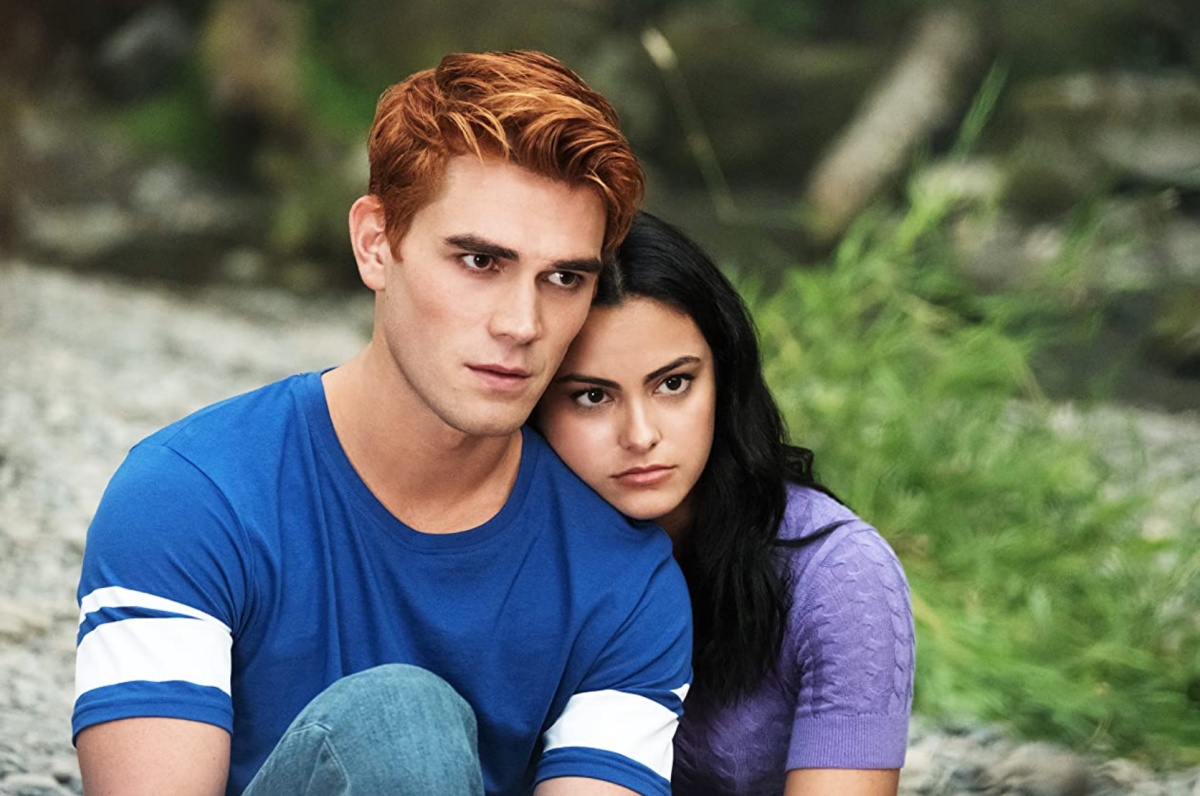 The CW’s Riverdale has made it known that season five of the hit teen drama would be a changeup through a five-year time jump, and boy did they not lie, going by new information about where we’ll find our characters five years later. But whenever you get a time-jump, it always leads to a little bit of chaos.

Veronica seems to always get the weird messy end of the stick because with this five-year time jump, according to That Hashtag Show, we’re going to see the mafia princess married off to a sloppy second from Katy Keene named Chad Gekko. Even though it will be the same character from the canceled spin-off, That Hashtag Show’s breakdown says he will be recast.

The character is described as being “controlling and neurotic” and works on Wall Street. Of course, he has a shady connection to Hiram through a series of shady deals and a failed Ponzi scheme. He is listed as a reoccurring guest star, but I’ll guess that the marriage will not be long-lasting once Archie comes back to town.

Our red-haired protagonist will return from the military with a new friend, Eric Jackson, who lost his leg and suffered third-degree burns. The casting sheet says that actors who are leg amputees are encouraged to submit, so I’m hoping that someone will be cast that reflects the character.

Jughead will also be sporting a new girlfriend named Jessica, a ” train-wreck-y hipster” who lives with him, but is pretty much over their relationship because he is too focused on his book. I’m already excited to root for Jessica despite the narrative clearly writing her to be the bad guy.

There is no news on the fate of the best character, Betty Cooper, but maybe she’s dating some guy who also has the serial killer gene and they are deeply in love, until one day he accidentally kills someone. Sounds ridiculous, but this is Riverdale.

Despite the up and down quality of the show, what has been really incredible is its constant ability to evolve into something new almost every season. It at least showed the good judgment to skip the characters all going to college and just have them return to their town in some way in order to keep the formula going. They pretty much acted like adults anyway, so if anything, getting rid of the high school is streamlining things.

As someone who always rooted for Josie and was hoping that Katy Keene would last long enough to give her something to do, I wonder if she will return to the OG series in some way. Riverdale has already been called out for its lack of storylines for Black characters, so I’m hoping that if one thing has actually changed during this time-skip, it’ll be more inclusive writing for characters of color.

(via That Hashtag Show, image: The CW)