So 'Riverdale' Does Not Know How Football Works | The Mary Sue

So Riverdale Does Not Know How Football Works

Or how college works. 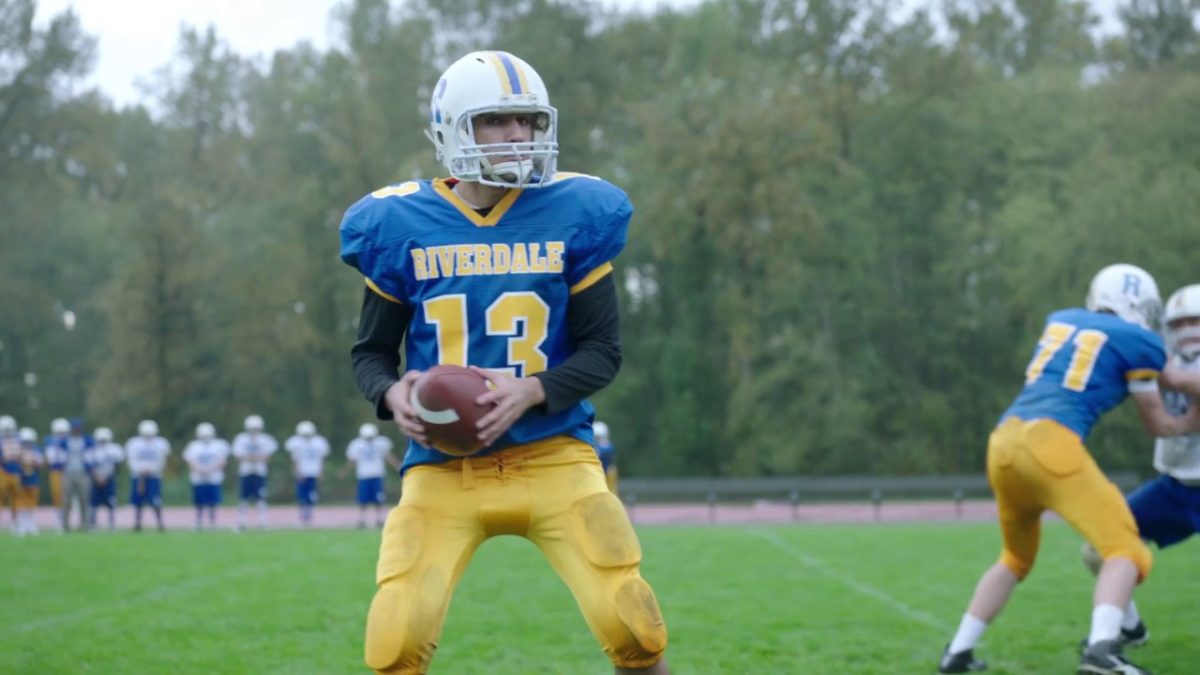 I love a good episode of The CW’s Riverdale because there’s always something in there that makes absolutely no sense. Most recently, I realized that maybe no one at Riverdale knows how sports work. To be even grander, they also don’t know how college works, but I’ll get to that.

In “Varsity Blues,” Archie is faced with understanding what football means to literally anyone else who isn’t him, but we, as the audience, also learn that no one in Riverdale has ever played football. Let me explain: Hiram Lodge is messing with his daughter’s business yet again, so Veronica and Reggie hash out a plan (very quickly) to send a message to Hiram. The problem is that they’re planning to do this at halftime.

Now, if you’ve ever attended a football game or been a player/cheerleader, you know that halftime is fun for the fans in the bleachers, but not fun for literally anyone else. As a cheerleader, that was our time to shine and entertain with the band. This is also when the team is in the locker room talking about their next moves for the second half.

So, how were Reggie and Veronica out in the parking lot destroying a car when they should have been occupied by other things? Who can say? But that’s not the only thing the last two episodes of Riverdale really got wrong. I also don’t think anyone on that staff ever applied for college. A lot of tension in these most recent episodes comes from Betty Cooper not getting into Yale, but Jughead being accepted. Want to know how he was accepted? His father just rolled up into a random meeting at his new fancy school and was like “You got in boy!” and then Betty found out she was denied because they didn’t want a serial killer’s daughter there.

Don’t worry, though, a recruiter for Yale showed up at some televised quiz show Betty was doing against Stonewall Prep (Jughead’s fancy school).

Actually, I’ve come to realize that maybe Riverdale doesn’t know how anything works. In the most recent episode, Hiram Lodge comes to the speakeasy his child runs and realizes she’s giving her rum to teenagers—because she, herself, is a teenager with a rum business. But within that, he says that it’s illegal and decides to have the raid with the police turn violent, and they just break every single bottle. I guess this is meant for the dramatics, because in reality, the police would just collect the rum and leave.

Do I watch Riverdale still just to be like, “How did anyone come up with this?” Probably, because 90% of this show is me screaming that that isn’t how life works, but then again, it’s Riverdale. So, in the beautiful world of Riverdale, everyone in that town is too obsessed with the teenagers, and there are clearly no rules as to how things function. Can’t wait to see what comes next.