Riverdale Season 4 Preview: A Tribute to Luke Perry and More | The Mary Sue

Get ready for a bittersweet new season. 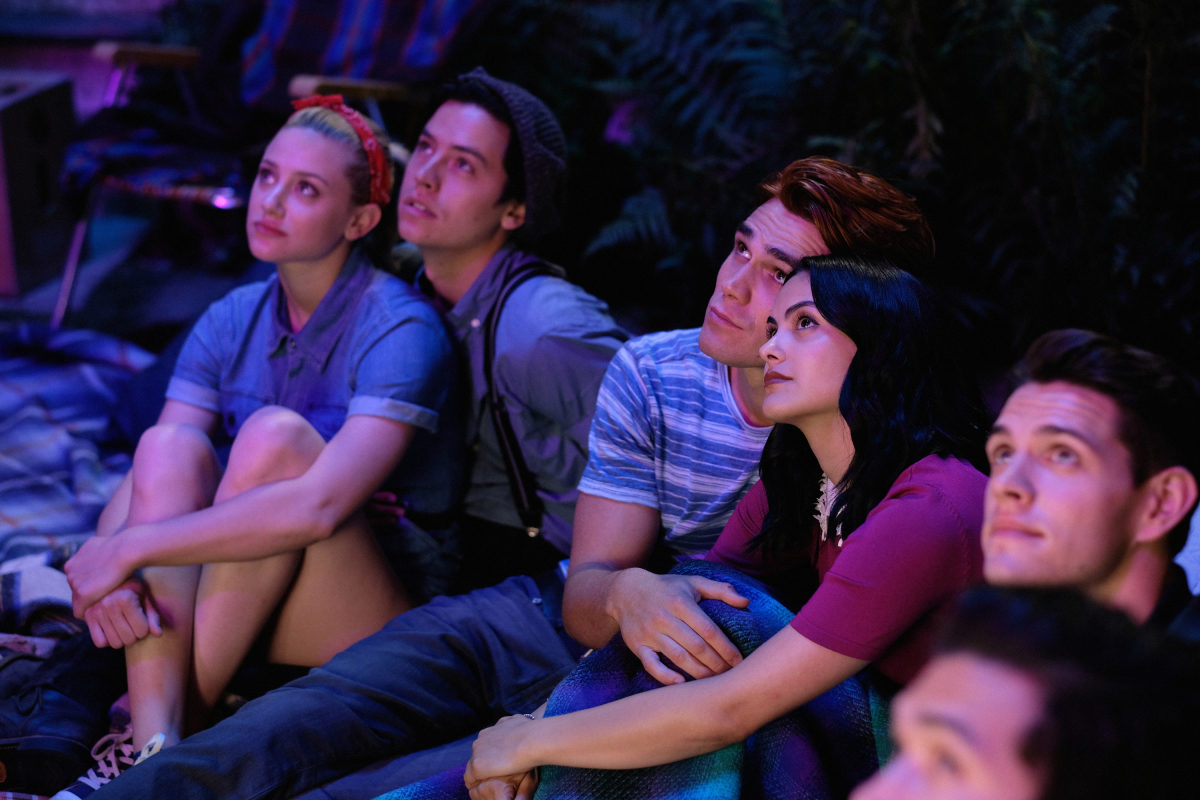 Riverdale is back next month, and we have the first photos from the season premiere. Titled “Chapter Fifty-Eight: In Memoriam” the episode will serve as a loving tribute to the late Luke Perry, who played Archie’s father, Fred Andrews. It was announced as San Diego Comic Con that Perry’s 90210 co-star, Shannen Doherty would guest star on the episode. Many tears were shed at the panel, both during and after a tribute to Perry played to the Hall H crowd. The love on stage showed just how much Perry’s kindness affected and inspired his co-stars and how much he will be missed by the cast and audience alike. Before that emotional panel, the cast and crew talked to press about the coming season, and what how the premiere will honor Perry’s legacy, as well as Fred Andrew’s.

“The loss of Fred I think brings a lot out in everyone,” KJ Apa, who plays Archie, explained. Archie won’t be the first teen on Riverdale to lose a parent – Cheryl and Betty both have dead fathers, but they were, let’s say, not very nice guys – but Fred Andrews had perhaps the most positive effects on those around him of any adult in Riverdale.  The loss of Fred and the subsequent mourning will bring out “a lot of memories,” says Apa. But it will also highlight Fred’s legacy in his son. “I think it also explains why Archie is such a selfless person as well, because there’s so many stories being told about Fred.” Honoring how Archie’s goodness comes from his dad will also honor Perry’s own legacy among the cast.

Riverdale producers made a very conscious choice last season to not address the loss of Fred on screen until they had time to truly do justice to the story, and honor Perry. Because Perry passed away during production, this meant shifting some of his final season three scenes and stories over to Archie’s mother Mary, played by Molly Ringwald. As season four gets underway, Ringwald will continue to have a major role in the series. “We’re finally going to dive deep into Archie’s relationship with Mary,” Apa explained, noting this was a “beautiful way to tell that story.” 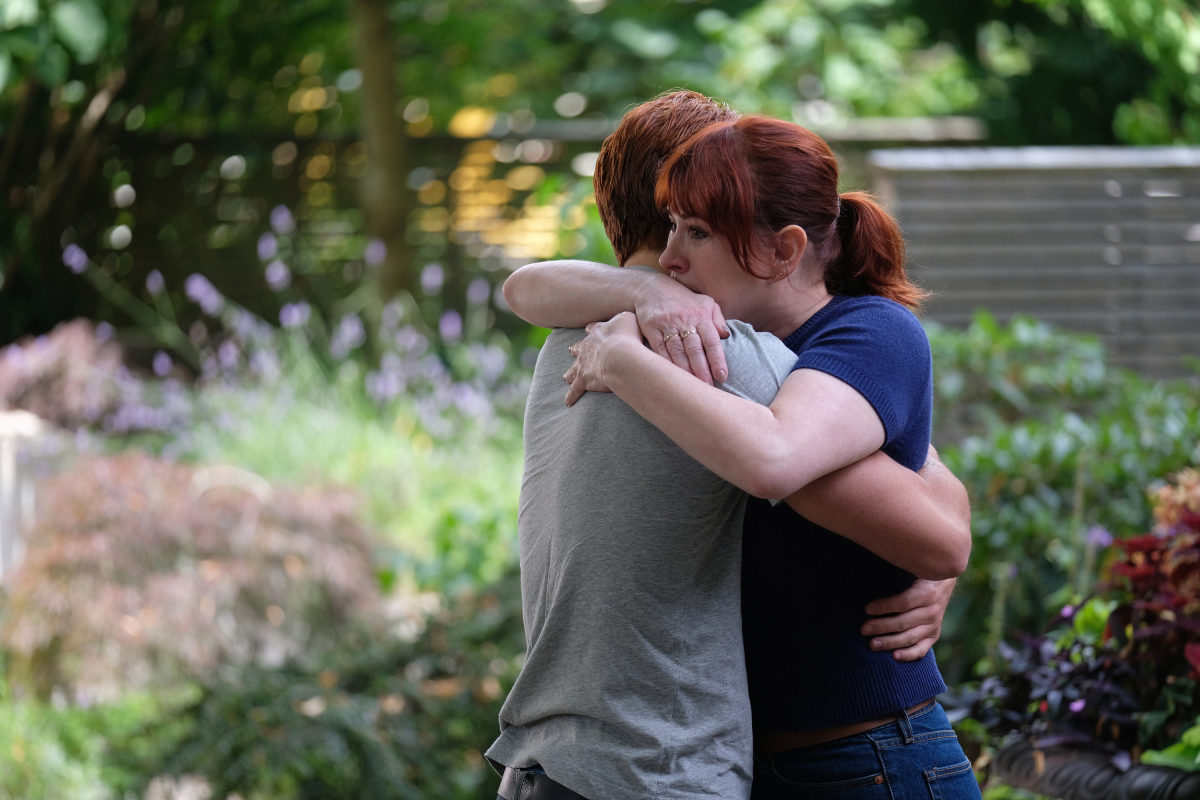 The season premiere episode will be somewhat separate from the rest of the season, according to showrunner Roberto Aguirre-Sacasa:”The first episode back is basically a stand alone episode, it’s set on July 4th in Riverdale and obviously it’s a tribute to Luke…It’s a tribute to the character of Fred.” Emotions ran high throughout filming, from the very first table read, Aguirre-Sacasa explained: “I never experience a table read like that…It was really emotional.” He added:“I hope it will be a real tribute and honor to Luke.” Apa had nothing but praise for the hour, saying “ I think it’s our strongest episode so far.” We’ll definitely have tissue ready.

But what about the rest of the season? It’s senior year for the teens of Riverdale, and they’re hoping for less murder and more carefree time as before they have to grow up. Well, we will be getting more of the kids enjoying their senior year of high school. “Most of this season is going to be a lot more based at the high school,” Aguirre-Sacasa told us. “It’s going to be a little bit more telling character stories.” Of course this is Riverdale and there are still gangs, murders and organ-harvesting cults running around, the later of which has Betty’s mom as a captive. We’ll be seeing a resolution to that very early in the season with what Aguirre-Sacasa described as a Dog Day Afternoon action movie with Betty trying to get her mom out of the far once and for all in episode three. 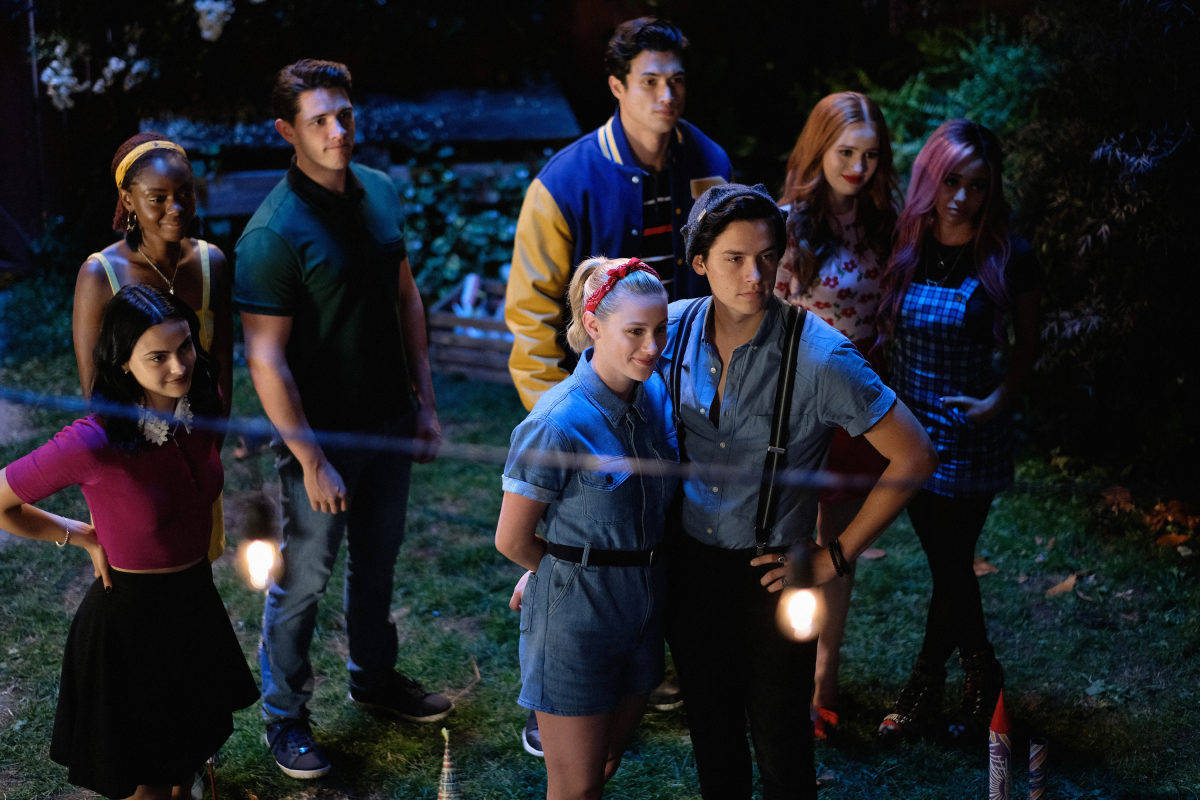 We know we’ll be getting more of the “core four”  together, but what about the serpent queen of out hearts, Cheryl Bloss0m (Madelaine Petsch)? She’s got a murderous mom on the run and her dead brother in the basement, so it’s going to be dramatic. “You will find out what happened to Penelope,” Aguirre-Sacasa assured us. And what about the corpse of Jason Blossom?  “He’s becoming a good listener for her,” Petsch joked; “That’s going to be obviously quite problematic for her relationship and for her mental health.” Speaking of that relationship: “You will be seeing a lot of Choni this season which makes me very happy,” Petsch explained.  They’re doing well but, as Petsch notes: “Cheryl’s keeping quite a large, body-sized secret in her basement.”

This season will also see more of Archie on the football field, a business venture between Cheryl and Veronica, and of course,we’ll continue to revisit the season three finale’s flash forward, where Betty, Archie and Veronica were covered in blood and burning a certain iconic piece of costuming.  “The first half of the season will be building up to the night Jughead’s beanie was burned,” Aguirre-Sacasa told us. That scene was a real shocker, but according to Apa, it was initially supposed to be very different: “That scene was meant to be all four of us but Cole was too cold that night to be in that scene, so they wrote it a different way and it ended up being three of us.” Whatever happened to Jughead isn’t something Apa knows, and he laughed to confess he had “no idea what’s going on’ for the rest of the season. Whatever it is, it’s sure to be fun.

Riverdale returns on Wednesday, October 9th at 8:00 on The CW.