Seeing River Song and the Thirteenth Doctor Together Is Important 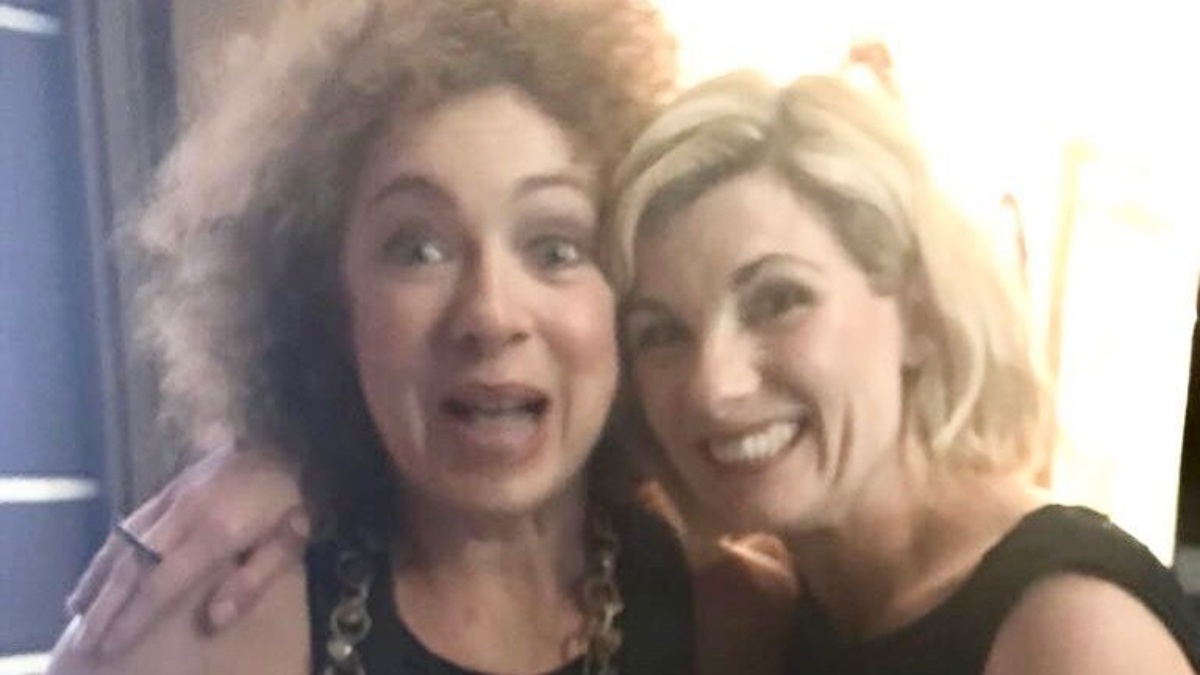 I respect the fact that Doctor Who wants its Thirteenth Doctor, played by English actress Jodie Whittaker, to stand on her own without strong ties to the previous monsters and characters from series that came before it.

It’s a bold move, that as pointed out by SyFy Wire’s Dany Roth is something that was done in the 70s, and became the eventual foundation for the future of the series. So I’m cool with this new iteration deciding to modernize the way the show works and also start fresh. However, there is one thing I really want and that’s for The Doctor to have her wife.

Yes, I’m biased in the fact that I deep love River Song, but it is more than just that: it this is an opportunity for the Doctor Who writers to really solidify the Doctor as a queer character. There have been hints in the past, especially with Jack Harkness, but since River is the Doctor’s Wife it would be wonderful to see those bonds be transferred over into this new Doctor. Also, it doesn’t have to be River, it could be any of the Doctor’s previous intimate female companions.

I’d love to see a reference to Sarah Jane, Martha, Bill, Donna … even Rose, because in the end that representation matters to the queer Doctor Who fanbase.

‘The Doctor and her wife’ would have been the *good* caption for this @DoctorWho_BBCA. 👀

Plus, this would be a lovely opportunity to remind general audiences that sexuality does not equal sex. It was deeply frustrating when the Bert and Ernie story was getting traction to hear people say things about how they didn’t think about genitals when it came to the characters and how “puppets don’t have sexualities” even though Miss Piggy is right there living a very hetero-fabulous life. No doubt many people would protest that a queer doctor would mean that she has to be out there being overtly sexual, but this is not the case.

However, there have definitely suggestions of River and the Doctor having a very physical relationship in the past, and no one had a problem with that when it was coded as heterosexual. We have watched River make innuendo after innuendo at Eleven saying she is a “screamer” and even in the “no kissing, no touching” era of Twelve there were still very loving intimate looks between Twelve and River. Plus Ten kissed everyone. And if the series is okay with having secondary queer characters on the show, why not the main hero? We watched Eleven and River basically imply bone across the galaxy. So even if they do want to be a little more intimate that should not be a huge deal.

Regardless of if they openly acknowledge Thirteenth’s implied bi/pan-sexuality it will be something that the fandom will mull over. Considering how many conversations we have about media wanting to get credit for being inclusive, but not taking that actual step of putting it on screen, I want Doctor Who to earn that. They aren’t afraid of having queer companions, so they shouldn’t be afraid of having an openly queer Doctor and I hope that they live up to that.