Doctor Who Season 7 Photos With River Song | The Mary Sue 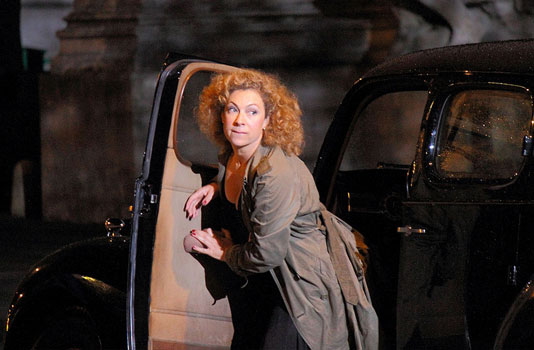 Shooting continues on Doctor Who season seven, and after a wibbly-wobbly, timey-wimey romp through New York City, the cast and crew are back in Cardiff, and joined by River Song herself, Alex Kingston. We hear there is something to do with River posing as a mobster, so proceed with caution because there might be spoilers ahead, sweetie!

Another warning that these scenes might contain spoilers, so consider this your last chance to bail out.

This particular shoot also included Karen Gillan, Arthur Darvill, and guest star Rob David. Matt Smith was not on hand, but his body double took his place. Fan site Doctor Who TV says that there was also a prop newspaper that indicated this scene took place in 1938 and still in New York, which explains River’s swanky car in that top pic.

As for this mobster, River will be posing as a character named Melody Malone, who appears in a book being read by Amy and the Doctor, and that book may or may not be a diary. Here is a shot with Amy and River, who looks troubled: 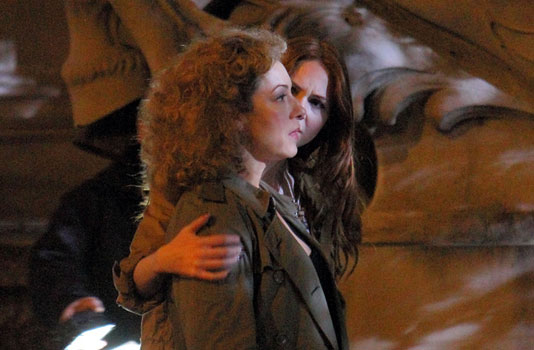 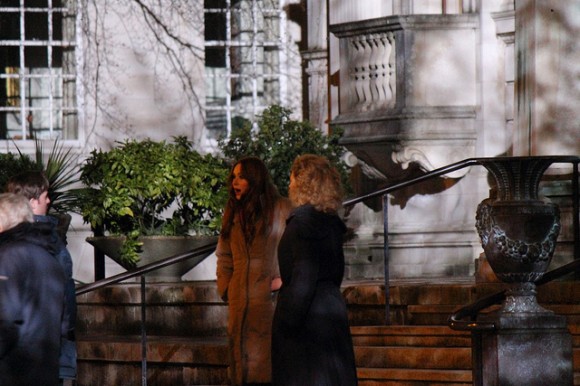 And another, with Karen Gillan making a funny face: 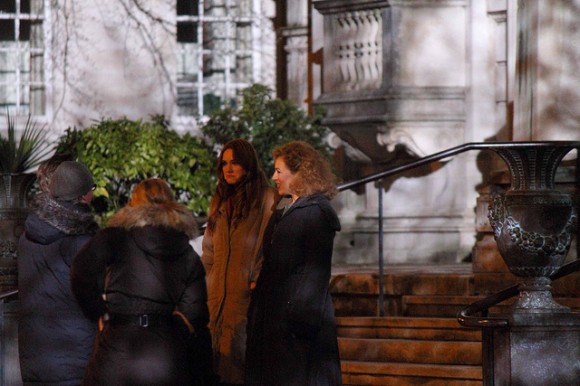 And finally, the most spoilery of them all, a duo of Weeping Angels … 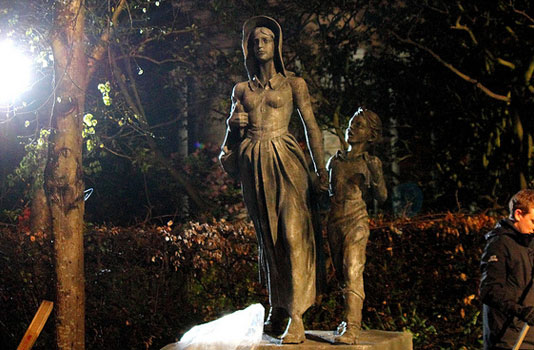 …that becomes just one: 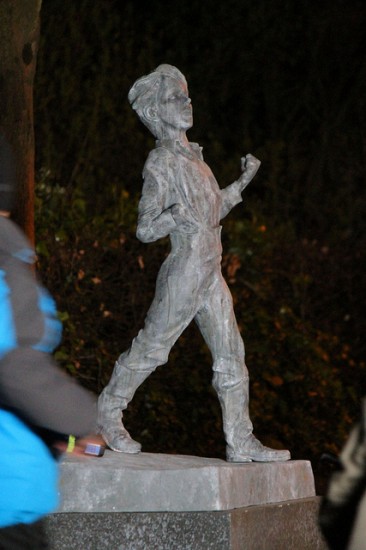 Hmmmmm … Wonder what’s happening here. And why River looks so concerned when there are Weeping Angels around Amy and Rory …