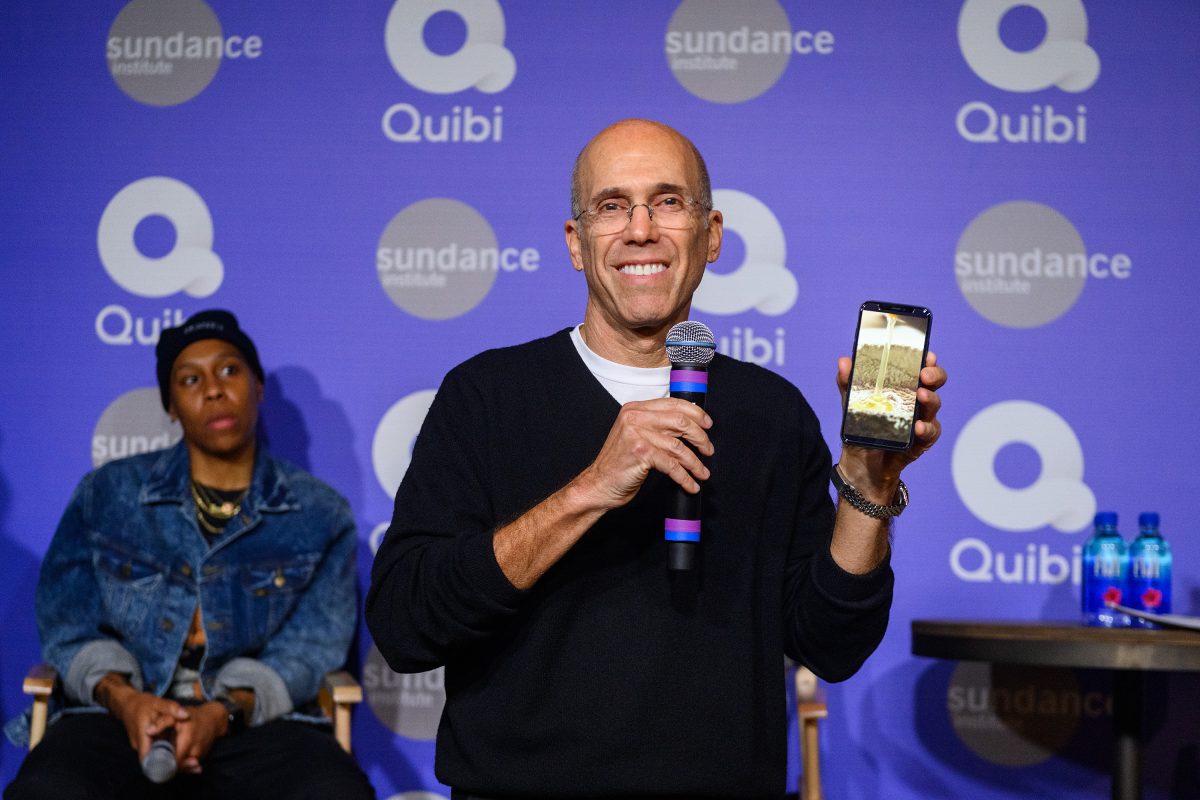 Don your black pajamas and fly your flags at half-mast: Quibi is no more. The streaming video app which offered brief nuggets of A-list laden content (Quibi is short for “quick bites”) is folding only a few months after its disastrous launch this spring. Quibi was the brainchild of entertainment mogul Jeffrey Katzenberg, who raised a staggering $1.75 billion from investors like Disney, NBCUniversal and Viacom.

In an open letter from Katzenberg and CEO Meg Whitman, they wrote, “So it is with an incredibly heavy heart that today we are announcing that we are winding down the business and looking to sell its content and technology assets.”

According to Katzenberg and Whitman, Quibi’s failure was a combination of the strength of the product and the ill-timed pandemic launch. “And yet, Quibi is not succeeding. Likely for one of two reasons: because the idea itself wasn’t strong enough to justify a standalone streaming service or because of our timing. Unfortunately, we will never know but we suspect it’s been a combination of the two. The circumstances of launching during a pandemic is something we could have never imagined but other businesses have faced these unprecedented challenges and have found their way through it. We were not able to do so,” they wrote.

In theory, Quibi had everything going for it when it launched. With Katzenberg at the helm, the service had a massive budget that drew A-list names like Reese Witherspoon, Chrissy Teigen, Steven Spielberg, and Sam Raimi to make original content. But it’s greatest failure was its own hubris.

Katzenberg and company refused to make Quibi available on other platforms, unlike every other streaming service. It wasn’t until months after its launch that they rushed to pivot to television. Defying any logic, they also intentionally made it impossible to even take a screenshot of a Quibi show on your phone, so that its content was not able to piggyback off of memes, gifs, or social chatter. And Quibi launched during the golden age of streaming, where viewers are inundated with more content than they could possibly watch.

Quibi’s entire strategy was quick nuggets of content to watch while you’re out and about, waiting in line at the bank, or commuting to work. But thanks to COVID-19, most folks found themselves stuck at home, where they would rather watch content on a laptop or television than on their phones.

Quibi also suffered from terrible reviews, thanks to storylines awkwardly crammed into 7 minute “quick bite” chunks. And despite big names, we got some wildly bad content like The Golden Arm, which is destined to be a cult classic.

But Quibi’s biggest misstep, in my opinion, was its complete disregard for social media. By blocking screencaps, Quibi effectively erased itself from any online presence, which is considered not only free advertising, but a critical component of a successful streaming platform. Quibi deeply misunderstood the importance of being able to live-tweet a show and follow online reactions. It’s a failure that can only be attributed to one essential truth: don’t put boomers in charge of designing a tech product for millennials and younger generations.

Make fun of it all you want, but Quibi’s Golden Arm wound up being a parable for Quibi’s entire business.pic.twitter.com/KRm0aA7XX0