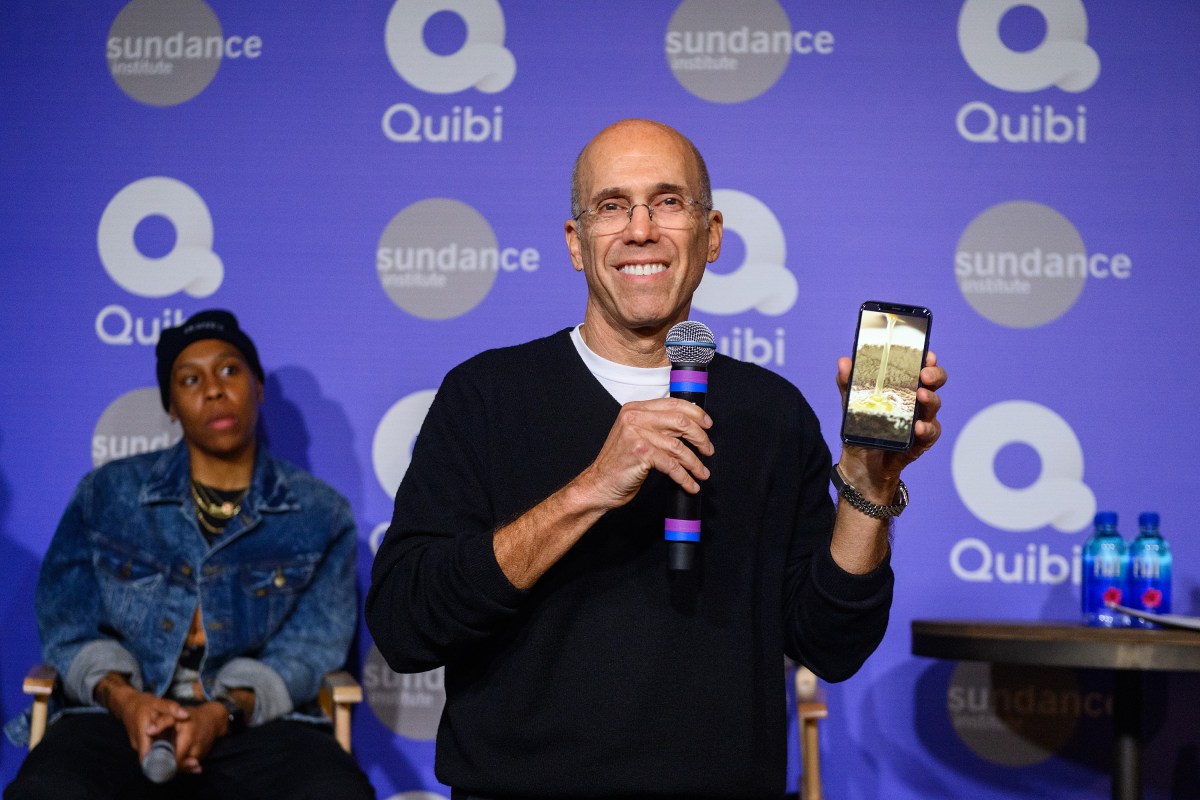 Despite over $1 billion in funding and the involvement of some of the biggest names in show business, Quibi has struggled to gain a foothold in the market. The app for bite-sized streaming content launched in March, with 1.7 million views in its first week. Quibi quickly nosedived in the ranking of Apple’s most downloaded free iPhone apps, where it is currently ranked at No. 125.

There are plenty of reasons why Quibi failed to launch. The oversaturation of streaming services and viewing options. Poorly reviewed shows and content. A complete ignorance of the ways in which social media is integral to streaming success.

But in a new interview with the New York Times, Quibi founder and entertainment mogul Jeffrey Katzenberg laid the blame for Quibi’s failure squarely at the feet of the COVID-19 pandemic.

Quibi was pitched as content on the go: whether you were waiting for the train, or sitting in a doctor’s office, or in line at the bank, you had just enough time to enjoy a tiny nugget of content. But with everyone stuck at home, those moments have since dissolved. After all, why watch something on your phone when you can watch it on television?

Katzenberg said, “My hope, my belief was that there would still be many in-between moments while sheltering in place, … There are still those moments, but it’s not the same. It’s out of sync.”

Quibi is now rushing to pivot to television, in addition to making their content shareable on social media.

The social media aspect is truly where, in my opinion, Quibi dropped the ball. Given the popularity of connecting with other fans and live-tweeting episodes, it is wild that Quibi launched without even the ability to screencap. There is little explanation or excuse for a tech company to miss this mark so wildly. Clearly, no one in the upper echelons of Quibi is a millennial.

Katzenberg acknowledged the mistakes, saying “There are a whole bunch of things we have now seen in the product that we thought we got mostly right, … but now that there are hundreds of people on there using it, you go, ‘Uh-oh, we didn’t see that.’” Katzenberg also admitted that he thought that Quibi’s slate of news programming, listed under the moniker Daily Essentials, would be more of a draw. It wasn’t, no doubt due to the absolutely depressing state of current affairs.

“The Daily Essentials are not that essential,” he joked. But while Katzenberg is rushing to correct these issues, the app has been plagued with security breaches and is now facing a lawsuit from tech firm Eko over proprietary software. All in all, it’s been a rough beta phase for the company.

Finally, NY Times asked Katzenberg about the comparative success of TikTok, to which he responded testily, “That’s like comparing apples to submarines … I don’t know what people are expecting from us. What did Netflix look like 30 days after it launched? To tell me about a company that has a billion users and is doing great in the past six weeks, I’m happy for them, but what the hell does it have to do with me?”

The Quibi Problem is perfectly summed up in the company’s bizarre exchange with Quibi fan podcast “Quibiverse,” hosted by Rob Dezendorf and Danielle Gibson. The duo received a cease and desist letter from Quibi’s lawyers for … promoting their platform and viewership?

Gibson said, “It just felt so surreal to get a cease-and-desist from a billion-dollar company, about our fan podcast, in the midst of a global health crisis.” Quibi later backtracked and Katzenberg himself appeared on the podcast to apologize, but the damage was done.

Many took to social media to call out the company’s failures:

Finally completed my documentary on Quibi. I hope you all watch and share. pic.twitter.com/kpjYq603td

When Jeffrey Katzenberg blames the failure of Quibi on the coronavirus. pic.twitter.com/2KbDLr0ivb

When did I know #Quibi was a disaster? About a month ago, when they started threatening legal action against independent podcasts that wanted to review and promote Quibi shows. FREE marketing and audience building for them. What a busload of dipshits. $1.8 BILLION down the drain

I guess TikTok:Quibi :: Apples:Submarines makes sense because just about everyone can enjoy an apple and almost no one has any practical use or budget for a submarine.

How does this “how do you do, fellow kids” help Quibi in any way?

Whitman comes from the op-Ed generation where pieces like this are thought to change the conversation…they don’t https://t.co/y5lcxWUyy5 pic.twitter.com/Sp6f8Xc2tU

I can’t wait for Hulu and Netflix to have competing Quibi documentaries.

.@Quibi hang in there hon

this is not the funniest thing about Quibi, but a funny thing about Quibi is that if they were just like “we’re a completely normal streaming service you can watch the regular ways, with new episodes of Reno 911 and a Sam Raimi Horror Anthology and so on” they’d probably be fine

he’s right, a pandemic resulting in millions of people with short attention spans stuck at home all day bored and desperate to be entertained was EXACTLY the scenario Quibi didn’t want https://t.co/QZHWcxJWrW

Quibi is baffling. I don’t want to watch anything on my phone and when I relax I want to settle in, not watch essentially a long music video. Rich people get to make such stupid mistakes.

all in all, another great day for Quibi