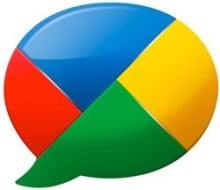 Today marks the end of an extremely awkward chapter in the life of Google, the overlords of the Internet. Today, Google announced that they are finally killing Google Buzz. The move to end Buzz comes as Google+ enters the field as a real power and as the search giant has begun pruning off many of its side projects.

When it was originally launched, Google Buzz was meant to be the search giant’s first foray into social networking. Its aim was to allow users to quickly and easily share their activity, and place it prominently on the main Gmail page. However, the service was far too overreaching, leading to an uproar that ended with the service becoming a wasteland, and Google in hot water with the U.S. Federal Trade Commission.

For the six of you that still use the service, Google says you’ll be able to pull down a copy of your data using Google Takeout.