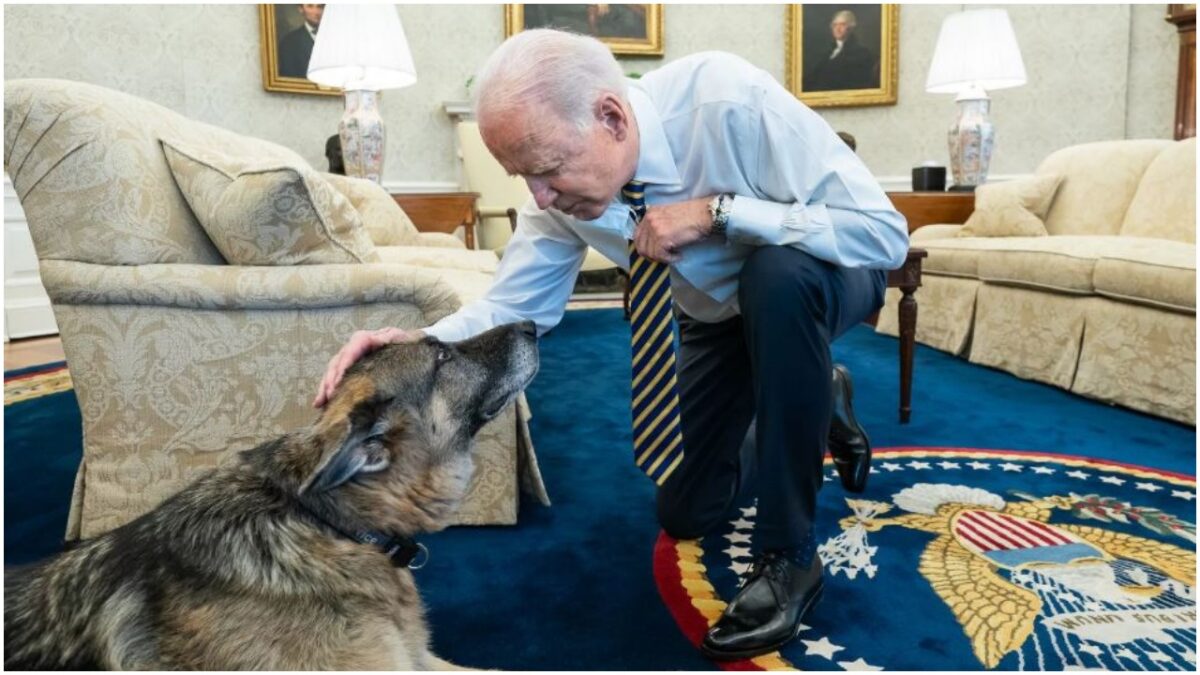 The White House announced today that first dog Champ Biden has passed away. The German shepherd, who the Bidens had raised from a puppy, was 13 years old. President Joe Biden and First Lady Jill Biden shared a statement on Champ, saying “Our hearts are heavy today as we let you all know that our beloved German Shepherd, Champ, passed away peacefully at home … He was our constant, cherished companion during the last 13 years and was adored by the entire Biden family.”

They continued, “He loved nothing more than curling up at our feet in front of a fire at the end of the day, joining us as a comforting presence in meetings, or sunning himself in the White House garden. In his younger days, he was happiest chasing golf balls on the front lawn of the Naval Observatory or racing to catch our grandchildren as they ran around our backyard in Delaware.”

Our family lost our loving companion Champ today. I will miss him. pic.twitter.com/sePqXBIAsE

Champ was a fixture at the Biden’s home in Delaware and in the White House. The dog joined the family in 2008, after Jill Biden promised her husband they could get a puppy if he and Barack Obama won the presidential election. Champ was joined in 2018 by puppy Major, who was adopted from the Delaware Humane Association.

Anyone who has ever had a pet knows the acute pain of losing their four-legged family member. It’s one of life’s greatest cruelties that our pets love us so fiercely and leave us so soon. The Biden family was met with an outpouring of support on social media from animal lovers across the globe.

The Bidens said goodbye to Champ, writing “In our most joyful moments and in our most grief-stricken days, he was there with us, sensitive to our every unspoken feeling and emotion. We love our sweet, good boy and will miss him always.”

I congratulate & salute all 38 new #HollywoodWalkOfFame honorees-Welcome to the neighborhood!
Much love & a very special 1-finger salute to the incomparable, hilarious & irreverent force of nature that was my space sis Carrie Fisher.❤️ Her star will blaze from here to eternity.🌠 pic.twitter.com/9qAg5UFFGf

Hope you’re having a thoughtful and celebratory Juneteenth, Mary Suevians!