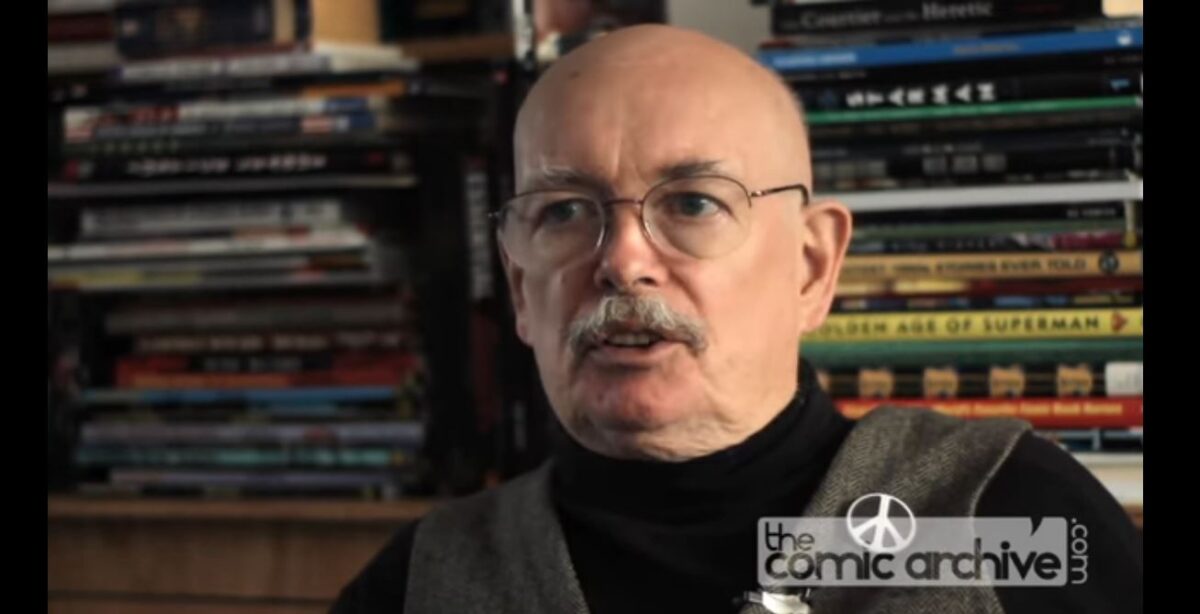 Legendary comic book author and editor Denny O’Neil has passed away at the age of 81. O’Neil worked at Marvel and DC, but is perhaps best known for his iconic work on Batman. Working with artist Neal Adams, O’Neil created the Bruce Wayne/Batman we know and love today: gritty, brooding, and distinctly Noir.

O’Neil’s work came at a pivotal time for the Caped Crusader, who still had the goofy, campy vibes of Adam West’s 1966 Batman. DC Chief Creative Officer and Publisher Jim Lee said, “Denny modestly described it as a return to the character’s roots, but it was much more than that, … They channeled the zeitgeist of the times and brought to life a darker, more evocative yet grounded take on Batman.” O’Neil also co-created the characters Ra’s al Ghul and Talia al Ghul.

O’Neil even came up the name of the most famous Autobot, Optimus Prime, when Marvel originally hired him to develop the Transformers property. Bob Budiansky took over the gig, but they kept the name.

Denny O’Neil made timeless comics by making comics about his time. The revolutions of the 60s, the excesses of the 70s, the corruption of the 80s, the facades of the 90s—he used super hero tropes as brushstrokes to paint a picture of who we are and who we could be. RIP. pic.twitter.com/eWwI6tfnrp

When I started in the business, there were certain editors who had my respect the instant I walked in the room, simply because of who they were, what they'd accomplished. Denny O'Neil was one of those editors. How fortunate I was to learn from one of the very best. pic.twitter.com/N1PV1at0Wz

We owe him for more than you think.
Batman.
Green Arrow.
And “During his time editing at Marvel, he was the one who hired then-newcomer Frank Miller to take over the Daredevil title.”
RIP Denny O’Neil#DennyOneil #ripdennyoneil pic.twitter.com/yeeWuo4K2i

Denny O'Neil – he saved the best of comics Golden Age, revitalized it for the Silver Age, and became the architect of all that was to come. RIP. pic.twitter.com/nqzfn469e1

Denny O'Neil was one of the first writers to introduce real world issues into comic books with his and Neal Adams's landmark GREEN LANTERN/GREEN ARROW series. Denny tackled real world issues such as racism. In a way comics had never seen before. pic.twitter.com/3CizT0vZ5P

I'm heartbroken. Denny was my mentor, my big brother, and my friend during my earliest years in comics. His influence on my personal growth as a human being can't be overstated. Our field has lost a giant. https://t.co/2w4u8RZjM9

Rest In Peace Denny O’Neil. I first became aware of him reading the Batman comics he made with Neil Adams. These stories opened up the wider world of classic adventure for me.

Just came out of a doctor’s appointment to learn that Denny O’Neil has passed. I can’t stop crying. He’s up there with Dwayne McDuffie for me, in terms of inspiration. Denny’s stories shaped my sense of self, my moral universe, how I approach writing and human interaction.

The Bat Bard passes, making it a hard traveling world without DENNY O’NEIL. He gave us back a Dark Knight Detective, asked an amazing Question, and nocked a classic Green Arrow. Talking to this legend on Fat Man on Batman & @ComicBookMenAMC were fanboy highlights of my life. RIP pic.twitter.com/fNGWGkCv2d

Lol "captain america" should not be trending right now. The state of the nation right now is *clearly* Nomad territory

Thank you for all the lovely birthday wishes!! I have some beautiful support from some truly wonderful fans. I’m feeling deeply grateful and humbled today. ❤️❤️