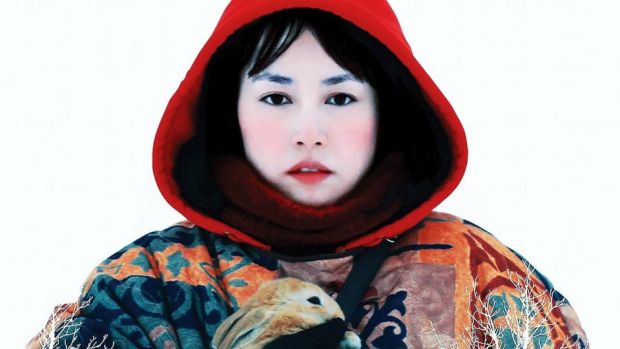 Whether she’s slaying as Mako Mori in Pacific Rim or breaking hearts in the new drama Kumiko, the Treasure Hunter (look for our review tomorrow!), Rinko Kikuchi is someone you want to see more of–and if her Star Wars dreams come true, that just might be the case.

The Mary Sue: Did the fact that Kumiko was based on a true story [Author’s note: Maybe don’t look that up until after the movie] influence your performance at all?

Rinko Kikuchi: I did not know that initially. I didn’t know about that while I was making the movie, apparently Nathan and David [Zellner, co-writers on Kumiko; Nathan Zellner also directed] both thought that information was not something that was that important for me.

TMS: I was very impressed by Kumiko’s determination to keep going no matter how many people doubted her. Is that something you identify with?

Kikuchi: I also was very impressed by her determination, regardless of the odds.

TMS: She’s also pressured throughout the movie to find a man and live her life the way men like her boss tell her to. Have you ever felt a similar pressure in your own life?

Kikuchi: Because of the line of work that I’ve chosen to go into, I think that has inured me to some extent from that kind of pressure. But I do also think that probably for most Japanese women in other fields, that after a certain age or by a certain age people do start that pressure to become married, settle down, have kids and things like that.

TMS: If there’s one thing you would want the audience to take away from Kumiko, what would it be?

Kikuchi: I suppose it might be to really treasure what you believe in. You know, follow your dreams and your beliefs.

Kikuchi: I want to be an actress who will take a good role when it’s good, and not because it’s such and such a role.

TMS: Is there one character you’ve played that is your favorite?

Kikuchi: It’s really hard to pick a favorite, you know, I like them all.

TMS: You’re one of Hollywood’s few Japanese leading ladies. Can you speak at all to what it’s like to work in an industry that is unfortunately still so undiverse?

TMS: Are there any major differences you’ve noticed between working in the North American film industry and the Japanese film industry?

TMS: I know you’ve worked with Rian Johnson in the past on The Brothers Bloom, and it was confirmed this morning that he’s going to work on Star Wars. If you got the opportunity, would you have any interest in acting in an upcoming Star Wars movie?

Kikuchi: I’d love to be in a Star Wars movie! But I’d hope to be able to work with Rian on something else before Star Wars! It could be after Star Wars too, it doesn’t have to be necessarily before. I just want to work with him!

TMS: You really enjoyed working on The Brothers Bloom, then?

Kikuchi: Yeah, it was so fun with him, so I really want to work with him again.

TMS: Are you a fan of Star Wars in general?

Kikuchi:  Yeah, it would kind of be a dream come true.

TMS: Is there any particular kind of character you’d like to play? In your dreams would you like to be a Jedi, or…

Kikuchi: If I can be in Star Wars, I’ll take any role! [laughs]

TMS: I know there’s probably not a lot you can say about it, but our readers are big Pacific Rim fans. Do you have any idea what we can expect from the sequel, or what your involvement in it might be?

Kikuchi: It does appear that the director has some ideas for a sequel. I’d be interested very much in working on a sequel, but there’s really nothing I can say in any specific terms.

Kumiko, the Treasure Hunter opened in New York on the 18th and will open in L.A. on the 20th.