Ringling Bros. Elephants to Be Retired Early, May Help in Cancer Research 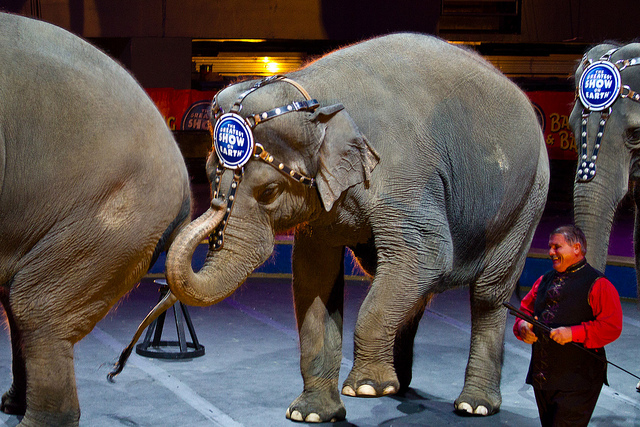 The use and treatment of the elephants used as part of Ringling Bros. Barnum and Bailey Circus have long been controversial. Now, it seems that controversy, and the legislation it has inspired nationwide, has made it harder for the circus to travel with animals. Ringling Bros. will now be retiring their elephant acts even earlier than planned.

Two years early, to be exact. The eleven elephants that are currently traveling with the show will be retired to the 200-acre Center for Elephant Conservation in central Florida, where they’ll join twenty-nine other elephants owned by the circus’ parent company, Feld Entertainment.

So, why the early move? Well, it has to do with legislation passed in several states designed to protect animals against abuse. Many local governments in the 115 cities the circus visits each year have recently passed laws designed to protect elephants or remove exotic animals from city-owned facilities. The legislation became too expensive for Feld Entertainment to fight, so they’re doing away with the elephant acts all together.

Elephants don’t get cancer as frequently as humans do, even though their bodies contain many more cells that could potentially become malignant. Scientists believe that elephant DNA may hold a cancer-suppressing gene that causes damaged cells to either repair themselves or self-destruct.

While at The Conservation, scientists will be able to study the elephants’ genomes, perhaps getting us closer to developing drugs for humans to replicate this effect.

It’s nice to know that these amazing animals are being retired from service and will be cared for the way they should be, helping to accomplish real good in the process.