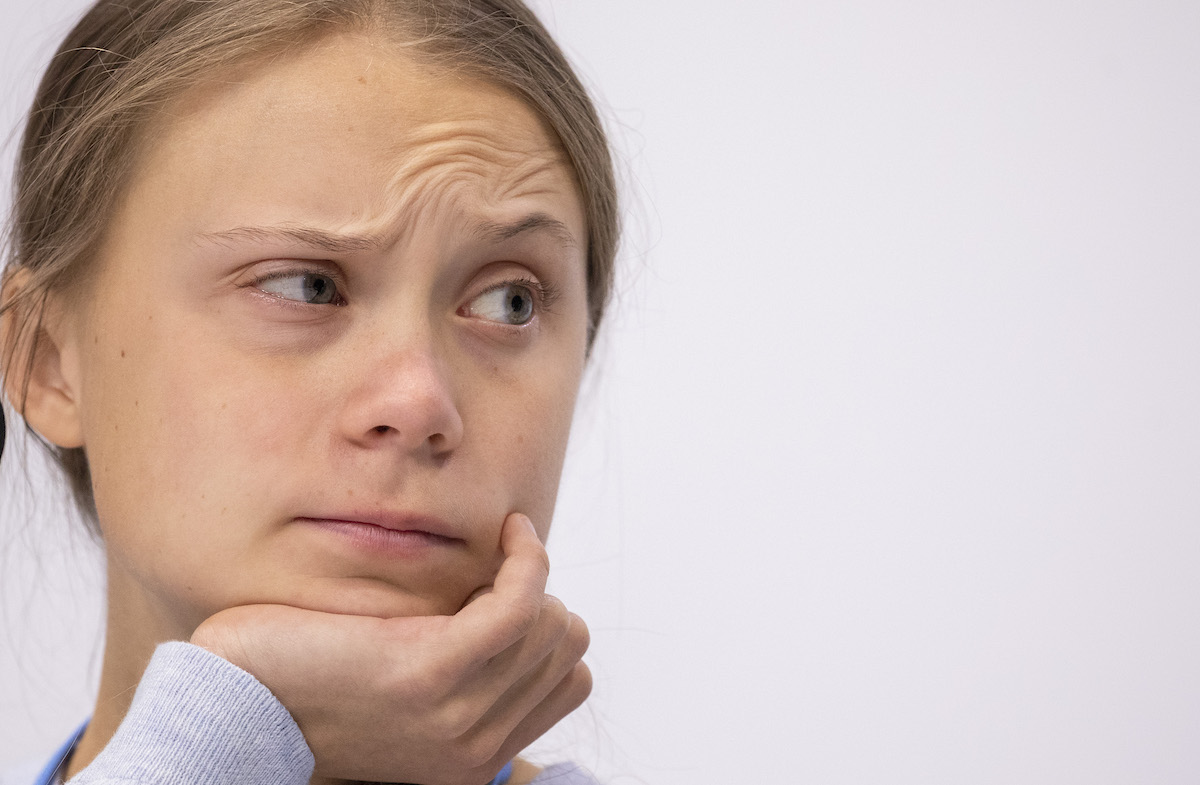 If there’s one guarantee around TIME’s Person of the Year, it’s that no matter who the magazine chooses, it’s bound to upset a lot of people. Despite the fact that the title is based on impact, not honor, dubbing someone “person of the year” still reads to most people as an endorsement.

The magazine’s Person of the Year for 2019 is Greta Thunberg, a choice that has sent all the worst people spiraling into major tantrum territory.

Every year there is an absolutely bizarre fuss made out of whoever gets this pointless arbitrary magazine designation, but this is a very good choice and I support any decision that will irrationally anger all the right people. https://t.co/2a70ru0psH

Donald Trump hasn’t tweeted about Thunberg yet (Update: Yes he has), but it’s hard to imagine he’s not fuming. Not only has he publicly mocked the young climate activist in the recent past, but he has a long history of being obsessed with TIME Magazine. He famously hung fake TIME covers featuring himself in his golf clubs. In 2012, he tweeted “I knew last year that @TIME Magazine lost all credibility when they didn’t include me in their Top 100.” In 2013, when he wasn’t on that list again, he called it “a joke and stunt of a magazine.” In 2015, when Angela Merkel was picked, he tweeted, “I told you @TIME Magazine would never pick me as person of the year despite being the big favorite They picked person who is ruining Germany.” In 2016, he actually was named Person of the Year but by 2017, he was back to pouting about it.

Time Magazine called to say that I was PROBABLY going to be named “Man (Person) of the Year,” like last year, but I would have to agree to an interview and a major photo shoot. I said probably is no good and took a pass. Thanks anyway!

Before Trump the elder got around to commenting on Thunberg, his dopey son was more than eager to pick up the slack.

Time leaves out the Hong Kong Protesters fighting for their lives and freedoms to push a teen being used as a marketing gimmick.

The Hong Kong protesters were on TIME’s shortlist and clearly, theirs is a cause that means a lot to Trump Jr. Just kidding, these are literally his only two tweets about Hong Kong since the protests started: 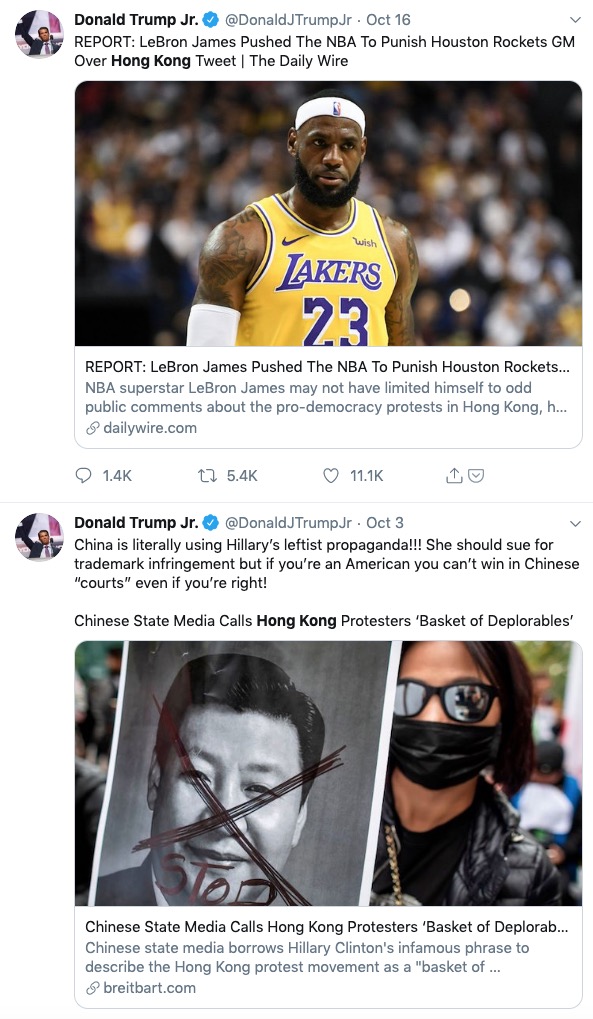 He’s expressed even less support for the protesters than his father, who has said next to nothing on the issue.

Your father has barely uttered a word in support of them you insufferable little schlub.

Precisely the same honor she received from INSUFFERABLE CHILD-SCOLD GAZETTE.

Pissed off kid who hasn’t changed a thing named Time’s “Person of the Year.” I’m guessing Colin Kaepernic was the runner-up as long as pointless symbolism was the primary requirement.

The most surprising thing about this is realizing Time Magazine is still in business.

Teacher: “You have missed a lot of school, young lady! Do you have a doctor’s note to excuse your truancy?”

Teacher: so… no note then?

Greta: How dare you.

well well well, what do we have here? pic.twitter.com/4BTPXGpbGv

For the record, Thunberg is only the fifth individual woman or girl to be named person of the year in the 90-plus-year history of the title. But concern trolls are gonna troll, no matter what.

Whether or not you agree with this one magazine’s ultimately arbitrary assessment that Thunberg and what she represents deserve this recognition–and she herself notably does not!–there are plenty of ways to express that that don’t involve being a belligerent jerk to a teenager.