Women are too hard to animate, brown people are too expensive to make films about. 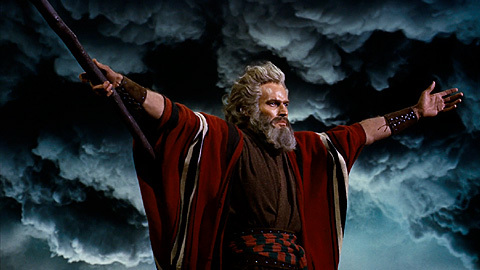 There are polite and considerate ways to say that in the face of a modern age of Biblical scholarship and historical study, the pressures of a racist Hollywood system forced you to cast only white people in the lead roles of a movie about a known era of Middle Eastern history.

This is not one of them.

In a Variety piece (in which the writer expresses indignation that Exodus has already faced backlash for a whitewashed main cast by pointing out the lack of outrage over Biblical whitewashing in a movie with a notoriously racist director, a movie that actually faced quite a lot of backlash over whitewashing, and a movie that came out in 1956), director Ridley Scott was asked about why he decided to cast Joel Edgerton and Sigourney Weaver as Egyptian royalty and Christian Bale and Aaron Paul as Moses and Joshua in his upcoming epic Exodus: Gods and Kings. And this time the answer wasn’t a platitude about “theories about the ethnicity of the Egyptian people.”

I can’t mount a film of this budget, where I have to rely on tax rebates in Spain, and say that my lead actor is Mohammad so-and-so from such-and-such. I’m just not going to get it financed. So the question doesn’t even come up.

I’m not even really sure where to start here.

The fact that Scott, one of the best established auteur filmmakers in modern Hollywood, feels that his role is to be complacent to racism rather than to seek to prove wrong the assumption that an actor of color cannot lead a blockbuster film. The casual dismissal of the hard-won Hollywood careers of the numerous actors of color ready to take on a role as iconic as Moses in the story of Exodus as “Mohammad so-and-so from such-and-such.” That the writer of the Variety article, and its editor, both felt that criticism of Exodus‘s casting could be dismissed by pointing out that Moses is historically white… in movies. That… “the question doesn’t even come up.”

Scott could have expressed regret that Hollywood is still so entrenched in racism that the idea of presenting historically Middle Eastern characters as actual Middle Easterners made his movie impossible to produce otherwise. He could have talked about a desire to combat what he felt was a significant restriction by casting a host of mixed-race actors and actors of color like Ben Kingsley, Golshifteh Farahani, and Indira Varma in secondary roles (Nun, Nefertari, and Miriam, respectively).

But instead, the question didn’t even come up.