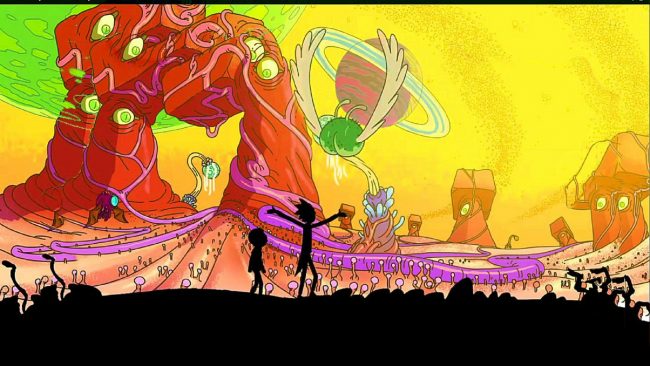 The interminable wait for new Rick and Morty episodes seems to grow longer by the day, and with the vague “early 2017” listing, who knows when that wait will end. I want to say it’ll be okay, though, because it seems the creators are still pretty set on giving us plenty of fun stuff to poke at in the mean time. Enter: “GalacticFederation.com“, a website set up to allow us a peek into “how Earth C-137 is coping with the events of the Season 2 finale.”

With Rick imprisoned, and Earth inducted into the Galactic Federation, the rest of the earthbound characters are faced with a huge culture shock.

Sign up now for MyFederation Rewards (Mandatory For All Humans!) and no, we don’t have a premiere date yet.

Visiting the website and attempting to sign up for MyFederation Rewards results in a “hacked” console that logs you in as Gromflomite 4 (or is it 2), one of the many Mantis-like creatures that seem to rule all over the Federation. Then you get to scroll around in their approximation of Tumblr or Twitter, with social media posts from your hacked MyFederation account.

It’s funny: the aliens are just like us, of course, and they can’t help but reblog videos of recipes, cutesy life protips, or inspiring videos from “Klaargworthy” (read: Upworthy). And of course, clickbait is clickbait anywhere you are in the Federation, so proceed with caution.

In all, the website’s a fun, “in-universe” look at how life seems to be developing in the lead-up to season 3. In the absence of any other Rick and Morty content, it’ll do just fine.