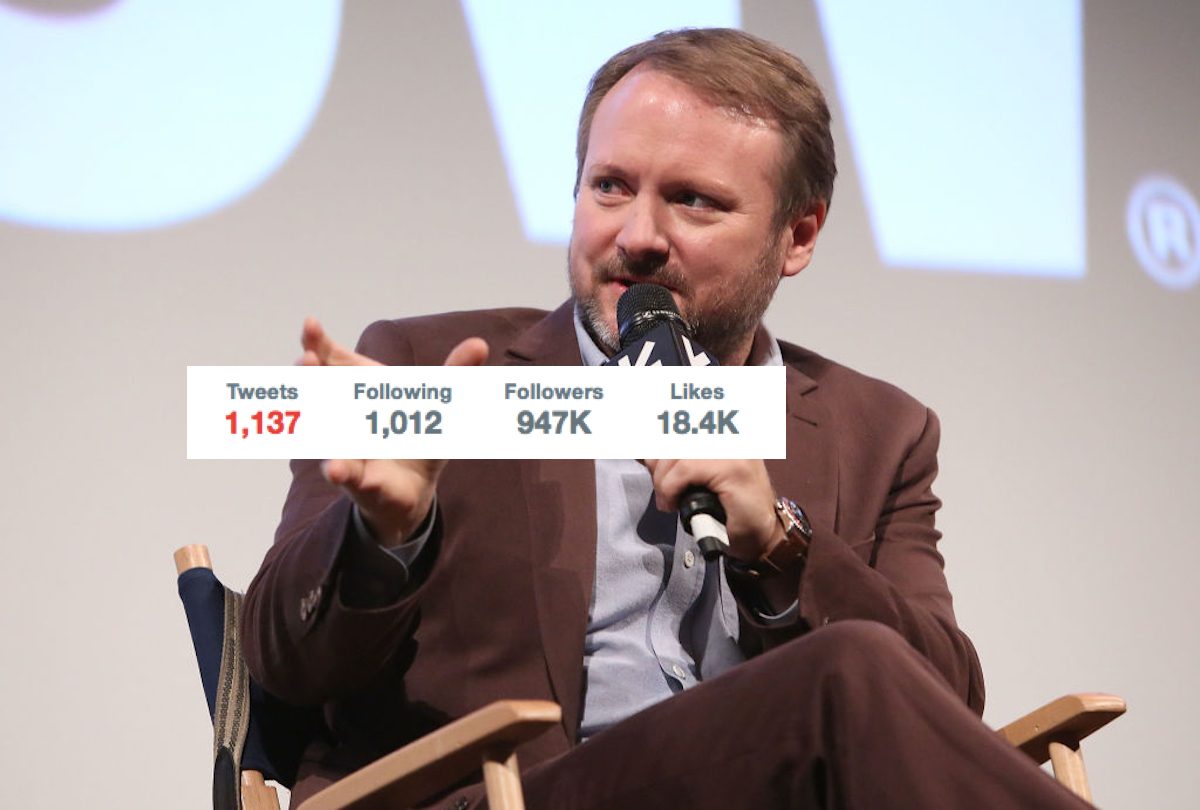 In the wake of Guardians of the Galaxy director James Gunn’s firing for old, resurfaced tweets, will it become standard practice for those in the spotlight to regularly purge their social media? The Last Jedi director Rian Johnson recently removed a huge number of tweets from his account.

Disney set a dangerous precedent last week by cutting ties with filmmaker James Gunn for offensive messages he posted online prior to his involvement with the Marvel Cinematic Universe. These actions have put many members of Hollywood on the defensive, with The Last Jedi writer/director Rian Johnson deleting all of his posts prior to January 25th of this year.

Johnson was an extremely active Twitter user and often used the platform to interact with fans and fellow creatives. He’s still actively tweeting, but with only 1,300+ tweets remaining on his account, to cut out 20,000 tweets is pretty massive. It’s unclear why Johnson took this action: perhaps prohibitively, wary of trolls posting things he’s said out of context, which is now all the rage. It’s also possible that Disney has issued some sort of directive to their talent about social media post-Gunn situation, suggesting caution or deletion. But that’s just me speculating.

I’m conflicted about this move. Obviously, it’s Johnson’s account and he can do whatever he wants, and on the Internet nothing truly dies and there are ways to resurrect this content—but it feels sad to me to lose so much of someone’s social media history, especially someone who had such a relevant pop culture place in it as Johnson. I hope mass deletion doesn’t become a “best practice” moving forward.

[UPDATE: Johnson himself has weighed in and confirmed that the deletion was a preemptive measure he personally decided to take out of an abundance of caution—though he doesn’t think he’s ever tweeted anything that would get him into trouble—against the wave of concern trolls digging up past tweets to weaponize them.]

What else did you see today on these here Internets?