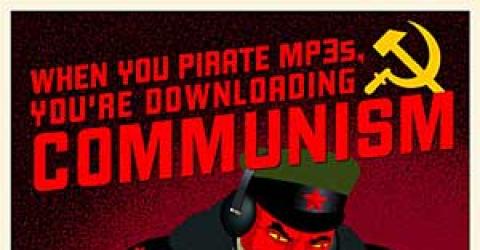 The joint proposal from the MPAA and RIAA is, as one might suspect, the sort of thing that wouldn’t seem amiss coming out of the mouth of a black clad man with one cataract-filled eye, who sits in a swivel chair at one end of a glossy conference table and strokes a white Persian cat.  Once he finishes speaking, his henchmen drag you away from your computer, screaming.

The Electronic Frontier Foundation has a good rundown article of the proposals, which include:

Of course, these are just proposals made by the people who stand to gain the most from restricting intellectual property enforcement, and are nowhere near becoming actual law.  But they are an informative look at what the MPAA and RIAA would like to get away with, if they could: a near Orwellian grip on the consumer that is sure to hinder, inconvenience and/or seriously harm many, many more innocents than it catches criminals.