Rewatching the Avatar: The Last Airbender Finale: Or, How I Learned to Love the Lion Turtle 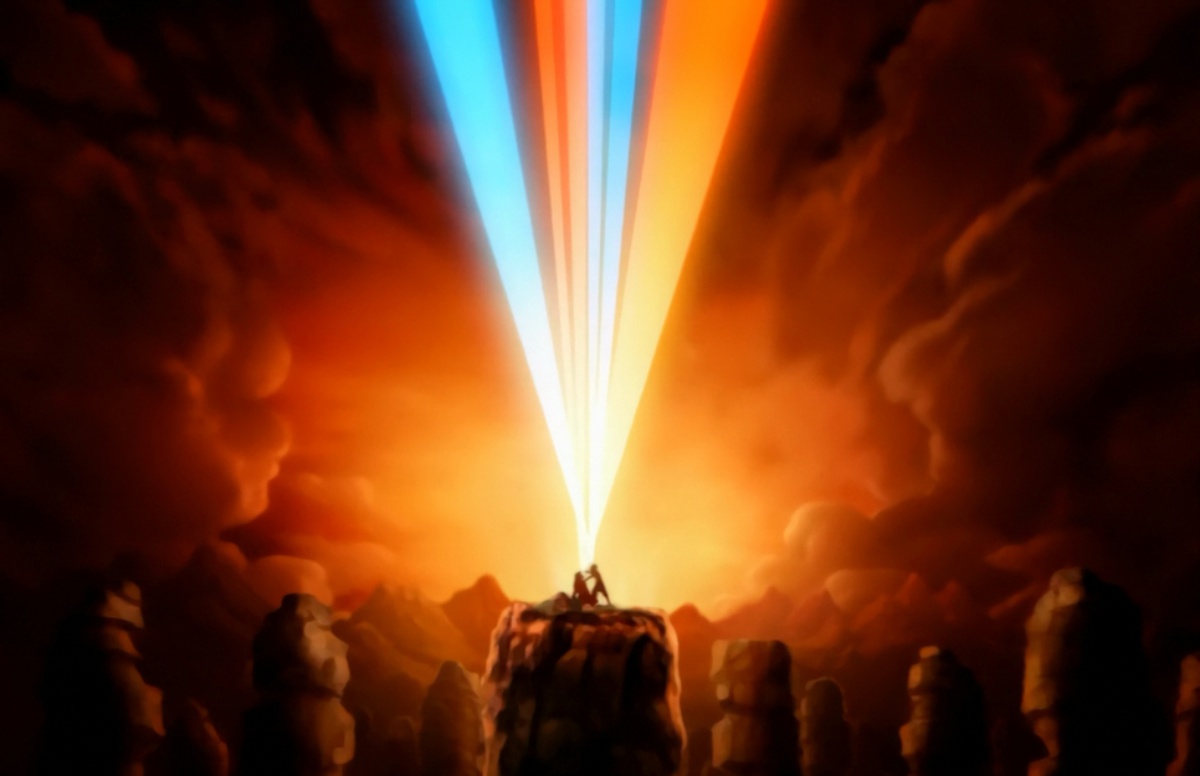 We just recently celebrated the ten-year anniversary of the finale of Avatar: The Last Airbender, and so I decided to finally re-watch the series finale (I’m gonna wait until I get my Blu-ray to re-watch the whole series) and took that time to reflect on how different I feel about the ending now at the ripe age of twenty-six compared to how I felt at sixteen.

At sixteen I remember viscerally being disappointed at the series finale, because I felt like Aang hadn’t given up anything. Aang, an Airbender, and raised with certain religious values, does not believe in killing Fire Lord Ozai. ”But he’s still a human being,” Aang says, defending the fact that he doesn’t want to kill Ozai.

Aang is then called in the night to a mysterious “island” where he decided to contact four of his past incarnations: Avatar Yangchen, Avatar Kuruk,  Avatar Kyoshi and Avatar Roku for advice. All of his past lives give him advice based on their experiences as the Avatar.

For Roku, as the Avatar whose childhood friend started this war and committed genocide, he sees the fact that he did not act sooner in standing up against Sozien as the reason for the war. Roku’s advice: “You must be decisive.”

Avatar Kyoshi, whose backstory we know briefly from the episode in which Kyoshi island is introduced, explains that when Chin the Conqueror attempted to take over the entire Earth Kingdom, he was stopped when Kyoshi used her bending to separate her homeland from the main continent and created Kyoshi Island. Chin fell from the edge of the cliff that Kyoshi created, plummeting to his death. To Kyoshi, the fact that this was an accident made no difference, because she would have done whatever was necessary to protect the world. Her advice: “Only justice will bring peace.”

Avatar Kuruk was a surf-boy Avatar who would have honestly been a great guide for Korra in her own series, who grew up in a relatively peaceful era as the Avatar. As a result, he was not proactive in his duties and became arrogant. It was that lack of action and his personality that, in his eyes, that led to his wife’s face being stolen by Kyo the Facestealer. His advice: “Aang, you must actively shape your own destiny and the destiny of the world.”

Finally, there was Avatar Yangchen (Susan), an Air Nomad Avatar like Aang. The one he had hoped would understand his plight more than anyone else. However, Yangchen was known for being a fierce warrior who would do whatever it took to maintain balance. For her being a pacifist as an Air Nomad was a noble thing, however, as the Avatar she felt there was a responsibility to ensure the balance even if it meant going against something you believed strongly. Yangchen’s advice: “Selfless duty calls you to sacrifice your own spiritual needs and do whatever it takes to protect the world.”

Of all the advice that was given to Aang, is was Yangchen’s that really stuck out to me. For me it made sense, it was selfish of Aang to want to get out of making this personal sacrifice, when so many others had made sacrifices along the way to saving the world.

Then he speaks to the lion turtle, who tells him: “The true mind can weather all the lies and illusions without being lost. The true heart can touch the poison of hatred without being harmed. Since beginningless time, darkness thrives in the void, but always yields to purifying light.” 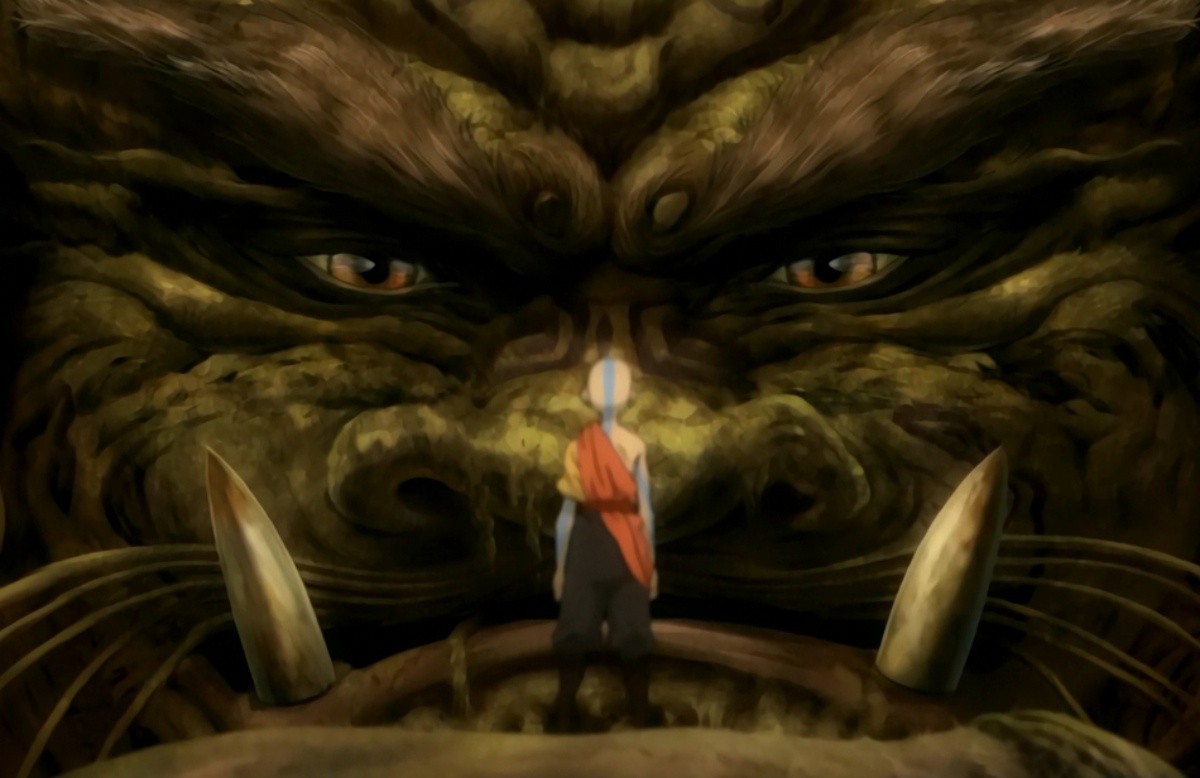 In the commentary for the series finale four-parter, Bryke explains that one of the influences for this story element came out of the Bhagavad Gita (or The Gitas), which is part of the Hindu epic, the Mahabharata.

Prince Arjuna is filled with doubt when he looks upon the battlefield and sees that some of the enemies he will be fighting are his own relatives, friends, and teachers. So he goes to seek the council of Krishna, a major deity in Hinduism, the eighth avatar of the god Vishnu and also as the supreme God in his own right. Krishna explains to Arjuna that his duty as a prince is to fight in this war. It is very much in line with what Avatar Yangchen says.

As an adult, rewatching the finale, I was 100% Team Aang. Not only did I understand the fact that Aang was stronger because he wanted to try and defeat Ozai using his own principles as a human being, but I also understood the larger reason why needed to do this.

Aang, at this point before Korra brought back air bending with Harmonic Convergence, was the last Airbender with only the hope that one day one of his children would be both an Airbender and have children to carry on the religion and legacy of those traditions. The decision to honor his people in this way is how he helps them live on in the now. And also prove that just because the Fire Nation killed them off years before it does not invalidate their power and their legacy is the now. Aang is proving that the strength of an Air Nomad is knowing when not to give in to aggression and hate.

I also realize how silly it was of me to act as though Aang hadn’t given up anything. He was the last of his kind, he had missed out on years of his life, all the childhood friends he grew up with were dead and yet, even knowing all of that, Aang holds to his principles. That is heroic.

The lion turtle or Ancient One is reflective of two things: one, the fact that Aang has always gotten help from the spirits in these crises like during the siege of Water Tribe and two, a tradition in different mythologies of going to a divine spirit to get help in a crisis and receiving a gift or advice to help on their journey. We are so used to the idea of a deus ex machina in our modern day context of storytelling that we forget that in mythology gods and spirits muck shit up all the time and while the lion turtle gives Aang the knowledge of energy bending, it is ultimately his choice to use it and do good with that power.

Aang fought evil without turning into someone he would hate. In this political involvement when that kind of ideology seems so idealistic and far away, it is something that I now take comfort in as an adult than an angsty teenager.