Review: Victor Frankenstein Is a Monster Made From Too Many Different Parts 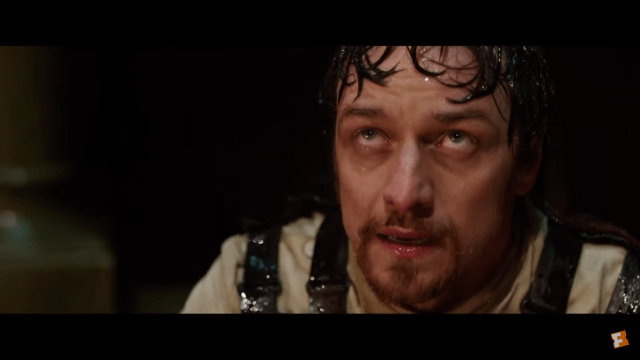 I’m going to start this off as a huge, mind-numbing devil’s advocate, as well as offer up a suggestion to any potential viewers of the steam-punk version of Mary Shelley’s tale in the newest adaptation, Victor Frankenstein. I will not go out my way to say that this is, in any way, a good film. It is not. I will say that if you go into the film with the expectation to see a campy romp with Daniel Radcliffe and James McAvoy showcasing an unexpected amount of on-screen chemistry, then you might be in luck. If you’re looking to escape the holiday stress with a film that will literally require you to turn your brain off for two hours, you will also be in luck. If you’re looking for high-brow entertainment, or maybe, as the marketing would suggest, something akin to Robert Downey Jr.’s Sherlock Holmesseries, you will be massively disappointed.

It’s just not a very good movie, and much of the time, it seems like a colossal waste of McAvoy’s considerable talents. Directed by Paul McGuigan, it takes a different look at the Frankenstein origin story, focusing less on the monster, more on Frankenstein (McAvoy) himself, and he heart of the attention is placed on Frankenstein’s relationship with his assistant, Igor (Radcliffe). The film takes us through their first meeting (I really want to write meet cute but will refrain) when Frankenstein rescues Igor from the horrors and belittlement of his job as a clown. Igor is freshened up and, with Frankenstein’s aid, is able to practice and study medicine, his lifelong dream. Of course, problems arise in the forms of a nosy Scotland Yard detective, who’s curious about missing animal limbs, and of friction between Igor and Frankenstein about how to conduct their experiments and what’s considered morally sound.

It’s a messy film in its tone, dialogue, and general aesthetic, but my greatest grievance with it thankfully only happens a handful of times throughout. Most closely likened to BBC’s Sherlock, the film uses popup medical writings, crude drawings of animal anatomy, and a truly bizarre moment where instead of having the character introduce himself, the name “Victor Frankenstein” simply is slapped on screen in a split second freeze frame. It’s jarring and sets the tone for the rest of the movie where we don’t know exactly what path it’s going to toss us on. 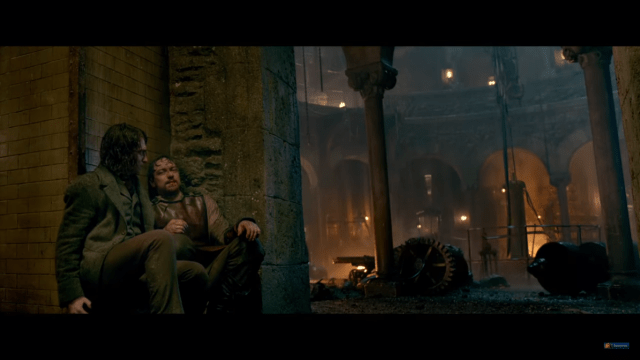 McAvoy’s presence can improve just about any film, no matter how derivative or dull—just look at Becoming Jane or Trance—and there are parts where he does just that with Victor Frankenstein as well, delivering lines of dialogue with a delicious amount of effect. There’s nothing small about his performance as Frankenstein, nothing subtle or internal. It’s all external charm trying to woo the audience into watching this mess without rolling their eyes into the back of their heads, and to his credit, sometimes it works. The rest of the cast survives here and there, with Radcliffe doing serviceable physical work and playing great with McAvoy, and Andrew Scott playing another version of the type of character we’ve grown accustomed to seeing him in (let’s give him some variety, please). Charles Dance even makes a formidable, if brief, appearance. But the best talents can’t save a messy script, no matter how many verbal cartwheels McAvoy spins.

The script is a catastrophic mess, never quite knowing where it’s going and never quite seeming like it wants to have a direction at all. Max Landis has written a film that contradicts itself. At its best, it’s pure campiness—silly and fun and shallow, but at the very least entertaining. At its worst, it’s trying to be a thematically self-serious film that meditates on the notions of God and humans and all who fall in between with the characters arguing the worth of religion in a scientific world. These ponderings don’t mesh well with its more over-the-top workings. The steam-punk aesthetic, the opening at the circus, the creature design, and McAvoy’s performance all steer the film into a sillier, lighter affair. It’s a shame Landis couldn’t have homed in on a single tone, rather than spitballing 20 and hoping one of them stuck.

If Victor Frankenstein had at least entertained me, I would have been happy. I would have loved to see a purely campy version of it, instead of the one that we got that too often reeked of forced seriousness. I wanted to enjoy it and wanted to be surprised by how much I liked it, but I can’t say that anything about it surprised me. However, McGuigan has moments where he captures chaotic beauty, from the streets of London, to a towering, seaside fortress in Scotland. There’s fun to be had, the friendship/love story/codependency trauma of Igor and Frankenstein is enjoyable, and I cannot say enough about how much McAvoy can do with a single syllable (for good or bad effect).

But here I am, talking in circles, trying desperately to defend a movie that, at the end of the day, couldn’t pick a vision and stick with it—silly and fun if you turn your brain off and very little more. Watch if you’re a fan of the actors involved and if you’re looking for something entertaining over the holidays.