Review: Vice Is a Look at the Monsters in Charge | The Mary Sue

Review: Vice Is a Look at the Monsters in Charge 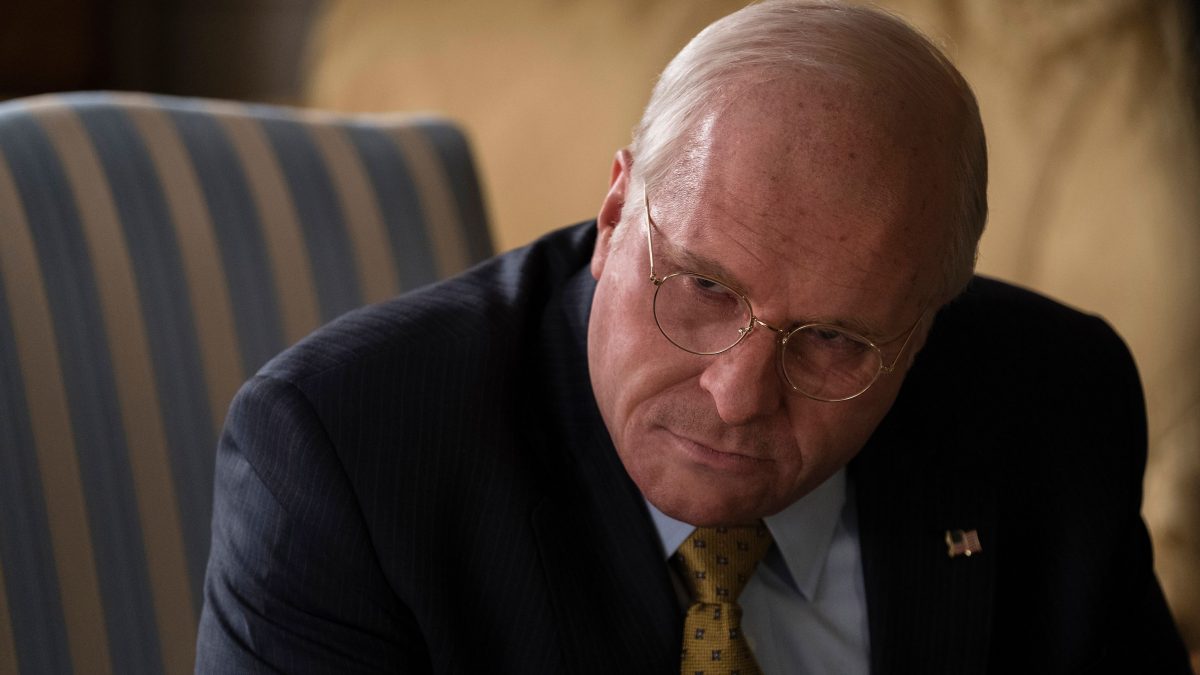 There are monsters in this world, and they can be the men bleeding terror out into the world or those who are silently trying to climb the ladders of Washington D.C., and Vice shows that, despite his insistence that he is not one of them, Dick Cheney may be the biggest monster of them all. Surprisingly though, he’s not the villain of the movie—Lynne Cheney is.

Showing the untold story of the former Vice President of the United States, the movie does a great job of giving us a look into the Bush/Cheney legacy and what we can glean from his time in the White House. And, as the movie says in the very beginning, they do their “fucking best” to give us an accurate telling of how Cheney rose to power and his journey to becoming the man who ran the Bush administration.

Through conniving and deceit, Cheney managed to make the position of vice president more than just the symbolic job it had been in the past. He was willing to do whatever it took to give absolute power to the president, and that meant calling out executive orders on his own without looping his boss in. There’s a scene in the movie that focuses on 9/11, pointing out that, while everyone was afraid and confused, Cheney was talking to his lawyer in the Situation Room.

We learn, though, that Cheney would be a drunk in Wyoming if it weren’t for Lynne Cheney. His “best girl,” Lynne and Dick had been together since they were in high school. At Yale, Cheney fought so much and spent his time drinking rather than going to class and it resulted in his failing out of school. When he returned to Wyoming, it took his second DUI for Lynne to finally tell him that he either had to man up and help her get the life she wanted, or she’d leave him for any other man from school who wanted her.

Is Lynne Cheney the villain of the movie? Maybe, because Dick Cheney wouldn’t have done nearly a third of what he did throughout his life if it weren’t for Lynne Cheney and her drive. She says in the beginning of the movie that women can’t do it themselves (this was the ’60s), and she needs Dick for her own goals. That drive is what bled into their entire relationship, Dick wanting to always do what Lynne asked of him, and it fed into his own desire to succeed in Washington.

With powerhouse performances from Christian Bale as Dick Cheney, Amy Adams as Lynne Cheney, and Sam Rockwell as George W. Bush, Vice is an interesting look at the power of the White House and just how much the Bush administration changed the world to get us to whatever our political climate is today. Was it informed more by the Trump administration and what is happening in politics, or can we really blame Bush and Cheney, and the Republican party’s history, for what we have to deal with today? You decide.