Review: Toy Story 4 Is a Worthy and Tearjerking Film | The Mary Sue

Review: Toy Story 4 Is a Worthy and Tearjerking Addition to the Franchise

Four out of five Forkys. 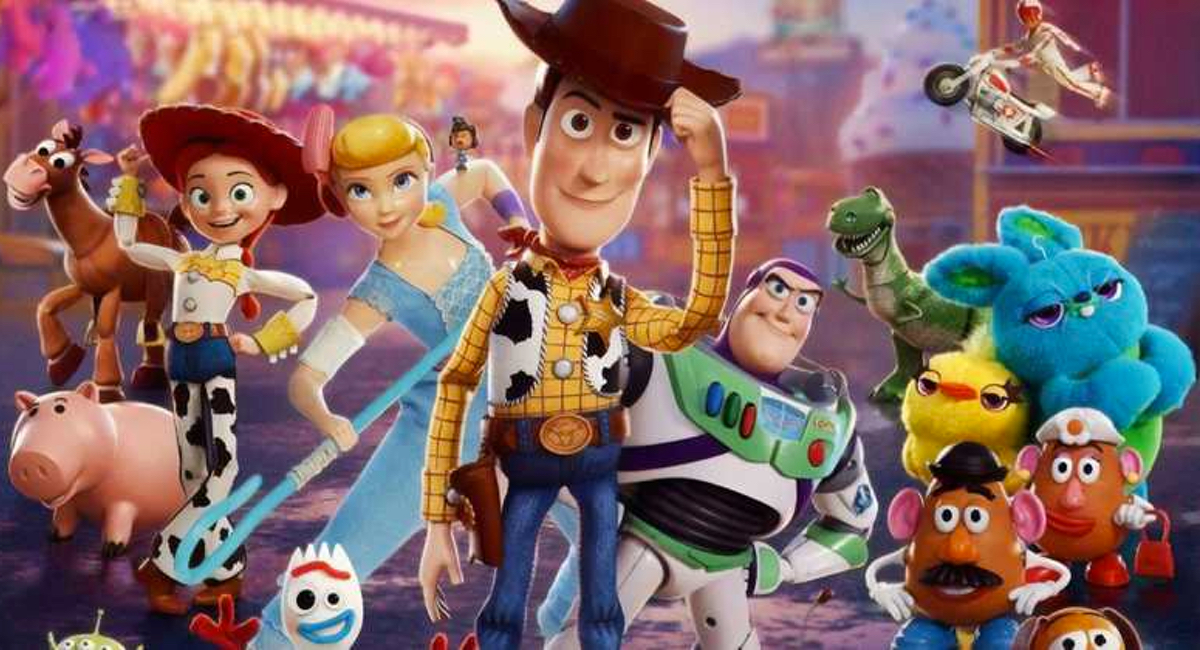 There was plenty of hesitation going into Disney and Pixar’s Toy Story 4. After a near-perfect finale with Toy Story 3, was a fourth film in the franchise really necessary? Would it hold up to the standards of the franchise or would it be a less-than-stellar note to end the series on?

Here’s the best way to describe it: Toy Story 4 didn’t really need to exist, but the story it tells is worth telling and justifies a fourth film tacked on to one of our most beloved children’s trilogies.

The film picks up after Andy has gone to college and passed on his toys to Bonnie. Woody (Tom Hanks, charming as ever) is feeling left out, though—Bonnie tends to focus on the other toys over him. When she brings home a new toy she’s made out of trash at school, Woody makes it his job to take care of Forky (Tony Hale), who just wants to go back to being trash. On the ensuing road trip with Bonnie and her family, they encounter new faces, such as Duke Caboom (Keanu Reeves), Ducky and Bunny (Keegan-Michael Key and Jordan Peele), and Gabby Gabby (Christina Hendricks), as well as lost friend Bo Peep (Annie Potts).

Spoiler rules still apply for all Disney films, even animated ones, so don’t expect much more from me on the plot than that. What’s more important than the plot is the focus on some fairly mature themes, which is the norm for Pixar and the Toy Story films. We all remember how the third film included a scene where all the characters were waiting to die in an incinerator. After all, and who can forget the “When She Loved Me” montage from Toy Story 2.

This film takes the themes of the first three—being left behind, growing old, and facing mortality—and explore them in a new way. Woody, always the heart and soul of the series, gets to really shine in this film, as he deals with a post-Andy life. The idea of finding a purpose in life, and what that purpose is, is a far more millennial theme than the early jokes about Forky wanting to go back to being trash (though, as expected, my first thought when Forky kept screaming he was trash was a resounding “oh, mood”).

It’s hard to talk about the film without veering into spoiler territory. You’ll probably be able to guess the ending from a mile away, but that doesn’t make it any less affecting. Yes, the film is a tearjerker, and if you have any investment in the characters, you will probably cry. It’s a tad less emotionally manipulative than Toy Story 3, if that’s any consolation, but prepare to sob into your popcorn.

The animation is truly glorious. Pixar’s art is spectacular, and it’s interesting to see how the films have progressed visually from 1995 to the present day. While the emotional heart of the film has always been there, the visuals are just breathtaking now, making it all even more of a lovely time.

The ending of this film is definitely more of closed book than the others. If Disney wants to make a series on Disney+, that would be better than trying to get the magic back for a fifth film. At some point, even though the toys seem eternal, the story is not. We’ll have to say goodbye, and I’d rather it be on the high note of this movie than see another four films. The ending is practically perfect, and I’d prefer to leave it on that powerful note.

Again, Toy Story 4 could have never existed, and the Toy Story series would’ve still been perfect, but the power of the film’s narrative justifies its existence and makes it a worthy addition to the Pixar canon. Bring some Kleenex and get ready to cry your heart out.