The Miseducation of Cameron Post Review: The Queer Coming of Age Film We’ve Been Waiting For 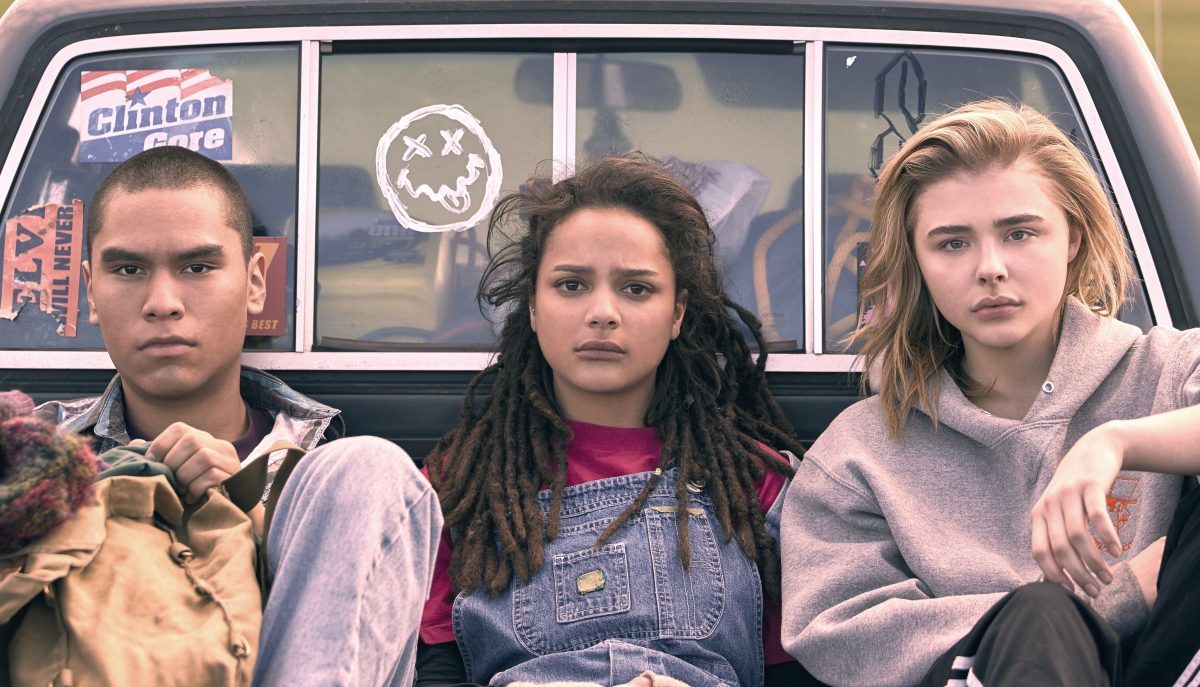 The Miseducation of Cameron Post, like its protagonist, is earnest and thoughtful, but brimming with passion and angst under the surface. The film, adapted from Emily M. Danforth’s acclaimed YA novel, follows Cameron Post (Chloë Grace Moretz) who is sent to God’s Promise, a gay conversion therapy camp, after she gets caught having sex with her best friend in the backseat of a car on prom night.

God’s Promise is run by Dr. Lydia Marsh (Jennifer Ehle, aka the greatest of all Elizabeth Bennetts) and her brother, the self-proclaimed ex-gay Reverend Rick (John Gallagher Jr.). Cameron soon finds kindred spirits in her fellow campers, the sardonic Jane Fonda (Sasha Lane) and the two-spirited Adam Red Eagle (Forrest Goodluck). All three were sent to God’s Promise by their parents (in Cameron’s case, by her aunt) who hope that prayer and group therapy will rid their children of their queerness.

While gay conversion therapy is a horrific practice, the movie doesn’t portray Lydia and Rick as outright villains. The campers at God’s Promise aren’t physically abused or starved or mistreated. Many of them fervently take to the programming, hoping to exorcise their gayness, like Cameron’s chipper roommate Erin (Emily Skeggs, in a heartbreaking performance).

Instead, director Desiree Akhavan focuses on the punishing futility of denying the undeniable, and the deep emotional wounds that come from repressing your authentic self. When an authority figure questions Cameron about abuse at the camp, she simply says, “How is programming people to hate themselves not emotional abuse?”

Rick and Lydia genuinely want to help these kids, who they believe are destined for tragedy without their divine intervention. The film takes on the toxicity of faith, with Cameron struggling not just with her sexuality, but with her relationship to Christianity. While the subject matter is intense, there is levity in the film. Cameron and her friends sneak off into the forest and smoke ditch weed that Jane hides in her prosthetic leg. They dance on counter tops and sing along to 4 Non Blondes “What’s Up”. They are still teenagers, which is something the camp cannot drum out of them.

Cameron Post‘s greatest strength is in its authenticity and intimacy, which is due in no small part to Akhavan, who co-wrote and directed the movie. A queer woman herself, Akhavan gives us a coming out story told through a queer female lens. She artfully captures the intensity of young lust (without exploiting her actors, *cough Blue is the Warmest Color *cough) and taps into the quiet urgency of closeted queer folks who finally get to act on their attractions. There are so many beautifully relatable small moments throughout the film, like when Cameron watches the classic lesbian film Desert Hearts with her best friend, cautiously gauging her reaction to the women onscreen.

Ultimately, The Miseducation of Cameron Post is a coming of age story. As Cameron spends more time at God’s Promise, she slowly realizes who she is. She moves away from her faith, and starts doubting the authority figures in her life. She experiences her first love, her first heartbreak, and a new, more mature understanding of the world she lives in. Like so many queer kids, the teens of Cameron Post ultimately find faith not in the church, but in themselves and each other. And that’s a beautiful thing.