Review: The Belfry Packs Intense Horror in a One-Shot Comic | The Mary Sue

Review: The Belfry Packs So Much Intense Horror in a One-Shot Comic 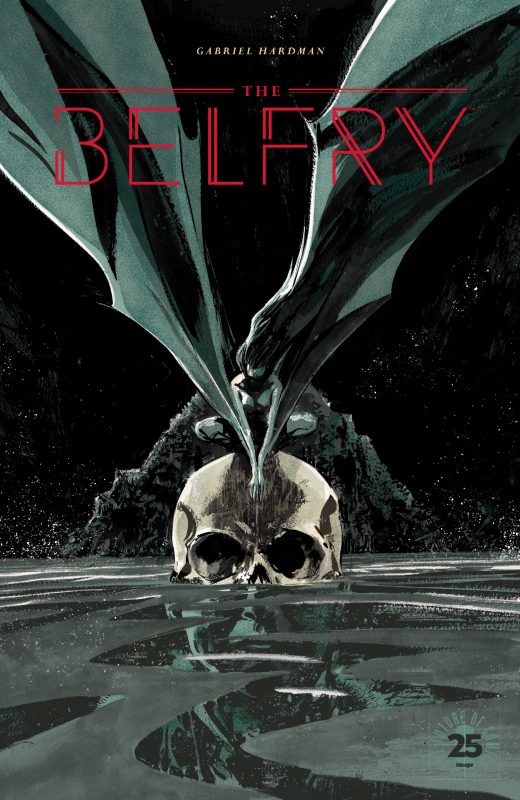 Traveling via airplane is not my favorite activity. Too much is out of my control, too much can go wrong while I’m strapped into a metal tube hurtling through the air with a few hundred strangers. I’m getting panicky just thinking about it. What I’m saying is that, when it comes to horror, monsters certainly have their place, but it’s usually fears from my own reality that unsettle me most. 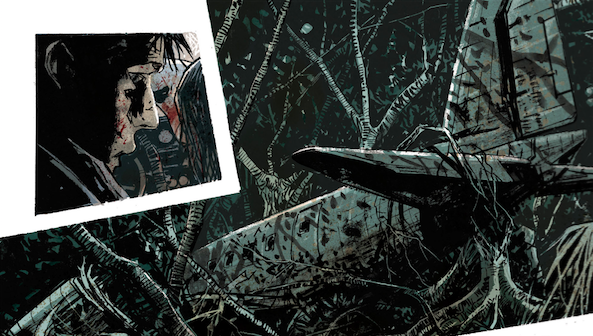 So, you would think that a shadowy, disorienting plane crash on an uncharted island would be the scariest part of The Belfry. But that’s just the beginning. It’s when the bat-people show up and start biting survivors, carrying them off into caves to meet grim fates, that the real terror of this story begins to unfurl. In just 22 pages, Gabriel Hardman paints a one-shot that serves as a complete tale of horror, drawing on our fears of losing control of ourselves, or our connection to humanity entirely. 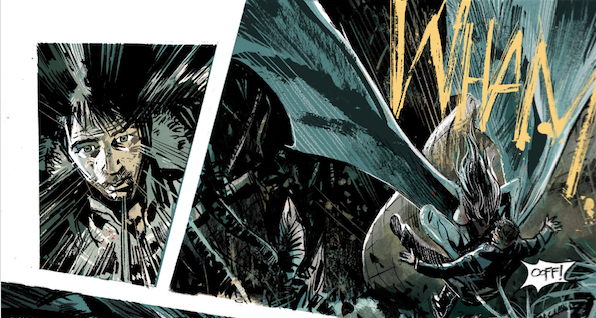 The plane crash isn’t merely a narrative device to introduce the passengers of the plane to the vicious bat-people, but one bookend of a neatly symmetrical story. The blinded Captain Anders and bleeding co-pilot Bill foreshadow what awaits the passengers on the island. Once imprisoned in the caves, the passengers are stripped naked in a tragic parallel with the bat-people, whose own nakedness hints at the human beings they once were. And this is indeed nakedness, not nudity, the latter of which implies agency that neither the crash survivors nor the bat-people retain. The starkness of their naked bodies belies titillation or sensuality.

There is little exposition in The Belfry, and much of the narrative is told through the violent tenebrism characteristic of Hardman’s art. A good way to navigate tenebrism in any sort of art, from Caravaggio to comic books, is to follow the light. It’s as important to the storytelling as the characters or the dialogue. The sharp black and white contrasts urge the reader to notice particular details and actions, and encourages speculation about what is lurking in the shadows. 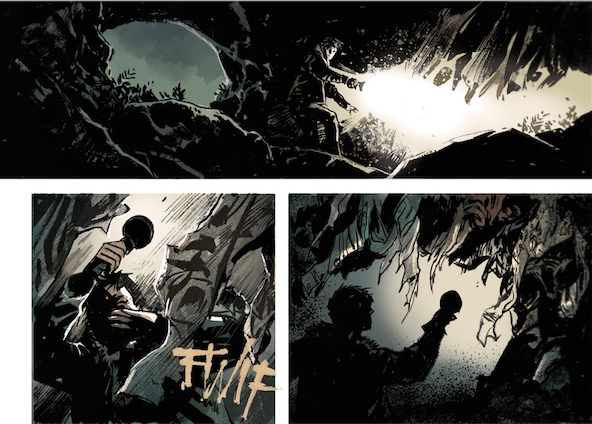 In the dramatic conclusion, Bill makes one last desperate attempt to retain his sense of self. Or, perhaps he is simply acting on a burgeoning bestial instinct. At this point in the story, it’s difficult to tell. And, indeed, that’s what makes it so chilling. Hardman makes artistic suggestions open to any number of speculative interpretations, each disturbing in its own way. The Belfry is a fully realized story but gives no comfort in closure.

When I first read The Belfry at NYCC this past October, I was already a huge fan of Hardman’s moody, painterly art style and fantastic visual storytelling. I picked up one of the limited self-published print copies of the book in artist alley. I’m thrilled it’s more widely available now through Image, and I highly recommend it for fans of horror, art aficionados, and anyone who loves thoughtful storytelling.

Tia Vasiliou is a digital editor at comiXology and co-host of the weekly ComiXologist podcast, available on iTunes and Soundcloud. You can find her on Twitter @PortraitofMmeX. She commissioned a sketch from Gabriel Hardman at NYCC as a gift for her brother but…it’s still hanging in her living room. She really likes it. Sorry, bro!