Review: Disobedience a Beautiful Portrait of Love and Faith | The Mary Sue

What do you do when your very identity is at odds with the faith community that means so much to you? That is a major question in the upcoming film Disobedience, starring Rachel Weisz, Rachel McAdams, and Alessandro Nivola.

Disobedience, based on the 2006 novel by Naomi Alderman, tells the story of Ronit Krushka (Weisz) a photographer living in New York who returns to her hometown in London upon getting word that her father has passed away. She returns to the London neighborhood of Hendon, which is home to the Orthodox Jewish community in which she grew up. Her father had been the community’s beloved rabbi. It’s immediately clear that she didn’t leave on the best of terms, as everyone is surprised to see her back.

Her cousin Dovid Kuperman (Nivola), who seems to be one of her few true allies, invites her to stay at his home, rather than go to a hotel. He reveals that he’s gotten married since she was last home, and when she asks who he married, the answer shocks her. Dovid is married to Esti (McAdams), a woman they’ve both known since childhood, and that Ronit once knew very, very intimately.

The rest of the film is an exercise in tension, sexual and otherwise, as Ronit struggles with the feelings surrounding her father’s loss (and his disavowing of her because she is a lesbian) as well as with her feelings for Esti, who is now married to a man and fully committed to an Orthodox life.

Meanwhile, Esti is also struggling with Ronit’s return. She absolutely desires Ronit, and has always been a lesbian, but she also loves her community and is a devout believer in her faith. She loves Dovid in that he’s kind to her and they’ve always been best friends, and she loves her job as a teacher. Nothing about her life or her feelings is cut and dried. 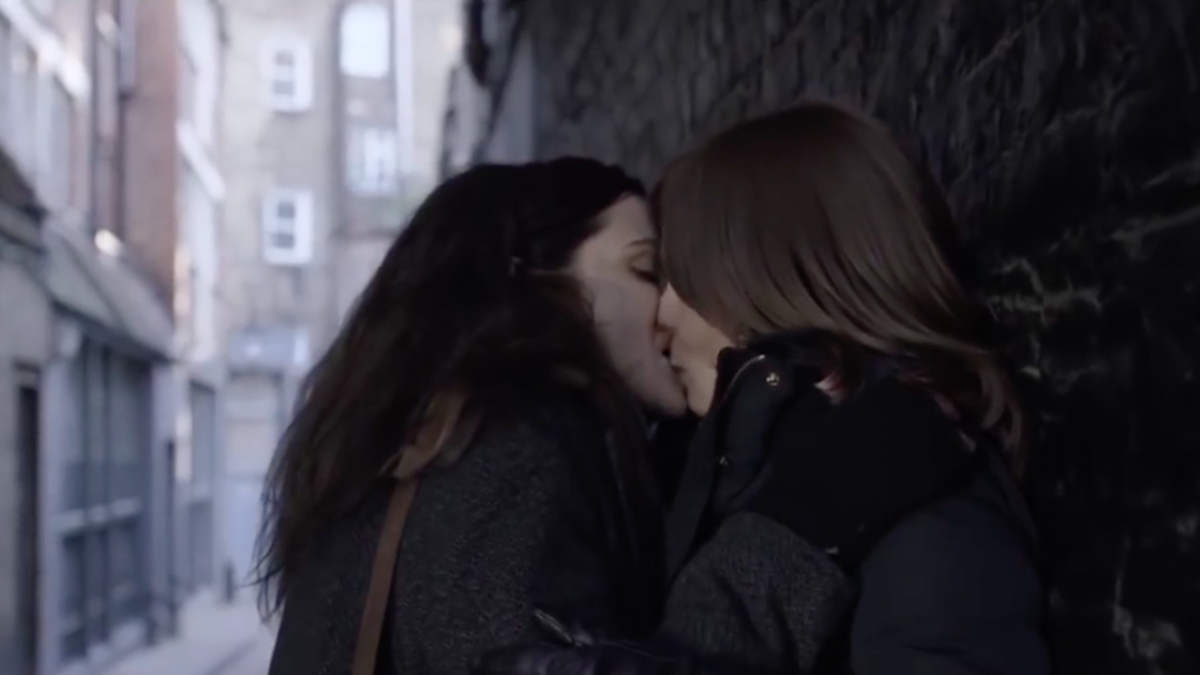 Sebastián Lelio’s direction is literally breathtaking as you are made to feel the constant pressure these two women are under all the time. Lelio works with a lot of close-ups, forcing you to feel as hemmed-in as Ronit and Esti feel. The film is also a master class in stillness, as characters reveal more in moments when they are standing or sitting still than most people ever could with words.

This isn’t to say that the words aren’t worth listening to. Lelio’s script, which he co-wrote with playwright Rebecca Lenkiewicz, is elegant and sparse without a single word wasted. It throws you into the Orthodox Jewish world, a world with which most people are not familiar, with zero explanation or hand-holding, and yet you understand everything from context.

Perhaps the best thing about the film and the way this story is told is that no one is demonized. The Orthodox community is portrayed lovingly and respectfully, and even as the protagonists are made to feel stifled by them, they are not portrayed as stifling. As much as there is strict adherence to tradition, there is also boisterous laughter and an earnest desire to learn and grow.

A lot of that learning and growing comes from Nivola’s Dovid, who is a surprisingly sympathetic character. In lesser hands, he could’ve been the “villain” of the piece, “keeping” his wife from being with Ronit. But thanks to Leilo’s direction and a beautifully sensitive performance from Nivola, Dovid becomes someone you root for.

Speaking of performances, both Rachel McAdams and Rachel Weisz turn in some of the finest performances of their careers.

Of the two, McAdams perhaps the more difficult role, in that she might not be relatable to very many moviegoers. I’ll admit, there was definitely a part of me that wanted to shout Why don’t you just leave him? at Esti. Yet, McAdams gives us a finely-etched and balanced portrayal of someone who genuinely loves the conservative life they’ve chosen for themselves; someone for whom sex and love are not the only things she has going for her, or needs to “complete her.”

Balance also defines Weisz’s portrayal of Ronit. As much as she was the “rebel who left her community” and constantly said or did things with the sole purpose of shocking people, Weisz also made sure that we never lost the fact that Ronit, particularly when she’s with Esti, is basically an open wound. Her vulnerability was palpable throughout every scene.

And the chemistry between these two? WHEW. This movie features one of the hottest sex scenes I’ve ever seen even though the women are mostly clothed during it.

I would highly recommend seeing Disobedience this weekend. You know, when you’re not busy seeing Infinity War.