Review: Oxygen Is a Cerebral Netflix Thriller That Will Leave You Breathless 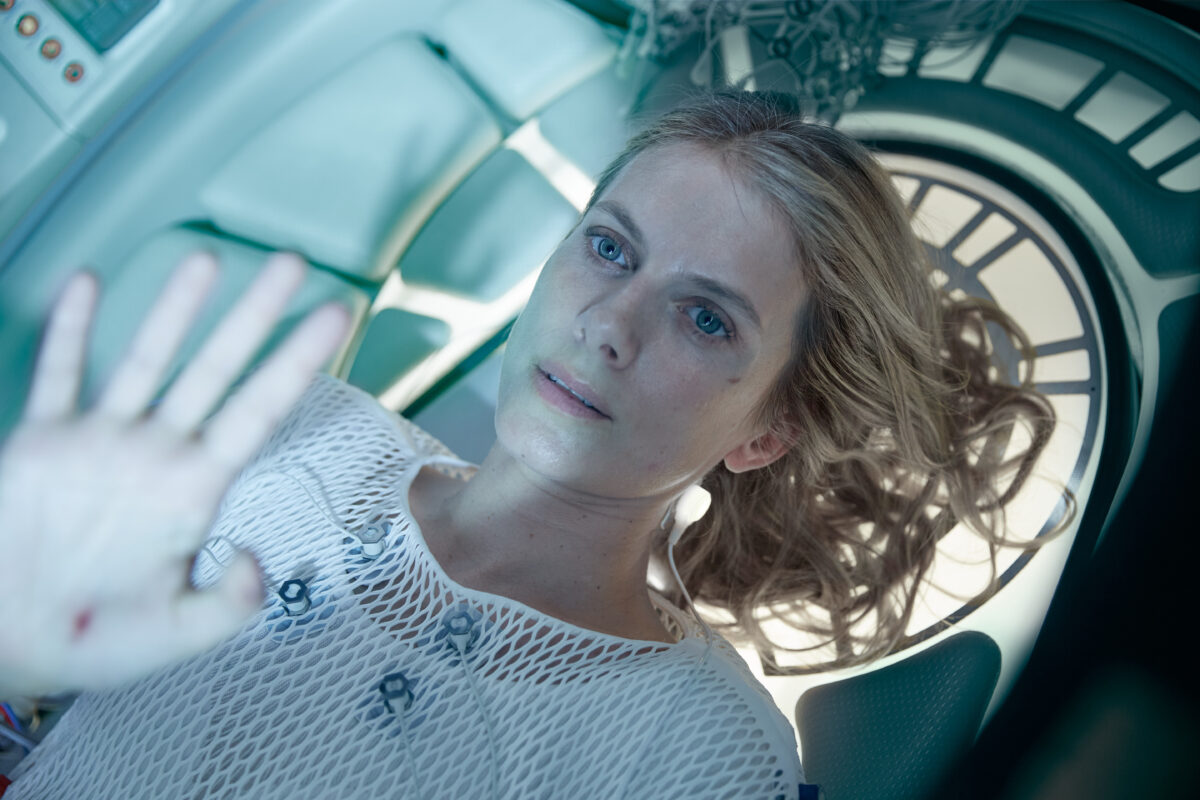 Filmmaking in the era of COVID-19 is a risky gambit for everyone involved. So credit to director Alexandre Aja (High Tension, Crawl) for giving us Oxygen, a new Netflix film with only three actors and a single small set the size of a twin bed. But don’t let the stripped-down setup fool you: this highly strung, claustrophobic thriller is replete with more than enough twists and turns to keep your head spinning.

Oxygen opens on a bandaged, nearly mummified woman gasping for air, strapped to a table in a box the size of a coffin. Dr. Elizabeth Hansen, played by Mélanie Laurent (6 Underground, Inglourious Basterds), soon realizes that she’s woken up in a cryogenic pod, with no memory of who she is or why she’s in the pod. All she knows is the oxygen is quickly runnning out, so she must find answers before she perishes.

Elizabeth’s only companion is the disembodied voice of the pod’s A.I. named M.I.L.O. (Mathieu Amalric), tasked with keeping her “bio-form” alive. And while M.I.L.O. provides little in the way of answers, he also functions as a smartphone with which Elizabeth can do research, make outside calls, and try to piece together her predicament.

Elizabeth has flashes of her former life, which feature a mysterious man (Malik Zidi) who may or may not be her husband, but aside from those brief glimpses of the outside world, the action of the film takes place entirely in the claustrophobic pod. It’s a one-woman show, which the talented Laurent completely dominates in a tour de force performance. Her panic, fear, and determination are palpable as the oxygen levels drop and the hallucinations set in.

The film maintains a taught, breathless pace as Aja truly finds every dynamic angle and edit in the confined space, making the most of the small confines to weave a rich and expansive mystery. Aja, who is known for his horror films, maintains elements of body horror in the film but never dives full-on into gore (although props for making such effective jump-scares in such a small space). While the film borrows from other trapped-in-a-box horror films, it shares DNA with the more meditative science fiction films like Arrival and Gravity. It’s part survival story, part love story, and part existential meditation on the nature of self.

At a lean 90 minutes, Oxygen is a brisk and intense watch. Although some of the twists may lose you (or downright confuse you), the ending brings everything together in a poignant and thoughtful conclusion. And while the mechanics of the plot may not stick with you, Laurent’s stunning performance is simply unforgettable, and one that folks will hopefully remember when awards season comes around again.

There’s so much to enjoy in this smart, twisty film, and the less said about it, the better. I urge you to go into it without watching the trailer or reading up on the film. Just strap in and enjoy the ride.

Oxygen is now streaming on Netflix.