REVIEW: Outside the Wire Squanders a Fun Premise for Heavy-Handed Moralism 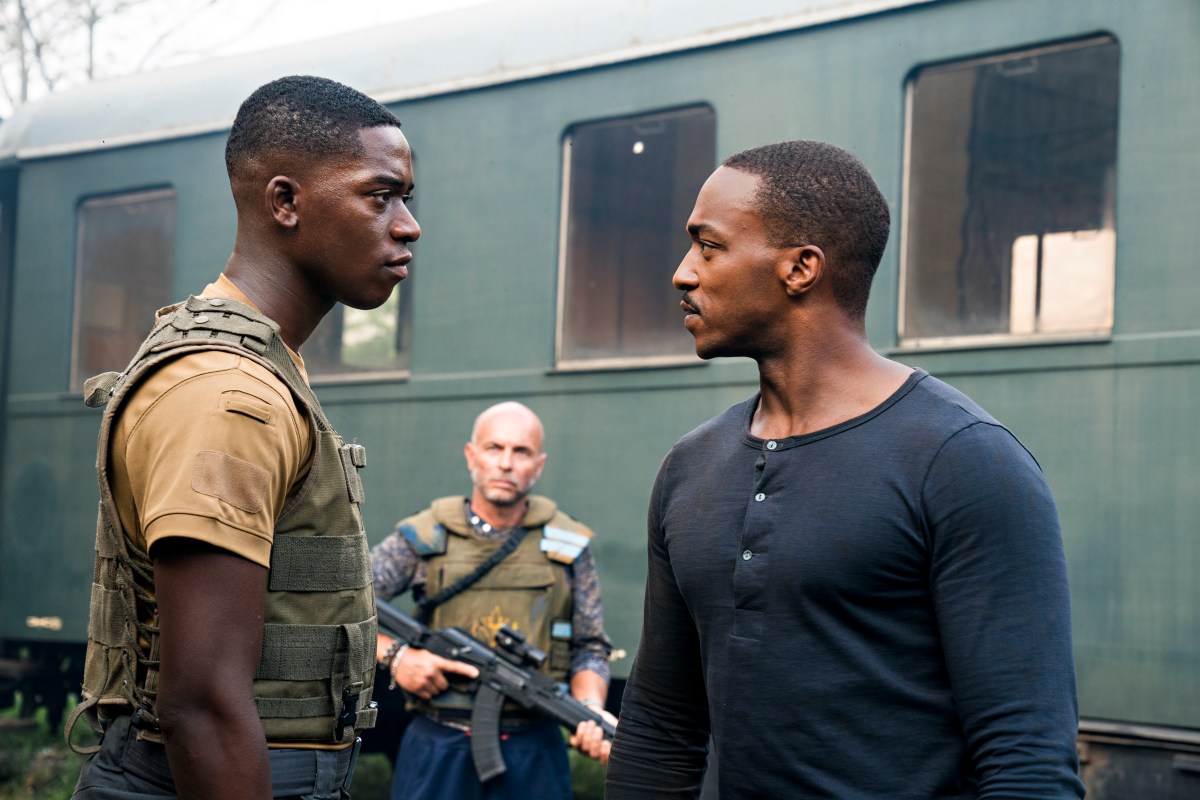 This is the chief problem with Netflix’s latest entry Outside the Wire, which stars MCU alum Anthony Mackie as Captain Leo, a “fourth generation biotech” super-soldier deployed by the U.S. military to keep the peace in the middle of a civil war in Eastern Europe. The year is 2036, and Captain Leo is the kind of android in love with humanity: he cracks jokes, he listens to jazz, and he feels more deeply than his newest recruit, stone cold drone pilot Thomas Harp (Snowfall‘s Damson Idris).

Harp finds himself dropped into the war zone after disobeying a direct order, launching a drone strike killing 2 American soldiers but saving 38. Instead of earning a medal, Harp is sent to experience war firsthand, far away from his fiancée who, outside a crumpled photo, is never seen and barely mentioned.

Assigned to work with Captain Leo, Harp is shocked to discover that his personable new superior is the next step in weapons technology. But he’s not the first: alongside flesh and blood soldiers are battle droids known as Gumps: large, cumbersome machines that resemble the ED-209 from Robocop.

Harp and Leo head off on a mission to deliver vaccines to refugees and gain intel on rogue terrorist Victor Koval (Game of Thrones‘ Pilou Asbæk) who is trying to steal the codes to Russia’s nuclear arsenal. Their journey takes them through war zones, refugee camps, and orphanages run by kindly weapons dealers. Here, the film turns into a Training Day meets Stealth homage, as Leo makes ruthless and violent decisions to complete his mission. Harp is shocked and confused by Leo’s actions, while processing his first real life experience in a war zone.

The promise of the premise is simple: we want to see Anthony Mackie go full Terminator in pursuit of his mission. But his action sequences leave much to be desired. There are some inventive fights and plenty of flying bullets, but we never he him doing anything remotely approaching superhuman. There is no punching through walls or throwing bad guys. There isn’t even any heat vision or technical POV shots from his robot brain. I mean, I’m not expecting go-go Gadget arms, but is it too much to ask to see some android ass-kicking?

Instead, the film delves into the morality of war and the dangerous detachment of drone fighting. Never subtle, the film repeatedly hammers the viewer with obvious concepts. Yes, war IS bad up close! Yes, robots can feel MORE than people! It would be interesting if these themes hadn’t already been explored in smarter, better written material.

Idris and Mackie, both compelling screen presences, are largely wasted in this tired rehash. Even the third act twist is as predictable as it is convoluted. All of this would be forgivable if the film was an entertaining shoot-em-up romp. But at the end of the day, Outside the Wire is simply no fun at all.