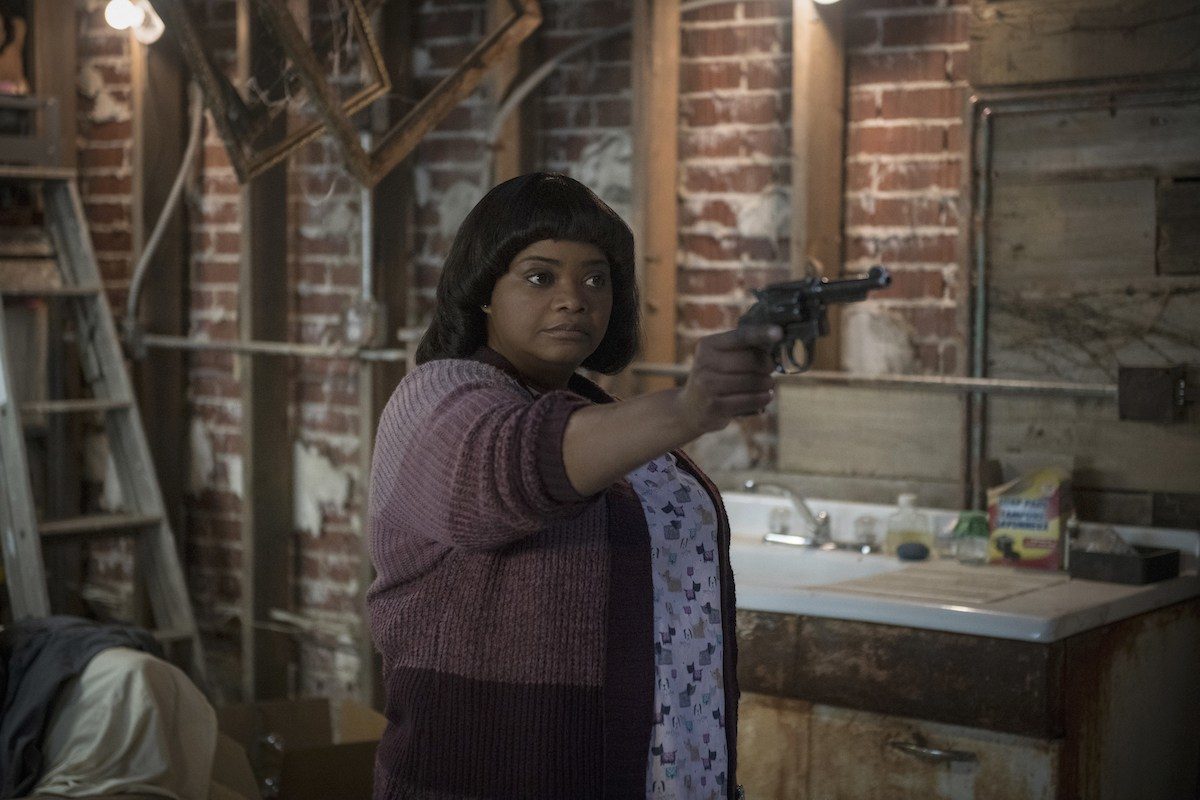 At one point in this movie, Octavia Spencer holds a penis in her hand, and I just felt, at that moment, like it was both a magnum opus of pure senselessness and the most hilarious film I’ve seen in 2019 thus far. Sorry, Booksmart.

As we go through the movie, we discover that Sue Ann was traumatized and sexually shamed by Ben, with the help of Erica and another character, Mercedes, when they were all in high school together. Sue Ann initially becomes attached to the kids in the movie because it gives her a chance to reclaim her youth. She buys them alcohol, takes the nickname ‘Ma,’ gives them a place to drink in her basement, and turns it into a hangout for kids to come over and listen to music that their parents and older siblings would have listened to.

Something about watching teenagers dancing to “Kung Fu Fighting,” “Saftey Dance,” and “Jungle Boogie” .. that just takes you out. The teenagers in this movie are just so damn obnoxious and poorly written that I could not even begin to care about anything that happens to them. Yet, they are around so damn much, so I can’t even pretend to ignore them.

It doesn’t help that Taylor doesn’t seem to get solid performances from them. Diana Silvers, who was so good in Booksmart, feels like an amateur here. The script is also filled with terrible gay jokes and just the biggest clunkers. At one point at the beginning, a kid tells Octavia Spencer, “If you don’t want to be cool, that’s on you,” to which a man in my screening loudly said, “What?” It’s a mess.

Slowly, it becomes clear that Ma’s attachment to the kids is unhealthy, and every time they try to create boundaries, she “snaps” and acts in an obsessive nature. She’s still in obsessive love with Luke Evans, which … you know, #NotMyEvans, but I get the appeal. But there is so little authentic humanity spent on Sue Ann’s character and her backstory that I just sort of feel empty about the whole thing. Considering the trauma she’s had, this can’t be the first time she has become violent to other people, but the film frames it as if meeting these kids totally threw her into a spiral.

Then, halfway through, it turns into The Act, and everyone in my theater seemed to look at each other with the same idea: “What in Satan’s Hell is going on?”

There’s racial subtext to the film, but there exactly three Black people in this movie and two of them are related. It can be inferred that part of the reason Sue Ann was targeted was that she was Black and awkward, but the movie doesn’t want to even get into that. They bring up race twice in the film: in the beginning, as a joke, and the second time for a meta moment that just elicits laughs because of the pure ridiculousness of it.

When the trailer for Ma first came out, the whiteness of the people behind the scenes was highlighted, but I was hoping that Sue Ann would at least be allowed to be a significant villain/horror icon in the movie. Sadly, by the time the story really gets good, it’s too late, and nothing was really worth having us wait that long. If Sue Ann was just going full Pamela Voorhees on these kids, I’d be able to at least appreciate it, but the movie fails to be a good horror movie in pretty much every single way.

But I can say that it made me laugh more than I have laughed in ages, so if that’s the kind of horror movie you wanted to see, then Ma is for you.