Review: Miss Peregrine’s Home for Peculiar Children Is All Spectacle and Little Substance 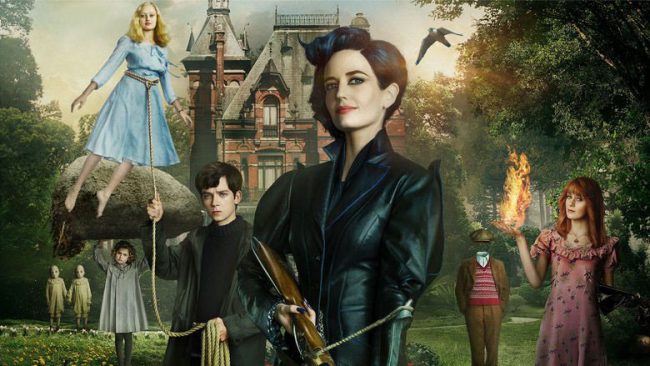 I can understand why Tim Burton and 20th Century Fox would want to adapt Miss Peregrine’s Home for Peculiar Children for film. The 2011 Ransom Riggs novel on which it is based is clearly a complex world filled with quirky characters, a rich mythology, and plenty of opportunities for elaborate set pieces. However, some worlds aren’t best captured on film, and it seems that the world of this novel is one of them.

Full disclosure: I’ve never read the novel, so I came to the film knowing absolutely nothing about the story except for what I’d read in studio synopses. Yet it seemed like an intriguing premise. A young boy named Jake (Asa Butterfield) has a close bond to his grandfather Abe (Terrence Stamp), who raises him on stories of being brought up in a “home for peculiar children” when he was a boy. He constantly shows young Jake photos of fellow inhabitants of the home, children with extraordinary abilities or peculiarities like superhuman strength, invisibility, the ability to manipulate air…and having a second, monstrous mouth in the back of their skull.

Of course, Jake’s parents think that both Abe and Jake are delusional, and when Abe dies mysteriously (and with his eyes missing!), looking like he’s been mauled by an enormous animal, Jake is put into therapy to process his feelings about his grandfather and to “get over” the idea of the home for peculiar children. However, when he receives a birthday present that his grandfather had left for him before he died — a copy of Ralph Waldo Emerson’s work with a postcard from Wales signed by Miss Alma Peregrine, the headmistress in charge of the children’s home — Jake convinces his father to take him to Wales so that he can see the children’s home for himself and, as his therapist has suggested, find some closure. 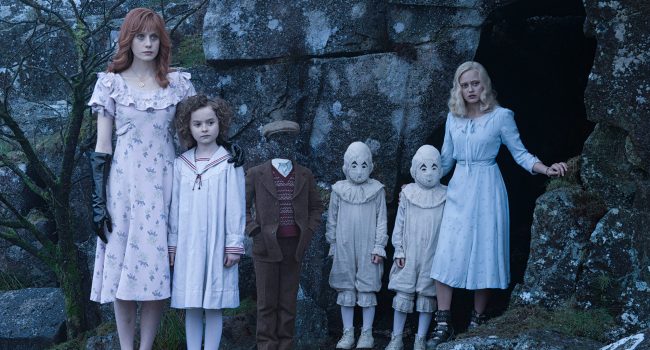 Once in Wales, he finds the children’s home only to discover that it had been bombed out during World War II. At first he’s disappointed, but then other children seem to emerge from the rubble, and they transport him into their “time loop,” a pocket of time where Miss Peregrine’s Home for Peculiar Children still stands and the children have lived with her, ageless and forever living September 3, 1940, since the war. Miss Peregrine (Eva Green) is a peculiar called an “Ymbryne,” female beings who can shape-shift into birds and manipulate time. Every day, Miss Peregrine resets the day at the precise moment the bomb is about to strike the home, rewinding time back 24 hours, so that the children can remain safe from a real world that doesn’t accept peculiars…

…and a faction of rogue peculiars, led by Samuel L. Jackson, who are trying to figure out immortality.

The best thing about this film, quite honestly, is that it made me curious about the books. The film was able to give me just enough of the world to make me interested in finding out more. However, as a film on its own, Miss Peregrine doesn’t convey that world in a way that is at all comprehensible to someone unfamiliar with the source material. Screenwriter Jane Goldman had a difficult job in capturing the specifics of this dense world in a way that also moved the story forward, and unfortunately was unsuccessful. The average viewer will be able to pick up the basics of how peculiarity works, but character backstories, relationships, the mechanics of how time and other powers are used, as well as the history of peculiars are dumped into the script in clumsy bits of exposition. In one particularly hammy moment, Samuel L. Jackson’s Mr. Barron literally says “Do I look like the kind of man who would…?” and then proceeds to describe all of his own backstory and everything that brought him to this moment in time. 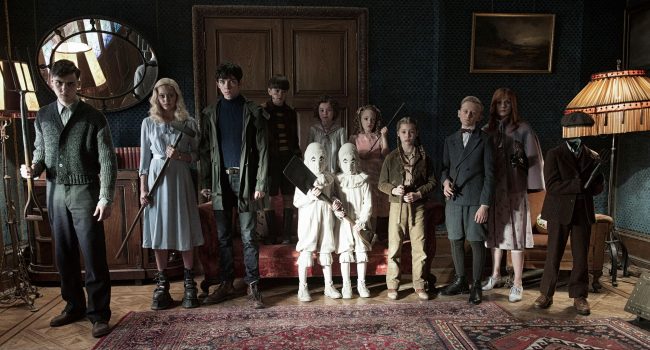 Tonally, the film was all over the place, and couldn’t seem to decide if it wanted to be gothic horror or a comedy or both. One of the children has the power to give life to inanimate objects (or dead bodies), and there are moments in the film that use stop-motion animation to demonstrate this skill. These moments, while cool to look at, didn’t seem to match the look and feel of the rest of the film and pulled me out a bit.

A byproduct of this clunky world building is that character development and acting performances took a far back seat. Miss Peregrine has a huge cast of characters, none of whom are given enough time for us to really get to know them, or care what happens to them at all. Even Jake, the protagonist, has his story rushed in his own film, because there’s just so much to get to in a story this big.

And that’s a shame, because there’s a lot to Jake, and it’s clear the character must be a really developed one in the books. There’s the deep relationship with his grandfather juxtaposed with his relationship with his father (Chris O’Dowd), who always seems to choose grabbing a beer and watching the game to talking to his son. There’s the fact that Jake has no friends and has never been believed when he tries to tell people about his grandfather’s stories. There’s a love story with the peculiar Emma Bloom (Ella Purnell), and Jake’s desire to be anything but ordinary. These things are all touched upon in the film, but none of them are given the attention they deserve. Meanwhile, Butterfield’s performance, while one of the most affecting in the film, was also fairly wooden and by-the-numbers.

Eva Green as Miss Peregrine was by far the best performance as the film, and when she’s first introduced, she seems like an all-knowing, brilliant, powerful woman. However, unlike what the movie posters with her in the foreground promise, she disappears for much of the film and only really appears to sacrifice herself for the children, to be rescued, or to look at the children adoringly. So, while I was expecting Miss Peregrine and Jake to join forces to save the day, and while Green is the only one in the film that imbues her role with genuine emotion, she actually has very little to do with the actual thrust of the plot. 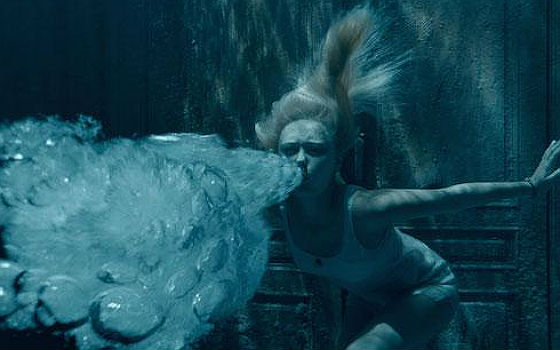 Purnell’s Emma Bloom embodies everything wrong with the film: the shoddy world building (if her power is manipulating air, why can’t she move the air in such a way to keep herself on the ground rather than having to be floated around on a rope like a balloon, or wearing lead shoes?), the phoned-in performance, and the lack of character building (there’s a brief moment where we see that she’s tired of living the same day forever, and she wants to see the outside world, but like much of Jake’s story, this is glossed over to get to the set pieces). Also, her love story with Jake is not just a little bit creepy. I know she doesn’t physically age in the time loop, and she’s only ever hung around children…but she’s technically an old woman. It’s not made explicit, but it’s heavily implied that Emma and Abe had feelings for each other back in the day. So…now she’s macking on his grandson? Eeew.

One of the huge themes that seemed to be touched on in the film, but not followed through on, is the idea that these children in Miss Peregrine’s home are an allegory for Jewish children during World War II. Jacob and Abraham are very Jewish names, and when Abe tells Jacob the story of his childhood, he talks about growing up in Poland and “seeing monsters” there. And since he was a “peculiar” child in a “monster-ridden” Europe, he had to go into hiding with other peculiar children to stay safe. Oh, and the monsters are called “hollowgasts” (holocaust?). I love that the film touched on more adult themes like this, and that the horror elements, while age-appropriate for children old enough for a PG-13 movie, aren’t sugar-coated. They’re genuinely disturbing. I just wish that Miss Peregrine had gone further with these themes, and with the characters’ inner lives.

I wanted to love this film, as I’m a sucker for stories of misfit kids finding their power. This was basically a gothic Harry-Potter-Meets-X-Men. Had the filmmakers streamlined the story a bit, perhaps divided this first novel into two parts, it might have worked. But as it stands now, Miss Peregrine relies too much on its spectacle, its set pieces, and perhaps on fans of the novel knowing exactly what’s going on. I spent much of the film bored.

If I were you, rather than spending upwards of $13 on a movie ticket, I’d spend $8 on the book and read that instead.