Rémi Chayé’s Long Way North is coming to the United States this Friday, and it’s a gorgeous treat. While many of the big animation films we’re seeing this season have exaggerated and slap-stick tones (just look at the saturated, loud world of Trolls), Chayé’s movie is an epic that feels like you’re watching real, flawed characters. Not unlike LAIKA’s recent Kubo and the Two Strings, the film thoughtfully explores themes of children learning to deal with grief. While I think animation has always been a great medium to explore these kinds of themes, Sasha’s journey in Long Way North is a great tale of human endeavor and how we deal with the loss of a loved one.

The story, set in 1882, follows a young sheltered girl named Sasha who has an expansive knowledge of ships and the ocean due to her close bond with her explorer grandfather. At the beginning, she’s claustrophobically living in St. Petersburg, preparing for her public debut. However, while her parents are stressing over their social reputation, Sasha thinks of nothing but finding her grandfather, who disappeared on a voyage with his ship and was never found. After discovering notes that suggest he took a different route, Sasha runs away on her own to find a ship that’ll take her there before winter freezes their passage.

Inspired by Sir Ernest Shackleton’s Imperial Trans-Antarctic Expedition, moments of Long Way North don’t feel like a children’s movie. I remember three distinct parts—one where a desperate sailor fights for a larger food portion and ends up eating it off the ground, another where a man comes dangerously close to dying, and a last one that I won’t spoil—that wouldn’t have looked out of place in The Revenant.

The movie never lingers on these slightly horrifying moments, though, so you can feel comfortable knowing that the film will return to Sasha’s child-appropriate story. That’s not to say the tone of the film feels disjointed—these more serious moments serve to emphasize how high the stakes are, and the extent that Sasha and the crew are willing to go in order to reach their goal. 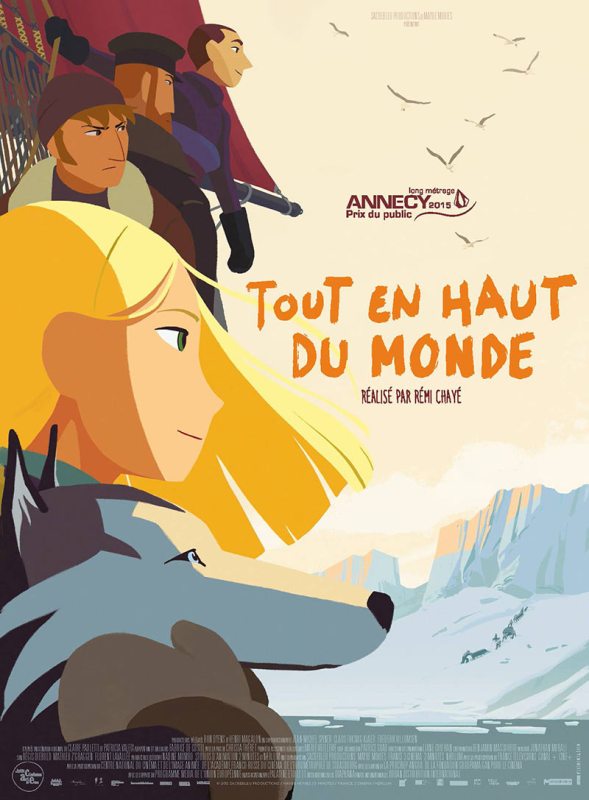 Some have expressed hesitance about a romantic subplot in the film based on the trailer, but I found that particular dynamic endearing and a somewhat fresh take on a predictable relationship. Sasha is a great protagonist—naive and somewhat spoiled in the beginning, but wildly motivated and caring. Her growth is believable and well-paced, and her coming-of-age feels so natural that it’s hard to believe this movie is only 80 minutes.

The animation and composition in Long Way North similarly captivates, using a style that looks mostly flat but still manages to be dynamic. Chayé mentioned in this Indiewire interview that a lower budget meant that the team worked with constraints, so there are no outlines and a spare use of lighting. In the same spirit of the film, this style shows that constraints and limits can yield further creativity. Silent moments punctuate the action—the ships of St. Petersburg moving outside Sasha’s window, the towering blocks of ice that hover over our characters—illustrating how vast this world is, and what an endeavor it is for our explorers to venture into it.