Review: Kingsman: The Secret Service Is The Sexiest Valentine’s Day Movie Of All

This guilt-free spy parody is perfect for '90s nostalgia. 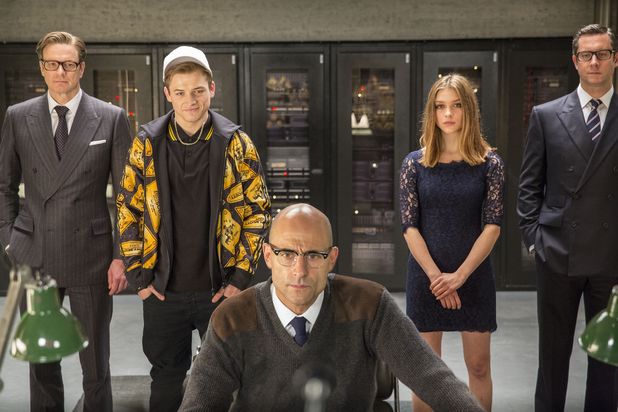 I’ve noticed a theme in 2015: the movies I’ve had no hope for, based on their marketing, have turned out to be infinitely better than the movies I thought held some promise. First Paddington, then Spongebob, then Black Sea – and now Kingsman, which is also possibly the best film to date for Matthew Vaughn (Kick-Ass, X-Men: First Class). Kingsman shows the most of Vaughn’s personality, taste, and sense of humor, all of which he happily (and, indeed, gleefully) incorporates into this movie.

If there is one thing I learned about Vaughn from this movie, it’s that his favorite Bond era is clearly Brosnan’s – although there’s a noticeable affection for Roger Moore’s sense of humor. All of which is ironic, considering the fact that, if there’s any director more or less responsible for the current Daniel Craig era of rugged, realistic Bond, it would be Vaughn (who directed Layer Cake). But Vaughn isn’t interested in the the grittiness of the current Bond films, nor the hand-held camera work of the realistic-feeling Bourne franchise. Kingsman is self-referential; it knows it’s a spy movie, comments on recent trends in the genre, and makes us aware of the fact that it features a type of gentleman spy we don’t really see on-screen anymore. If anything, Kingsman eschews current trends in action movies, and embraces a ’90s nostalgia – the film begins in 1997. 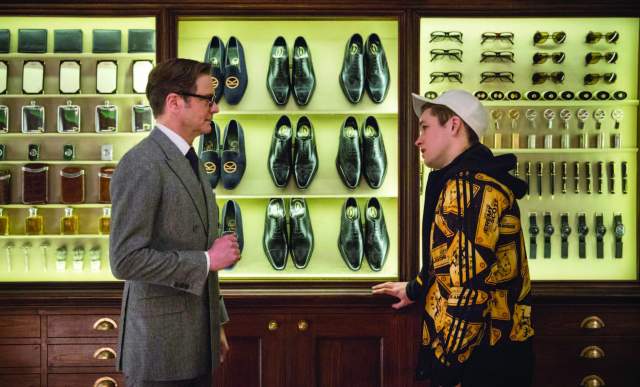 Back in actual 1997, while Tomorrow Never Dies was a worldwide hit in theaters, Mr. Knightly and Mr. Darcy themselves were playing soccer hooligan best friends in independent films. Not twenty years later, after appearing in a few more movies together (including a more serious spy movie in which one shot the other in the face), Colin Firth is an Oscar winner and Mark Strong is Hollywood’s go-to baddie, and they’ve both stepped  into their next stage to teach the next generation how to be the gentlemen they were in those Austin mini-series. It’s a bit odd that Firth’s character Harry, codename Galahad, isn’t played by Pierce Brosnan, because he’s clearly channeling that version of James Bond – but if Bond survived all those missions, turned into M, and was now looking for a 007 to carry on his legacy. In fact, Kingsman plays like a hyper 90s-nostalgia prequel to the James Bond story, and despite initial fears, Taron Egerton turns into a pretty good gentleman spy.

When we first meet Egerton’s Gary Unwin, he seems like a bit of a punk, but not an all-out bad kid, and certainly a pretty sympathetic one. His mother (Samantha Womack) has been dating creeps since losing her husband, a Kingsman. Gary steals a car from his mother’s boyfriend’s son (don’t quote me on that, there were thick accents), but gets saved by his father’s former mentor, Harry. Turns out, Harry isn’t just protective of Gary – he’s looking for a new Kingsman to replace an agent, recently assassinated by a new foe. And so begins Gary’s training/tests with other possible Kingsmen (and Kingswomen) hand-selected by other agents, including his ally Roxy (Sophie Cookson) and foil Charlie (Edward Holcroft). And all are under the watchful eye of Merlin (Mark Strong), a sort of Q, as drill sergent character.

I can’t tell you how good it is to see Strong, a really good actor, actually getting the chance to play a funny character. And it is just as nice to see Colin Firth suited up and playing the debonair, reserved man we all feel in love with, but with a twist. This movie is guilty of a lot of suit porn, and I love every minute of it. It also happens to feature that same suited-up, debonair Brit kicking some serious ass, and surprise surprise, Firth really does sell it, despite always keeping his perfectly tailored suit neat and clean.

In fact, all the performers in Kingsman seem completely committed to their roles and clearly had a great time doing it. Yes, all these actors are professionals, so that should be expected; but that isn’t always true in movies like these. The glee we sometimes see in actors who break is on-screen only behind the 110% commitment these actors have in their roles. It’s also really nice to see Samuel L. Jackson’s inherent weirdness get used in a dark character. His henchman/bad Bond girl Gazelle is played by dancer Sofia Boutella, who proves to be an inspired choice; and who, along with Cookson, is sexy but not overly sexualized and certainly not underestimated as girls who need saving. In fact, both are often more brutal and pragmatic than their male counterparts. Mark Hamill and Michael Caine have smaller supporting roles, but the movie really is about the previous generation of leading men passing the torch to the younger. And Egerton’s transform is more than convincing, proving anyone really can become Bond with a little training. 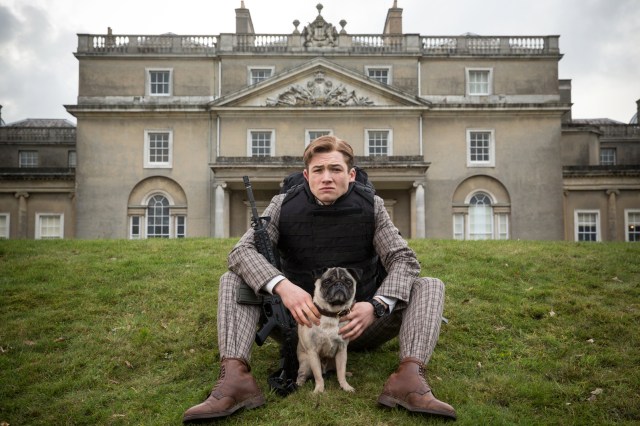 Vaughn wrote the movie with his regular screenwriting partner Jane Goldman, with whom he already wrote Stardust, Kick-Ass, X-Man: First Class, and Days of Future Past. Their wit is on full display in this movie, and together they have a good sense of how to properly mix character, dialogue, and action, so we have enough ingredients to avoid that “mind-numbing” effect of some other action films. But the movie really does succeed because of Vaughn, who takes everything he’s learned from making movies over the past decade, and the things he loves about movies, and unapologetically borrows and transforms them in ways which both make sense and improve the source material to make it its own entity. Even with long scenes of action utilizing modern effects, the approach doesn’t seem gratuitous, which is an impressive accomplishment after having seen so many action films already this year. And he seems so giddy doing it that Vaughn’s enthusiasm is kind of infectious.

Now, the movie isn’t perfect, and at times Vaughn’s teenage sensibilities do show, but he usually pulls back before alienating the audience. And while the movie is extremely violent (without much blood), he does find clever ways to show violence, and even seems to be commenting on the cinematic pleasure of seeing well-orchestrated, creative, gleefully over-the-top fights in films as a kind of catharsis. And bless him for showing enough of the stunt work that you can appreciate how much physical work went into those fights. While the movie probably is a bit too long (the common problem in origin story movies), I would have no problem seeing this turned into a franchise. This might be a guilty pleasure movie, but I don’t really feel that guilty for enjoying it… because as ridiculous as it is, it is definitely clever, and far from dumb.