I Used to Be Normal: A Boyband Fangirl Story an Important Look Beyond Stereotypes | The Mary Sue

Review: I Used to Be Normal: A Boyband Fangirl Story Is an Important Look Beyond the Shrieking Stereotypes 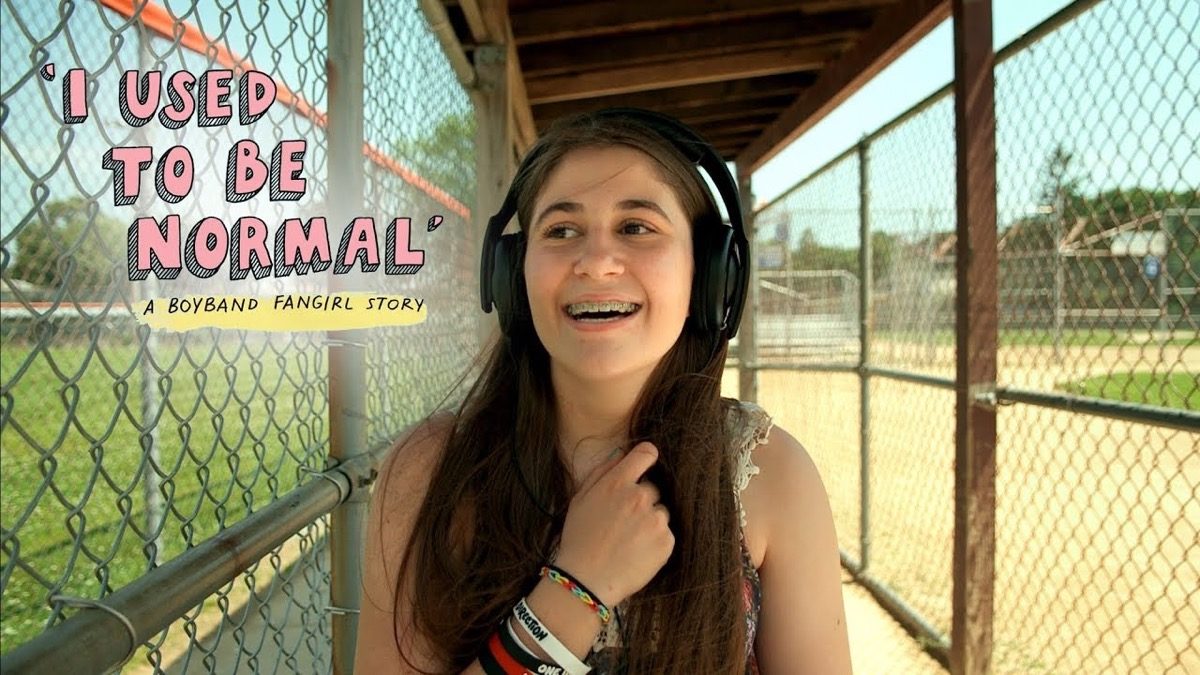 From the moment you press play on Jessica Leski’s I Used to Be Normal: A Boyband Fangirl Story, you’re set up for a whirlwind nostalgia trip of scrapbook images, idolized and idolizing teens, and more clunky analogue tech than you can point a camera at in 90 minutes. Charting a history of DIY fandom that has transitioned from colored pencil scribblings in teenagers’ diaries to online forums and digital fan art, it’s a documentary that offers so much more than the retro bubble-gum stick of pop culture that the makeshift aesthetic—and possibly the subject matter—suggests.

For, beneath its makeshift aesthetic and oh-so-girly romanticism, I Used to be Normal is an insightful examination of the women behind the screaming crowds of adoring fangirls who have populated concerts by The Beatles, ‘NSync, and Westlife all the way to BTS.

Focusing on four women at varying stages of life and representing different fandoms (we meet Directioner Elif and Backstreet Boys fan Sadia in the USA, and Take That and The Beatles aficionados Dora and Susan in Australia), the film connects female fans that across time and space. Reflecting on their fandoms to the bouncy pop choruses of adored boybands, they each remember the highs and lows of their very real relationships with musicians they’ve barely, if ever, met.

While a little contrived, watching the four women joyously unbox mementoes of their fandom is a delight: there are signed photographs, tour t-shirts and posters, fanfic and ticket stubs. Particularly touching are the personal memories that these archived objects elicit; these are not only the ephemera of our pop culture, but also the artifacts of individual lives with friendships, family disagreements, and the milestones of growing up worn into the frayed edges of faded music magazines. Despite the women’s cultural differences, the film champions the love and community that shared fandom can give us, and it revels in the women’s excitement.

Throughout the film, we slowly learn about how fandom changed the lives of the four women. Elif, the subject of a viral video in which she cries uncontrollably about her love for One Direction, is the daughter of a Turkish immigrant family who is inspired by the band to pursue a music career. Dora’s Take That addiction played a significant part in her understanding her sexuality (an anecdote that gives the film one of its many air-punching yass-queen moments of unbridled feminist joy) and helped her recover from an athletics injury.

Sadia used her Backstreet Boys fandom as a safe outlet for her sexual desires in her American-Pakistani family and created a daily online newsletter with 2000 subscribers (no mean feat pre-social media). Susan—one of thousands of fans condemned by authorities for causing chaos in Melbourne when the band toured—found solace in The Beatles while grieving for a friend with a terminal illness. Every woman has her story, and every woman is compelling and inspiring in her own right, beyond the boundaries of her fandom.

And, resisting the temptation to turn to cliched talking-head experts (not that there’s not great expertise on fandom out there—try Suzanne Scott or Lori Morimoto for starters), I Used to be Normal lets the women speak for themselves. Upending the tired trope of the ditzy hysterical fangirl, all four women are quietly self-aware and deeply analytical. They question the limits, weirdness, and devotion of their fandom. They acknowledge that the seemingly “safe” men they adored probably weren’t so safe after all.

Sadia, in particular, reflects on the economic cost and class privilege of her fan performance. Dora discusses shame and sexuality. And even Elif, the youngest fan of the four, has, by the end of the film, begun to move on, recognizing the transformations that her fandom brought about in her social life. Consequently, the film offers a critical celebration, a nostalgic chance to look back at your younger self in a mirror, seen through kind but discerning adult eyes.

One area that perhaps required greater interrogation was the issue of difference and diversity among fans and boybands alike. Elif and Sadia both, to some extent, perform fandom to demonstrate their assimilation in white U.S. culture, and this causes problems for them in their respective Turkish and Pakistani households. Theirs are important narratives, and ones that warranted further discussion with more nuanced questions.

It’s also telling that while there is diversity of class, race, and sexuality among the four women, there are no indigenous or black women interviewed. Indeed, black boybands are not only ignored (The Jackson Five, anyone?) but actually undermined (Boyz II Men are too sexy to be a real boy band, apparently). More attention to black culture—and let’s be honest, if we’re talking boybands and pop music, attention to outright appropriation wouldn’t be amiss—would have benefitted the film. It had room for one or two more stories within its framing, and it’s a shame to have such a glaring gap.

Nevertheless, I Used to be Normal does great work at getting behind the screaming headlines and shrieking stereotypes to the emotional and psychological realities of women’s experiences. In their desire for shirtless men in rain-soaked music videos, these fangirls resisted and are resisting the constraints that society has placed on teen girls since time began.

Instead of being quiet and meek objects of desire that soak up other people’s emotions and sit quietly in the corner like decorous Victorian maids, these women are challenging conventions and pouring out their feelings. At concerts and meet-and-greets, they scream, cry, dance, express desire for sex and love, and ask for more than the world told them they could have—and what’s more, they’re proud of it.

Of course, it’s an imperfect world, and while Susan optimistically talks about the ’60s as a “scary time for women” and hopes that things are “a little better now,” Elif’s heartbreaking story proves there’s still plenty of room for improvement. But as the film suggests, the trivialized space of boyband fandom gives many girls and women an alternative, imaginary life, free of rules and regulations, and inspires them to develop creativity, confidence, and a sense of self.

It’s a pleasure to see the four women step out from the shadows of their fandom and claim their own space as talented individuals in their own right. (Elif, if you’re reading this, keep playing that guitar.) Jessica Laski’s skill is such that, after 90 minutes, you’ve forgotten all about The Beatles and Take That and One Direction, and you’ve become fans of the women who love them.

As you laugh and cry, you’ll feel as close to Elif, Dora, Sadia and Susan as if you’d just screamed your heart out at a concert beside them.