Review: I Am Cait, Episode Four—the Most Conflicting and Conflicted Episode so Far 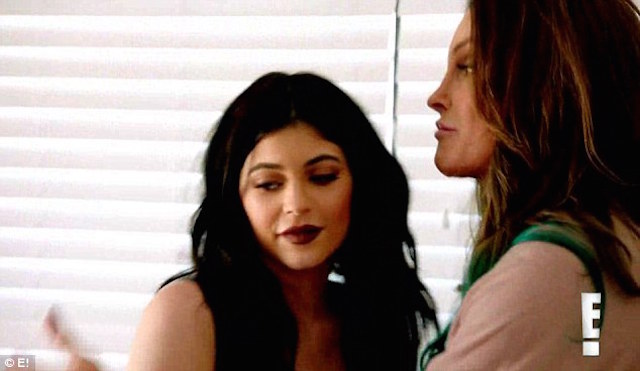 I Am Cait episode four is the most conflicting and conflicted episode of the series so far. One one hand, the show is sticking doggedly to the idea that it has a responsibility to represent trans people well and educate on trans issues, and on the other, we have Kate Bornstein and various Kardashians.

The theme for this week’s episode is family, with Caitlyn Jenner lamenting the fact that two of her kids have not been in touch since she came out. We get to see Kim Kardashian and Caitlyn talking about the family divide where Kim acts like a spoiled kid and adds the disgusting line, “You still have a little Bruce in you; I thought Caitlyn would be kinder.” I wonder if she knows how amazingly offensive that is? Bringing up a trans person’s past in an attempt to wound is gross behavior.

It seems that both sides of the family are not reaching out to the other, which leaves Caitlyn isolated. Apparently, it’s all to do with the Vanity Fair article and a line Caitlyn said has been interpreted as a dig at her ex-wife. Even if it is, it’s minor compared to Caitlyn’s public transition and everything she’s going through. Apparently her family has other ideas, and a perceived slight is a bigger issue than bothering to support Caitlyn through what has to be one of the hardest things she’s ever done.

The show then switches to the actress Candis Cayne inviting Caitlyn to a slumber party, with lingerie dress up?! Is this a thing? I might be missing out if this is a thing. Where are The Mary Sue slumber parties and why am I not invited? Candis goes on to say another couple of guests will be invited for a while and one of them turns out to be the radical and outspoken Kate Bornstein. Heavy sigh. Kate, for those of you without much experience of her, is problematic.

Kate Bornstein has fought determinedly and bravely for transgender rights for decades; she’s achieved some good, but she goes about it in a way that is damaging and divisive. Her insistence on using the word tra**y and that trans people are “gender outlaws” and “freaks” are not positions I wholly agree with. Embracing being a “freak” is a position Kate pushed on Caitlyn much to her unease and bafflement. “What about the freak factor? We are freaks to a lot of the world.” Kate says, helping to reinforce what I believe is a negative view of transgender people.

Caitlyn responds with some unhappiness: “Um, I really feel like what we are trying to do here is kind of normalize this as much as we possibly can.” Score one for Caitlyn. In my opinion, Kate is product from another time. Her views—or the expression of those views—just haven’t kept up with where transgender politics are now. “Embrace your freak factor.” Kate declares, “Nope!” I say back at the screen. Embrace everyone’s differences, yes, but the word freak is wrong, and I find it insulting. Caitlyn was obviously not on board but managed to be polite in a situation where I’m not sure I could have managed the same.

The show ends with Caitlyn and Candis attending a family support group, which at first had me annoyed. Caitlyn is just six weeks into transition at this point; how can she give advice yet? It turned out though they were there to listen and be supportive rather than give advice, and it turned into a really positive piece with Chaz Bono. Chaz has been helping with this group since 2009 and looked comfortable and assured as he helped families support transgender kids. It was a great segment and worth watching.

Although this episode contained various vapid Kardashians, it changed into something more than reality TV family bickering. For me, this was the episode that showed what I Am Cait could be. It’s a show that’s trying to mix reality TV, transgender politics, and the story of someone’s transition all together. I believe its heart is in the right place, but I’m not sure that’s a cocktail that is going to suit many tastebuds. I suspect the mix is a little too unique for the target audience.