Review: How Is The Bad Batch, a Story About a Lawless Wasteland and Cannibals, So Underwhelming? 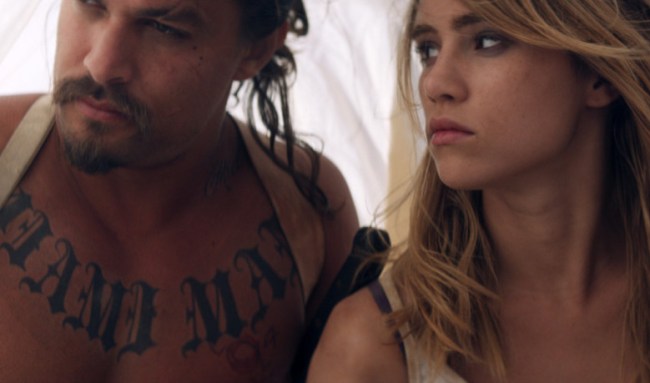 I watched Ana Lily Amirpour’s The Bad Batch last month, and despite an exciting premise that featured a Mad Max-esque lawless wasteland, Jason Momoa, Keanu Reeves, and cannibalism with the director of A Girl Walks Home Alone at Night, the film was wholly underwhelming.

The film centers around Arlen (Suki Waterhouse), who’s dropped off in the Texas wasteland “fenced off from civilization” and almost immediately captured by a band of cannibals led by Miami Man (Jason Momoa). After losing an arm and leg she makes an escape and starts to build a home at a place called “Comfort” and encounters a kind of hedonistic, drug-fueled, rave-like place led by The Dream (Keanu Reeves). Amirpour calls it “a psychedelic western” about human connection and the film plays out as a kind of island of misfit toys tale with lots of blood.

Now, I was watching this in May so I kept making Fyre Festival jokes about this horrendous wasteland as Arlen wanders aimlessly in her high-waisted shorts. Those are outdated now, thanks to the embargo, but there you go. The first act, or “the cannibalism part” was the strongest for me as an introduction to this world. The sense of decay, abandonment, and building a home only with scraps makes for a stylish and distinct look that I fully enjoyed. However, as the film progressed and I saw more coverage of the film, there are aspects that made it less compelling and outright uncomfortable at times.

Spoilers for The Bad Batch ahead:

After Arlen escapes and has been in Comfort for a while, she acts on a desire for vengeance and finds the Miami Man’s wife and daughter, Maria and Honey. There, she takes a gun and shoots Maria in the face, and takes Honey with her to Comfort, a place the cannibals are not allowed to enter. Honey becomes a sort of adopted child to Arlen, and after a series of events the two reunite with the Miami Man in what may or may not be a romantic connection. So, The Bad Batch stars a white woman who shoots a black woman in front of her daughter without consequence. Afterward, she essentially takes Maria’s face within that family.

This was not the only issue I had with the movie. Keanu Reeves, who I firmly believe has all the likability of a cult leader, plays a cartoonish and wholly uncharismatic cult leader that felt weak to me. The scene where Arlen goes on some kind of acid trip was too long and felt like someone at a party trying to explain their acid trip to me (which is like listening to someone tell you about their dreams—not nearly as profound as you think).

Honey is barely given a voice. Arlen says to Miami Man “I hate your kind” after he opens up about being an undocumented Cuban man, and while it’s not clear if “your kind” meant cannibals or undocumented immigrants, what? The tone is uneven and Momoa feels more like a babysitter than anything else. The accents are questionable. 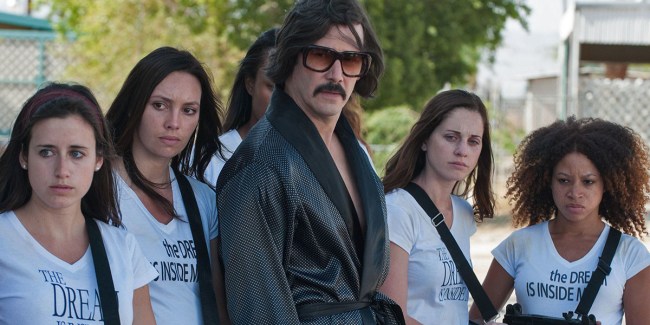 I could go on an on about this, and how the equalizing “we’re all Bad Batch, aren’t we?” story about human connection in a wasteland doesn’t work when you have to acknowledge that everyone in this wasteland has faced different experiences. Amirpour has argued that everyone in her film is treated poorly regardless of race or gender, but the fact is that violence holds different connotations the viewers who are very much equal. This isn’t some prudish concern about brutal and explicit violence in and of itself, but a question about where that violence has been traditionally directed.

Maria and Honey’s story isn’t the only issue with the film, but it’s by far the most telling.

I highly recommend you read this interview between Valerie Complex and Bianca Xunise, who attended a Q&A with Amirpour and had her questions about the violence in the film completely dismissed. After Amirpour shrugs off Xunise’s question to a cheering crowd, she describes her feelings like so: “I had suddenly become that disrupting, angry black woman that ruined the fun for everyone … I have never felt such embarrassment in my life, so I slinked away from the mic humiliated.”

Amirpour’s subsequent treatment, first shared in this Twitter thread, demonstrates a complete disregard for valid concerns about how violence against black bodies is often treated as spectacle and treating black women as irrational plays into stereotypes that make it harder for them to be treated seriously.

In another interview with The Verge, Amirpour says she is “a good person coming from a good place” and “I’m happy to have interesting conversations, but I don’t feel the need to stand there against a corner and get attacked or called stuff. It feels mean.”

The director goes on to say “She can be upset by the film, that’s her right,” and continues:

“But I also think that, you know, as far as me, and what I’m doing, I’m asking questions about human nature, and about if one violent action justifies another. That’s the deep moral fiber of what I’m thinking about in this world called The Bad Batch. Are people inherently good or bad? The system makes us into these things. Everybody in that film, every character has a fucked-up reality. It’s safe to say that. Everybody in our world has a story and a reality and a justification for how they feel, and has gone through some fucked-up shit. So I don’t know. I don’t even know what the question is. I don’t even know what we’re talking about.”

The Bad Batch falls short on a lot of levels, but this particularly leaves a poor taste.