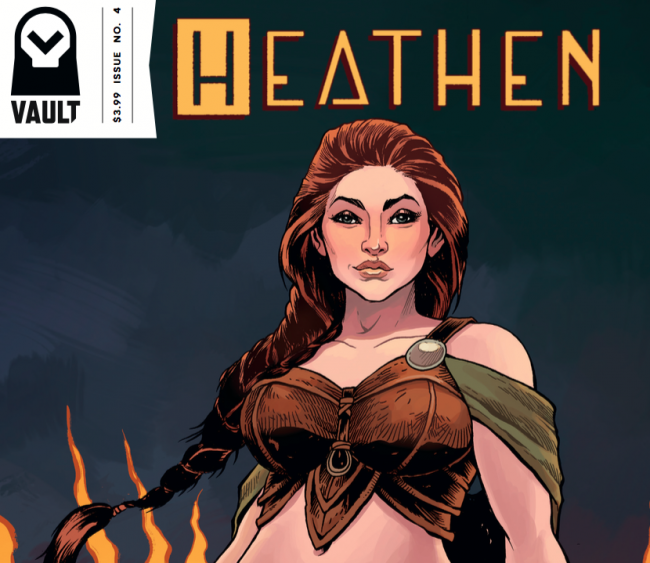 My favorite thing about Heathen, by Natasha Alterici, is that it feels like a familiar story, because in many ways, it is. Themes like (wo)man vs god, the pursuit of love, these immutable conflicts get to the heart of Heathen. But the actual heart of the book is Alterici’s original heroine, Aydis. Banished from her village for kissing a woman, Aydis embarks on a quest to confront Odin himself. Along the way, she rescues one Valkyrie, is kidnapped by another, discovers her trusty steed Saga can talk, and teaches us all a fun fact about those horned Viking helmets. 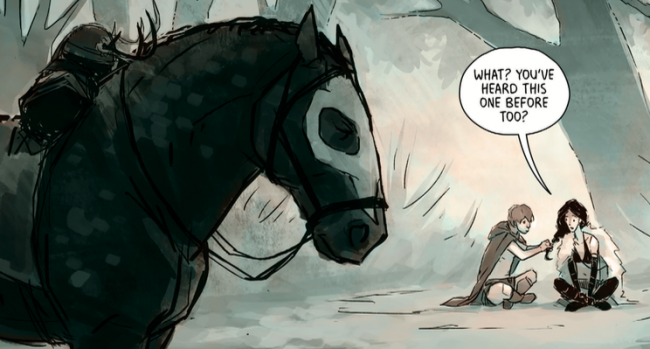 In issue 4, the last of the first arc, the storylines of Aydis and Brynhild culminate in grand acts of defiance, but they aren’t the only ones fighting against the patriarchy. Their epic quests are scaled down and played out in smaller acts of defiance by everyday people. These are smaller acts than walking through fire or defying the king of the gods, but they are no less brave. It makes an impactful point, that sometimes simply looking out for a friend, saying who you are or who you want to be is plenty brave, even in a world of heathens and Vikings and Valkyries. (And, maybe those heathens are just like you.) These declarations of self from women and queer characters fit so elegantly into the mythology Alterici uses to weave her tale, it reminds us that these narratives belonged there all along. 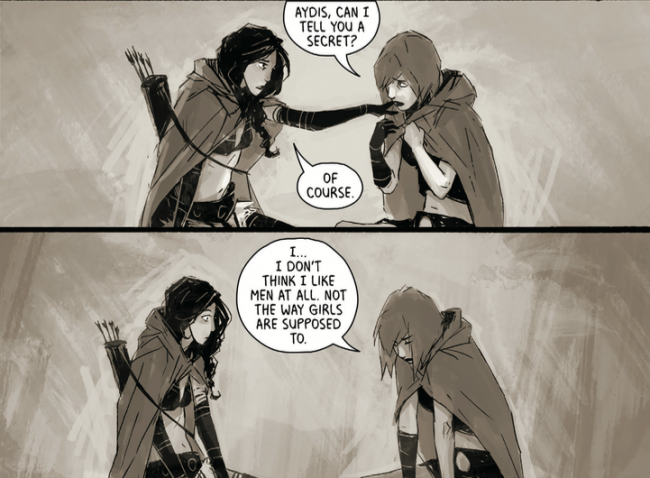 The artwork of Heathen is economical and concise. Alterici keeps her color palette tightly edited, her composition simple. This approach is more impactful than a busier aesthetic, and implies the sort of timelessness one expects of mythology. Negative space becomes scenery, and it works equally well for dramatic story beats as it does for more intimate scenes, adjusting the lighting to give the feeling of a grand, sweeping space or to frame a furtive conversation.

By contrast, the characters have plenty of detail and personality. Alterici is adept at making their faces and body language as expressive as their dialogue. Rachel Deering’s lettering for the Vault Comics edition of Heathen (previously published digitally with Literati Press on comiXology’s Submit program) brings their voices to life, and is an excellent fit for Alterici’s brisk linework.

A second series is underway, in which Aydis takes to the sea in search of the gods, and according to its Kickstarter, will include “badass lady pirates, vicious mermaids, and other immortals.” I didn’t even know you could make “lesbian Vikings” any better, but I think that Heathen Vol. 2 will manage it.

Tia Vasiliou is a digital editor at comiXology, and co-host of The ComiXologist podcast, which is available on Soundcloud and iTunes. You can find her taking on the patriarchy on Twitter at PortraitofMmeX.