What if Dorothy had just stayed in Oz? 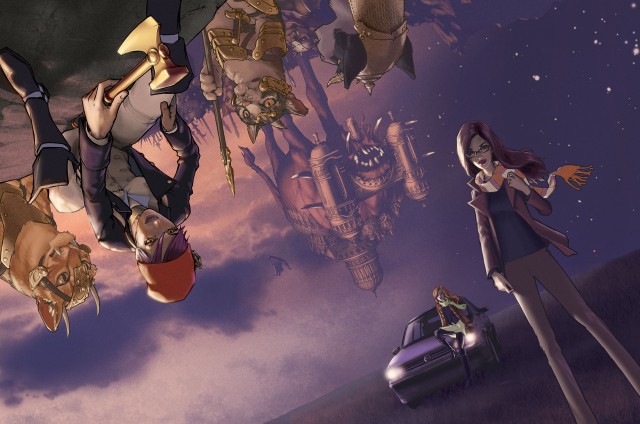 Gene Ha’s record in comics is pretty damn impressive. Since winning the Russ Manning Most Promising Newcomer Award in 1994, he’s won four Eisner awards, become a New York Times best seller, and worked on such comics as Batman: Fortunate Son, Global Frequency, The Shade, Superman, Top 10 and others. Now, with artists Rose McClain and Anette Nam, he has put together an original graphic novel with a Kickstarter campaign behind it: Mae, the story of a young geek who reunites with her runaway sister and winds up in a fantasy adventure.

We’ve often seen The Wizard of Oz and Narnia style stories where a kid finds a magical place, spends some time there, and then returns a changed person but finds their absence really took no time at all in the “real world.”

In Mae, the title character’s sister Abbie vanished in a similar way seven years ago and is only now returning. Her fairy tale style adventures meant that her sister Mae had to grow up a little early in order to take care of their ailing father. For the better part of a decade, Mae Fortell grew up without her sister. Now she isn’t sure she recognizes the oddly dressed Abbie, who acts like she’s been away from planet Earth and claims to have had strange adventures fighting monsters. Things get weirder when it turns out the monsters and their magical realm are real. 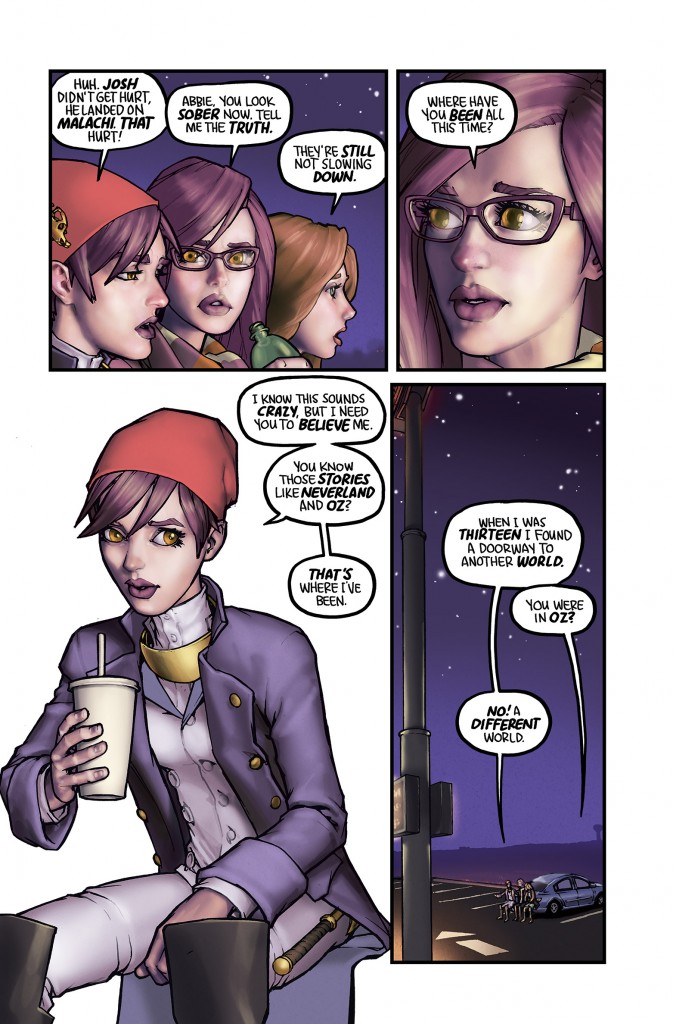 The story isn’t called Abbie, though; it’s called Mae, and she’s a fun lead protagonist. She asks questions, but isn’t completely a fish out of water thanks to the fact that she’s a geek. She and her friend Dahlia meet at a pizza parlor to catch up and spend half the time quoting Doctor Who. Mae is taken aback by Abbie’s return, but decides she’s more interested in learning where her sister has been than in immediately laying out guilt and anger (honestly, she’s a lot more forgiving than I would be in the situation). Mae, Dahlia and Abbie make for an interesting trio of leads, three young women who are intelligent, intuitive, brave and loyal.

There were a lot of ways the story could have fallen into predictable post-modern expectations, but Ha tends to avoid them. This isn’t a dark reimagining of a classic Narnia style story. The artwork is vibrant, with colors as bright as the main characters. It looks like a great all-ages cartoon at times and also brings weight, because this is a story about consequences and adjusting to unforeseen events. Without Abbie around, Mae had to become the primary caretaker of their father, but she isn’t embittered by this and the responsibility hasn’t dominated her life so much that she hasn’t had friends and fun along the way. Abbie came back and expected to be taken at her word and welcomed with open arms, only to realize that her absence has left a deep pain in her family.

This also isn’t a story that plays a long game of slowly revealing the truth. We actually see the monsters before we see Abbie, as they’ve also come to our world and are looking for her. It helps keeps the story at a nice pace rather than pretending we don’t know the premise. Along with this, the exposition is nicely done. Dahlia never met Abbie, so it’s understandable she would have some questions about the lady. Mae is confused by some of what Abbie claims, but she’s also a geek who doesn’t need common fantasy tropes explained to her. The story wastes no time getting our heroes into action and sending them on a quest.

The Kickstarter campaign has reached its initial funding but still has stretch goals. There’s lots of fun behind the scenes materials for backers, along with physical copies. Check it out and support this fun new adventure. 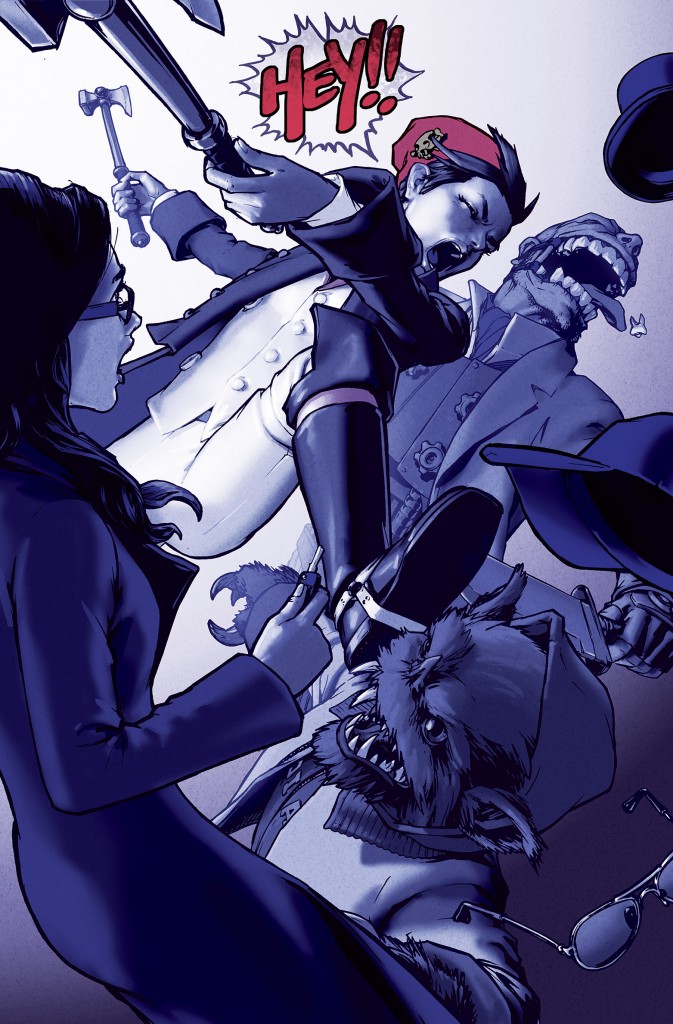 Alan Sizzler Kistler (@SizzlerKistler) is the author of the New York Times Best Seller Doctor Who: A History. He is a freelance writer, actor, comic book historian and geek consultant who occasionally speaks in classrooms and at conventions about the evolution of superhero and science fiction, vampire fiction, feminism in pop culture, and LGBTQI representation in media.