Review: Detroit a Powerful Depiction of Racism That Manages to Erase Black Women 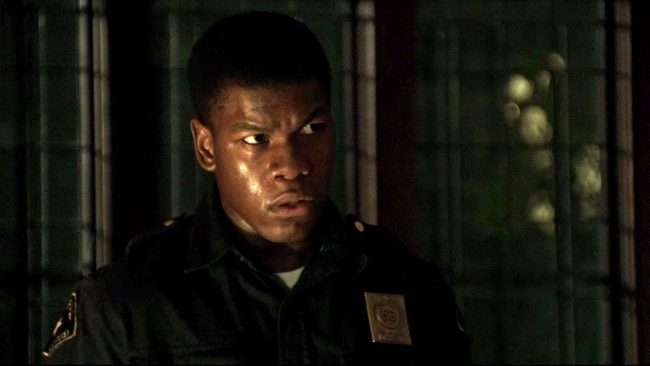 They say that art imitates life, and at times of sociopolitical turmoil, art tends to take on a more dour, intense tone. Right now, there’s Kathryn Bigelow’s Detroit, a film that takes place in 1960s Michigan, but feels all-too-relevant to the present moment.

Detroit tells the story of an incident that happened at Detroit’s Algiers Motel during the racially-charged riots, known as the 12th Street Riot, that engulfed the city in 1967. The Algiers Motel was a place where black young people gathered to let off steam and socialize, providing one of the few havens they had in an increasingly volatile city.

Over the course of the film, we’re introduced to several of those young people, including Larry (Algee Smith), the lead singer of an up-and-coming R&B group called The Dramatics, and his best friend Fred (Jacob Latimore). At the motel, they meet two young white girls, Julie and Karen (played by Hannah Murray and Kaitlyn Dever), with whom they start flirting. The girls take them to the room of some other black, male friends of theirs, and that’s when the evening gets intense.

Two white police officers (played by Will Poulter and Ben O’Toole) respond to a gunshot they hear erupt from the direction of the Algiers, and when they can’t find the gun, or the person who shot it, they start terrorizing everyone at the motel in the hopes that someone, anyone, will confess so that they can make an example of someone. They end up killing two people in the process, while brutalizing several others.

Meanwhile, a security guard named Melvin Dismukes (played by John Boyega), is guarding a nearby store, but arrives at the Algiers to help as many young black men survive through the night as possible, while ultimately being helpless to stop the police terror.

Detroit‘s depiction of racism is brutal and relentless. As a director, Bigelow specializes in action, and in working with cinematographers that excel at in-your-face, frenetic camera work that immediately immerses the viewer into whatever intense situation is happening on screen. From the beginning of the film, when we see both racist police officers casually talking about how black people need to learn, and black people responding to the racism they face in a variety of ways, to the harrowing events at the Algiers, you can’t look away from the brutality.

There were several times during the film that I felt as though my head were being held underwater. I was breathless and my heart was pounding. Detroit makes you feel the horrors of those events in your body, as if you’re there.

Another success of Detroit is the nuance with which it explores the events. There are the white cops who are openly racist and righteous about it, and there are the well-meaning white cops who nonetheless play into a racist system. There are black men in law enforcement or the military, like Dismukes, or the black detective at the beginning of the film, or Anthony Mackie’s soldier, Greene, who believe that it’s possible to show the white police that not all black people are against them, and there are those men who are more politicized, and stand firmly behind the riots.

And then there’s everyone in the middle, who gets caught up in it.

Detroit is great at conveying nuanced ideas. It’s less great at conveying nuanced people, and this is the biggest flaw in Mark Boal’s script. It explores big ideas about racism while undercutting character. Each character seems less like a person and more like a type, and while the performances are extraordinary all the way around (there’s not one weak link in this cast), the material they have to work with, from a character perspective, doesn’t give them much.

There’s also the fact that the film centers the experiences of black men, and … white women. I was hugely uncomfortable once we got to the events at the Algiers, and I realized that though we get glimpses of black women throughout (as sisters, or girlfriends, or mothers, or old women in the neighborhood), there are none that figure into the main plot.

Meanwhile, the film focuses extensively on the sexist experiences of Karen and Julie at the motel. After all, you can’t comment on the racism committed against black men without commenting on the fact that the white cops would be horrified by the fact that white women were at the motel having sex with black men.

But what about the racism (and sexism) committed against black women?

That’s pretty much what this film is doing. We don’t have time for you, black women. Sorry. Maybe next time?

Detroit is an important film for this moment in our country’s history, and it’s one that I’d recommend people see. However, it’s disappointing that Bigelow, as one of the few, big-name female directors working today, and Boal both couldn’t figure out how to be more intersectional with their feminism. It’s as if they said: We want to examine racism, and we want to examine sexism … but we couldn’t possibly examine both at the same time.

As if the experiences of black women would be that one thing too many packed into an already-intense script, rather than the thing it needed to make the story more nuanced, human, and true.