Review: Bitch Planet #10–We Are Woman Enough to Survive 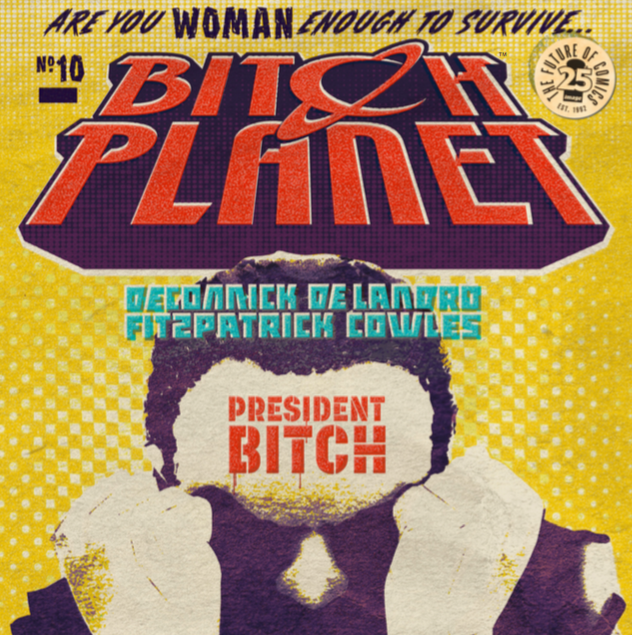 Bitch Planet is a book that, from the first issue, felt bigger than what was printed on its pages. With fewer than a dozen issues, creators Kelly Sue DeConnick and Valentine De Landro have inspired a veritable army of non-compliant women (and men!) to speak out, take up space, unite, and resist. I can always tell I’m going to like someone when I explain the premise of the book–an extreme patriarchal dystopia, where women who do not conform are incarcerated on an auxiliary compliance planet, aka “Bitch Planet”–and their response is, “I would definitely be sent there.”

But if there is anything we can take away from Bitch Planet #10, it’s that they can’t keep non-compliant women beaten down and hidden away, no matter how hard they try. And they really do try. 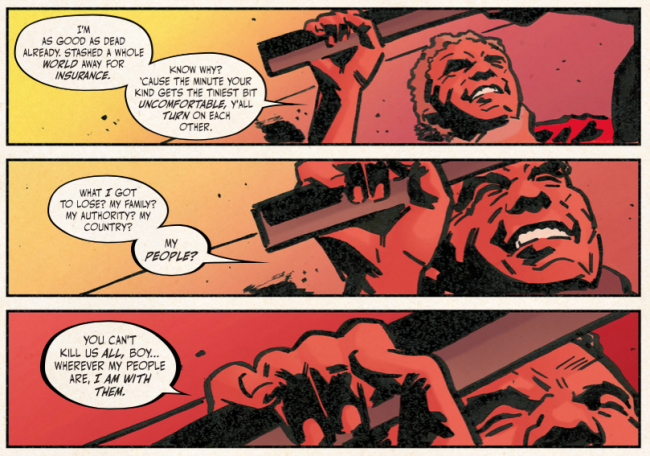 In the last issue, while searching for her sister, Bitch Planet inmate Kamau Kogo discovers that the former president, a woman named Eleanor Doane, has been secretly hidden away in the prison. Now, amidst a riot, Kamau and a group of women fight their way to the control room, where architect Makoto Maki, a man who lost his daughter to the brutality of Bitch Planet, is having serious doubts about the oppressive order of things.

The story in this issue flashes between the prison and an important gathering where the society’s “Fathers” are poised to deliver a public address. Among the privileged women in the crowd, we are reminded what compliance looks like. These women remember their place. Or, most of them do. Some of them also remember Eleanor Doane, and they are ready to take action. No spoilers, but the shocking final scene will give you a lot to think about. There are many ways things could go from here.

Non-compliant women will never stop fighting. But if we could change things by ourselves, we would have done it already. Change can really be effected when people who more or less benefit from systems of inequality—people who exist inside of those systems—join the resistance. 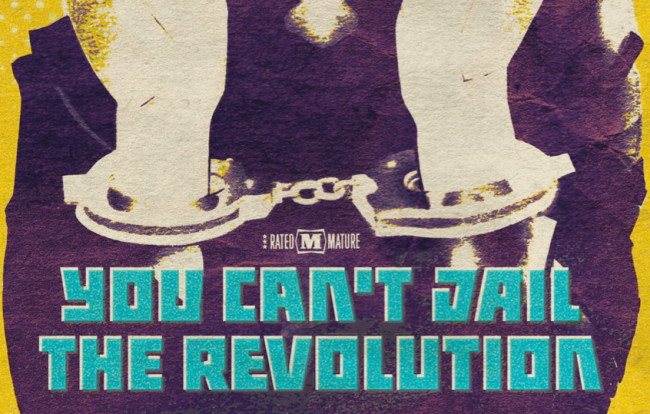 What makes Bitch Planet such a valuable book is that it not only presents an incredible story, it provides readers the tools to unpack it. In the back of the single issues (not the trades!) are intersectional feminist essays by Danielle Henderson, Rebecca Wanzo, Lindy West, Sarah Jaffe, and others. There are dozens of pictures of NC (that’s non-compliant) tattoos, an inspiring letters page, reading lists, knitting patterns … essentially an entire community where you can cultivate and celebrate your non-compliance.

Tia Vasiliou is a digital editor at comiXology and co-host of the weekly ComiXologist podcast (available on iTunes and Soundcloud). She and her mother got their NC tattoos together. You can find Tia being non-compliant on Twitter @PortraitofMmeX.