Review: Annabelle Comes Home Is Another Solid Entry To The Conjuring Cinematic Universe

Three out of five artifacts in the Warren family home. 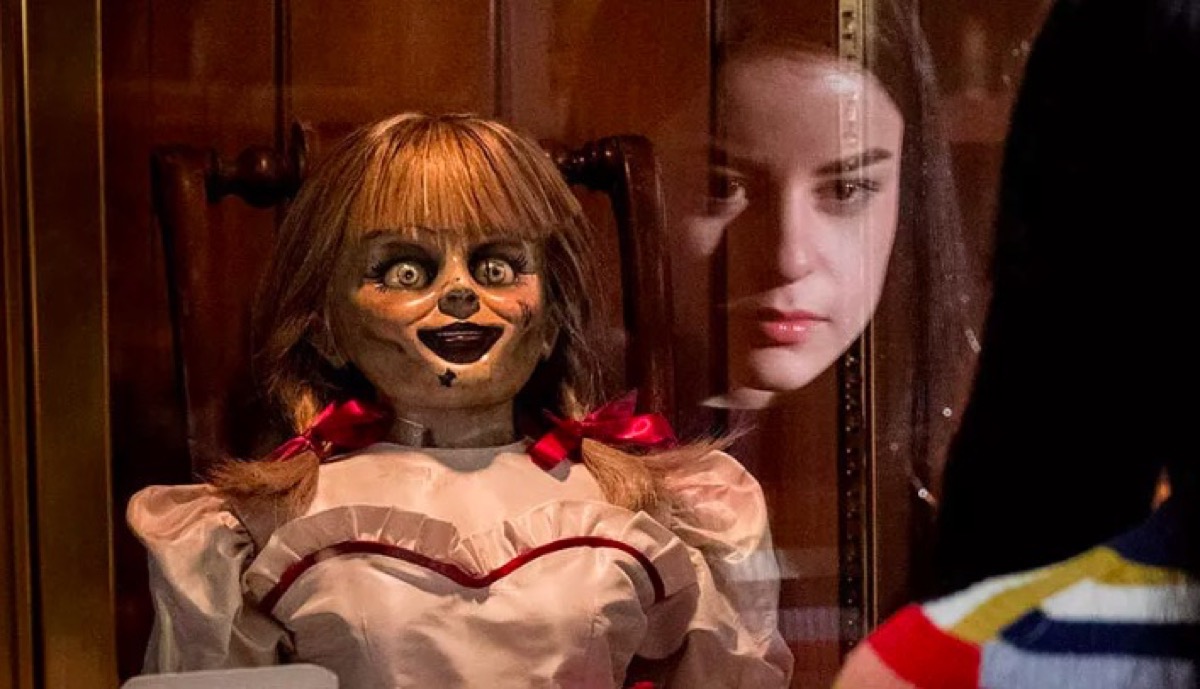 Annabelle, the titular doll terrifying the Warren family, has had a pretty exciting life of haunting and tormenting mere mortals. In the latest installment, she gets to bring the evil straight into the Warren family home, this time targeting their young daughter. The ensuing nightmare that is Annabelle Comes Home isn’t the best film in the Conjuring cinematic universe (that title still belongs to the excellent and oddly romantic The Conjuring 2) but it certainly is scary, the type of summer horror film that provides a fun escape from the heat and sunshine of the outdoors.

With every passing film, the Conjuring cinematic universe proves itself worthy of existence. The heart of the film is, of course, the Warren family; mother Lorraine (Vera Farmiga), father Ed (Patrick Wilson), and daughter Judy (Mckenna Grace). The Conjuring films that feature these characters work because we care about the Warrens as a family. Judy, who has remained fairly in the background for most of the films, gets the chance to shine, and it makes me hope that she gets her own set of spin offs.

Set a year after Annabelle is brought to the Warren’s artifact room (with a thoroughly creepy prologue detailing just how powerful Annabelle is), Judy is dealing with her own psychic gifts and her status as an outsider given the family’s odd profession. Ed and Lorraine are headed out for the evening, leaving Judy alone with babysitter Mary Ellen (Madison Iseman) and her friend Daniela (Katie Sarife). Daniela, suffering from a personal tragedy, breaks into the Warrens’ artifact room, and unwittingly opens the door to a variety of evil spirits, including the titular doll.

The film is intimate in a way; it takes place entirely in the Warren family home, with the three girls taking up the lion’s share of the plot. There’s a small role for Mary Ellen’s would be beau (Michael Cimino), but the majority of the film is centered on Judy, Mary Ellen, and Daniela facing their worst fears. The three girls have a natural chemistry together, and it makes you root for all of them. Even Daniela, at first set up to be somewhat of a antagonistic character (she does break into the artifact room after all), has her own backstory that gives her more depth.

The real stars are, of course, the monsters, and Dauberman has given us several new and horrifying creatures to haunt our dreams and expand the Conjuring universe. At times, it did feel like an extended trailer for future Conjuring films when the Bride and the Ferry Man (my personal favorite, as he is a deeply haunting specter) appeared to wreak havoc, but they’re all visually appealing enough that they not only scare in the context of the film but could probably anchor their own haunting adventure.

The best part of the film is how small the set is. The Warrens live in a ranch home, the average suburban place. There’s nowhere to hide. The girls hurry from one end to another, but there is nowhere to go once the monsters start coming for them. It increases the sense of dread as the film builds towards the climax, knowing that they’re stuck in one place.

And slow burn it does, building towards a climax as all three girls are separated slowly by Annabelle. The film doesn’t immediately launch into haunted house shenanigans but rather plays tricks on the audience. I’ll admit, I was watching certain parts through my fingers, waiting for the inevitable scares. While you’ll be able to see many of them coming, there’s enough visual fun to make it a wild ride.

I almost wish the film had been a little longer. Interestingly enough, I feel as though the film focused more on the girls as characters rather than their fight for survival, which I found to be a great choice. We care about Judy because she’s Ed and Lorraine’s daughter, but it would’ve been easy to turn Mary Ellen and Daniela into characters who the audience hopes get killed off. Instead, by the time that Annabelle started unleashing her master plan, you hope all three survive the night.

For those of us who adore the chemistry between Ed and Lorraine, there is enough family cuteness to tide us over until The Conjuring 3. Ed and Lorraine are absent for most of the film, which makes sense as it is Judy’s story. But the glimpses we see of them showcase that same warmth and love that drew audiences’s interest to the first films. It’s impossible to not root for them.

It does not redefine the genre, not by any means. But a horror film does not have to create the wheel to be good. Sometimes, you want to go to a movie theater and watch a creepy doll terrorize some folks. The Conjuring franchise consistently delivers solid horror films, and the connective tissue that is the Warren family makes it work incredibly well. Hopefully, Judy will be the star of her own spin-offs, and maybe we’ll get to see some of these new and thoroughly creepy ghosts get their own series as well.

If the formula isn’t broken, don’t fix it. We all need popcorn horror fare, and the Conjuring franchise, and Annabelle, know how to deliver.