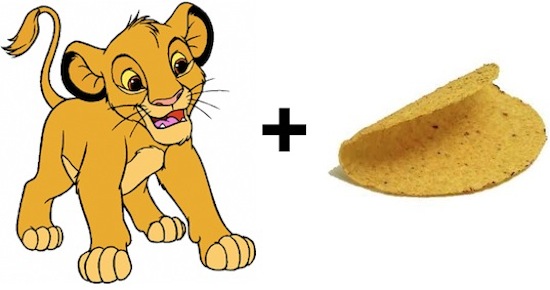 Around half a year ago, Tucson restaurant Boca Tacos y Tequila established Exotic Taco Wednesdays, which appropriately serves tacos with exotic meats, including python, alligator, kangaroo, and Rocky Mountain oysters, which I sincerely hope were called “testicle tacos” on the menu. Owner Bryan Mazon explains that his restaurant serves nearly anything they can obtain, which happens to be African lion this time around, something he is serving in order to “get [his] name out.” Mazon announced on his Facebook page that the restaurant will be accepting pre-orders for the lion tacos until February 7, and they will be served February 16. One taco will cost $8.75, which may seem like something of a steep price for a single taco at first, but becoming the new king of the jungle after eating the current king of the jungle would probably make that $8.75 worthwhile. You always wanted to be royalty, right?

It’s all legal, according to the Food and Drug Administration, as game meat can be sold if the species isn’t endangered. A pound of ground lion beef will cost Mazon around $100, while a pound of tenderloin will cost around $400, explaining the steep cost of a single taco. Mazon is planning to make eight tacos per pound of lion meat, but isn’t expecting to make a profit on the dish, though, as he puts it, “what I want is just people to know I’m here.”

(Arizona Daily Star via Nothing to do With Arbroath)