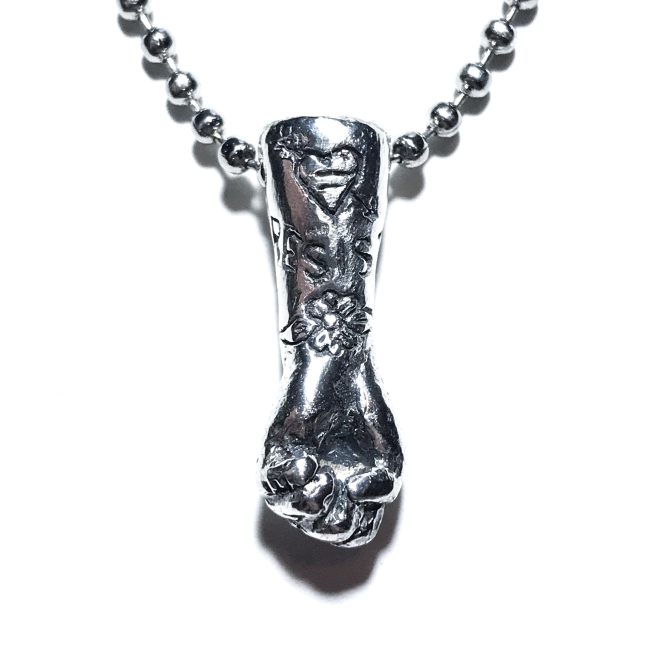 Brooklyn-based Arcana Obscura, which specializes in jewelry “for the weird at heart,” makes pieces that are esoteric, inspired, and unerringly beautiful. Now emerges a necklace that signifies resistance to Trump and his ilk, with half the proceeds going to Planned Parenthood. This is a win-win situation.

I’ve spent many an hour gazing longingly at the Arcana Obscura Instagram feed, which is how I saw plans for the necklace. Arcana Obscura is a one-woman operation run by Kate Hockstein, and Hockstein was energized to create in response to the Trump administration’s comic book villain-worthy healthcare plan:

“This aggression will not stand, man.” Today the administration revealed its plan to cut all federal funding from Planned Parenthood- including Medicaid reimbursements, cancer screenings, STI testing, Violence Against Women grants, and all maternal and child health programs. This is the first time in American history that a healthcare provider has been singled out and blacklisted from ALL federal funding. Make no mistake, this is an all-out war against women. In a few days, I’ll be releasing a special Resistance necklace, and will donate 50% of all sales of this piece to Planned Parenthood NYC. It’s not enough, but it’s a start. ✊🏿✊🏾✊🏽✊🏼✊🏻

When I was growing up, my great aunt wore a tiny gold hanger on a chain around her neck that always provoked commentary. “How adorable,” people would say. “Does that mean that you love clothes and shopping?” With great calmness and clarity, she would explain what the hanger signified: a symbol of the pre-legal abortion past, when women often died or were mutilated by back-alley procedures, including the use of hangers. Her necklace was meant to remind us of a time that we must never go back to. Not only did I learn from the necklace the deep importance of protecting women’s reproductive rights, but it taught me a lesson in proudly wearing visible symbols to spark conversation and evoke history. Needless to say, I have an abiding interest in protest jewelry.

I reached out to Hockstein to ask her to keep me apprised on the necklace, and lo, it has appeared. “A tattooed forearm & fist raised in peaceful protest, cast in solid sterling silver and hung on a stainless steel ball chain.” I adore the messaging here so very much. 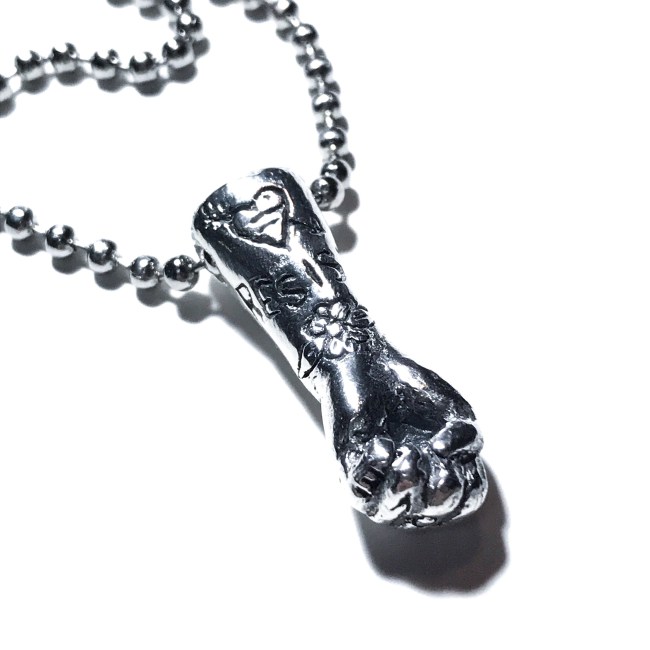 50% of the sales from every resistance necklace go to Planned Parenthood, and until this evening (5/29), 20% of the price of any jewelry purchased via Arcana Obscura’s website or Etsy shop will also be donated. This means that if you find Hockstein’s creations as badass as I do, today’s the day to order. To wit:

I love nothing so much as a fine ring, but before discovering Arcana Obscura I’d never heard the word “taphophile,” or what Wikipedia defines as “Tombstone tourist (otherwise known as a “cemetery enthusiast”), describes an individual who has a passion for and enjoyment of cemeteries, epitaphs, gravestone rubbing, photography, art, and history of (famous) deaths.” I didn’t know there was a word for my delight in exploring old cemeteries, let alone a class of people like me! Hockstein’s taphophile ring shows a skull with outstretched wings, a design popular with 17th-century Puritan stonecarvers. I’m obsessed with it.

Visit Arcana Obscura if you love skulls, swords, scarabs, snakes and sacred symbols. And if you want to wear your protest against this administration around your neck while giving to an incredibly important cause, the Resistance necklace is available as a limited edition until July 1st.

Resist! I’ll be donating 50% of the price of this necklace to Planned Parenthood and 20% of every purchase made this weekend. arcanaobscura.com 🌸✊🏽💜