No, Republicans Are Not Trying to Make the Value of Pi “Exactly 3” 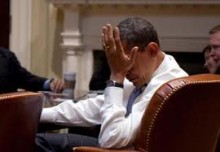 One of the most popular articles on The Huffington Post right now is about a Republican Congressional proposal called “HR 205, The Geometric Simplification Act,” which aims to make the value of pi “exactly 3.” Reading the article carefully, it’s pretty clear it’s satire: “‘It’s no panacea, but this legislation will point us in the right direction. Looking at hard data, we know our children are struggling with a heck of a lot of the math, including the geometry incorporating pi,’ Roby said. ‘I guarantee you American scores will go up once pi is 3. It will be so much easier.'” And Ron Workman has traced its origin to an ancient Internet rumor that was debunked by Snopes in 1998. (The real HR 205 under consideration by Congress now is actually about Native American tribal land-leasing.)

But here’s the thing: Thanks to the A.D.D.-enabling power of social media, all it takes is a truncated Facebook headline and excerpt for people to form an opinion about a story, and many of them don’t actually read it. This article has been shared on Facebook more than 52,000 times, and an Openbook search of recent Facebook status updates shows that a lot of people believe this is for real. “epic fail, no wonder we suck at math and science,” writes one.

Part of the problem is the domain name: Whereas most people know not to take an article with an onion.com URL seriously, this article, which appeared in the Huffington Post’s rather poorly marked Comedy section, simply shows a huffingtonpost.com URL, and that looks legit at a glance. Even the comments at the bottom of the article on HuffPo, by which point you’d hope people would have actually read the article, make it clear that many readers are taking it totally at face value.

So, to facilitate a low-attention span format: Republicans are not trying to make the value of pi “exactly 3.” This is an ancient Internet rumor that Snopes debunked when you were like 8 years old. Also, people should probably read articles and not just headlines, when they have the chance.