The Week in Reproductive Justice: Turns out That When You Cut Planned Parenthood Funding, Abortion Rates Go Up

Who could have guessed, except everyone. 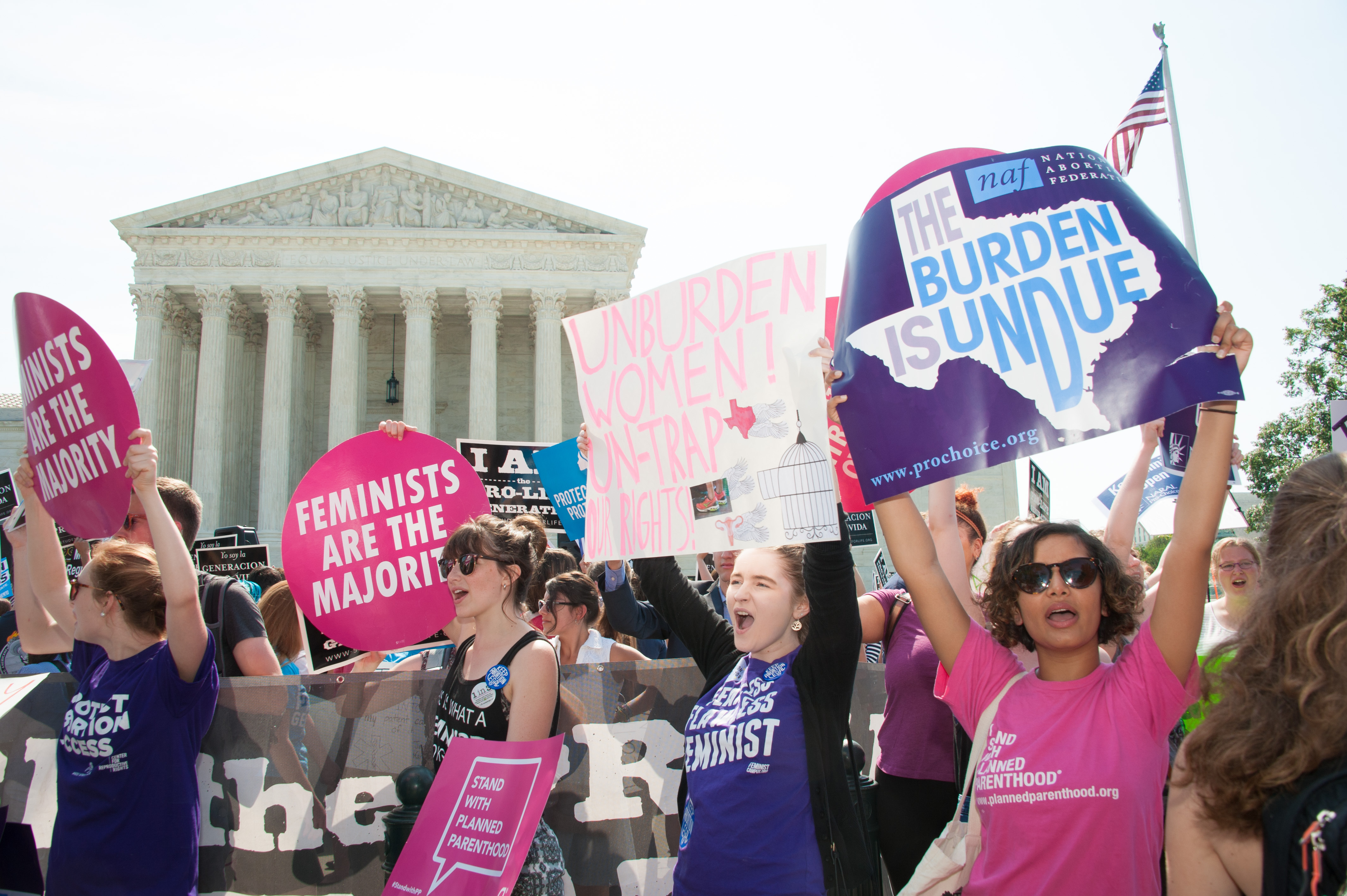 This week, amidst the contentious battle to force a vote on the GOP “health care” bill that, friendly reminder, would slash federal funding for Planned Parenthood and essentially render pregnancy and motherhood pre-existing conditions, it was difficult to keep up with everything going on in state legislatures across the country.

But don’t worry—we’ve got you covered.

News that a new Arkansas law passed during the state’s 2017 legislative session could force rape victims to seek permission from their rapists for abortion cast a shadow over the weekend, but as-freaking-always, the American Civil Liberties Union, Center for Reproductive Rights, and Planned Parenthood have emerged to take things to court and save us all.

HB1566, the law in question, blocks women seeking abortions from having autonomy over their bodies with an innocuous amendment attached to a law that gives family members of the deceased determinism over what happens to the body. Under the new provision, embryonic or fetal tissue from abortions would be treated as a “deceased” family member, and the 2009 law mandates that the pregnant woman and fetus’ father must have equal say over its disposal. The fetus’ father could, again, be her rapist, an abusive husband, or maybe even an estranged ex.

When it comes to unpacking everything that’s wrong with the law, from how it would disproportionately target rape and domestic abuse victims to how it misleadingly humanizes fetuses and stigmatizes abortion, it’s hard to know where to start. Of course, the law could also mean plenty of women being denied access to safe, legal abortion because of the unilateral decision power it gives to men, meaning more women being forced to make expensive trips out of state, or putting themselves in danger with attempted self-terminations.

The bill would go into effect on July 31, but with the ACLU working tirelessly to fight it, maybe we don’t have to panic just yet.

On Wednesday, the Alabama Civil Court of Appeals granted a 12-year-old impregnated by a relative judicial bypass to have an abortion without parental consent, after a district attorney previously denied her. The unnamed 12 year old isn’t in contact with her father, and her mother reacted violently to news of the 12 year old’s pregnancy as a result of statutory rape.

We all know the road to an abortion is one fraught with a wide range of barriers that burden, shame, and even traumatize pregnant women across the country. But for minors, that path is even more obfuscated. Right now, 38 out of 50 states require minors to either obtain parental consent or judicial bypass via a private hearing with a county judge, who will assess whether or not the pregnant minor is mature and informed enough to have the procedure, or in a family situation that could put them in danger if their parents knew of their pregnancy.

In addition to having to navigate the complex legal process around obtaining judicial bypass, most minors, without the stable incomes adult women typically have, must also struggle to find a way to pay for the procedure.

So, sure, it’s good news the Alabama Civil Court of Appeals opted to grant a traumatized and abused young woman the right to an abortion that she should have been able to have with or without permission from a judge. But the case should raise all kinds of questions about why parental consent laws and judicial bypass proceedings have to exist at all when they merely serve to infantilize, endanger and deny female minors bodily autonomy.

A new study from Texas A&M University this week revealed the consequences for conservative attacks on funding for women’s health clinics solely because abortion makes up a fraction of the services these clinics provide: a higher abortion rate among the state’s teens.

In 2011, then-Texas Gov. Rick Perry said his goal in cutting funding for Planned Parenthood was to “ensure abortions are as rare as possible under existing law.” As a result, more than 80 percent of the state’s women’s health clinics were forced to shut down in the years that followed, and considering these clinics were some teens’ only source for accurate sexual health education and access to contraception, it’s no surprise the rate of abortions among teens rose 3 percent higher than what it would have been in the three years after 2011, had Planned Parenthood remained funded.

The key takeaway here is that the same tools that prevent pregnancy — comprehensive and unbiased sex ed and birth control — are the same tools that prevent the need for an abortion. Clearly, there’s a direct relationship between the rate of abortions and the availability of women’s health clinics. If conservative abortion opponents were able to get over their prejudice and disdain for facts, they might find supporting Planned Parenthood would advance their goals much more effectively than defunding the organization.

In 2010, Ohio had 16 clinics offering abortion services. As of this week, following the closure of one clinic, it’s down to eight to serve its millions of people of reproductive age.

While the circumstances around the clinic’s closure remain unclear, Kellie Copeland, executive director of NARAL Pro-Choice Ohio, has been critical of the state’s anti-abortion environment instituted by Ohio Gov. John Kasich, who this year signed into law a ban on abortions at 20 weeks gestation.

“Ohio women deserve access to safe, legal abortion care in their communities,” Copeland told the Columbus Dispatch. “Unfortunately, Kasich and his political appointees in the Ohio Department of Health have created an environment that discourages doctors from opening new clinics in the state.”

Today, seven states have only one clinic remaining open to serve millions of women of reproductive age, and as of 2012, 87 percent of counties don’t have a single clinic offering abortion services. Under these circumstances, often as a result of expensive, medically unnecessary requirements assigned to clinics to shut them down, women seeking abortions are forced to travel out of state or resort to dangerous, DIY methods.

The situation in Ohio where abortion access is concerned isn’t quite as dire as it is in other states just yet, but nonetheless, the closure of yet another clinic in Ohio means yet another community of women will face undue burden in trying to have an abortion.