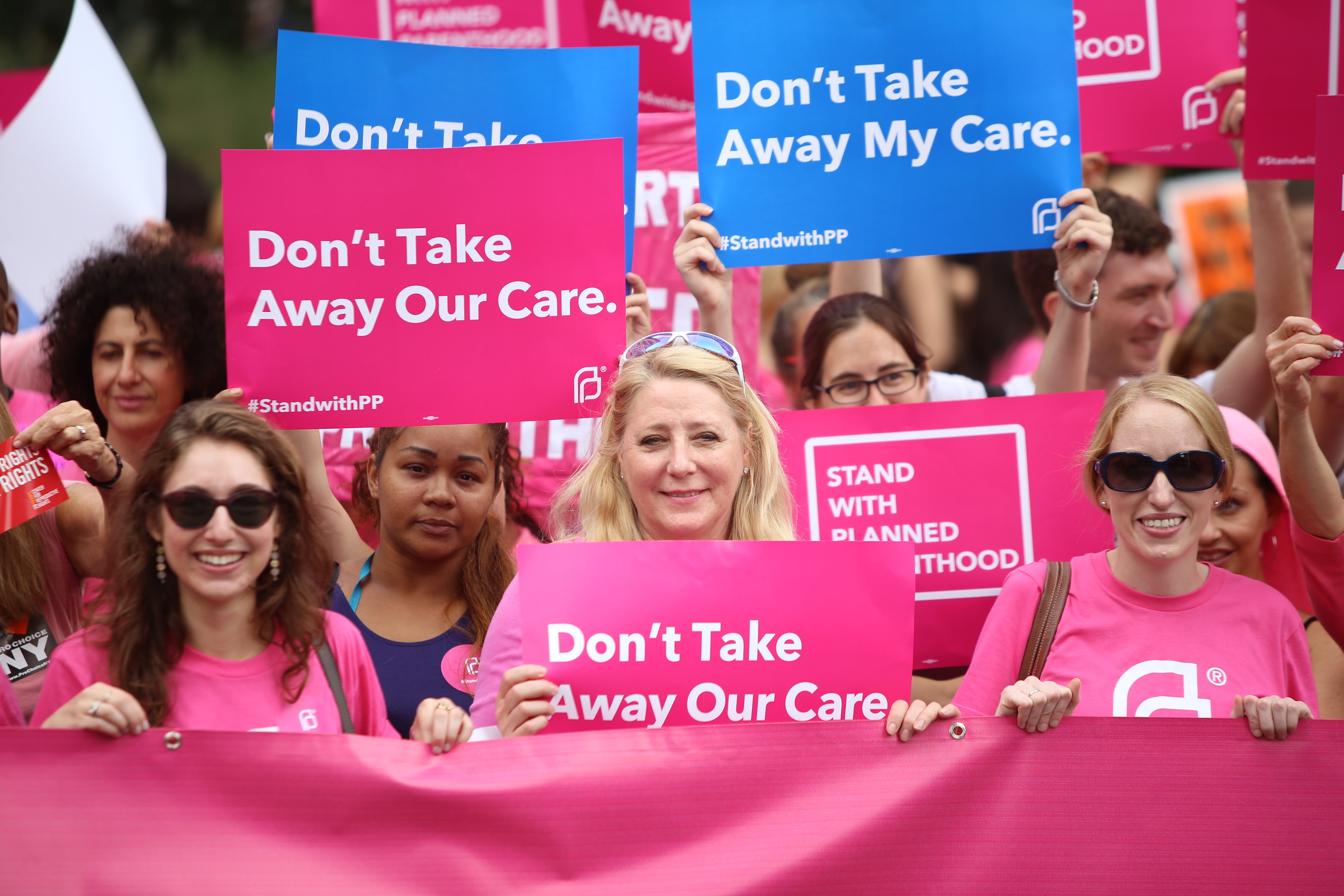 Welcome to “The Week in Reproductive Justice,” a column that will run— you guessed it!—weekly at The Mary Sue, and offer an incisive roundup of all news related to the hot-button issue of what lawmakers are allowing women to do with their bodies.

This past week, we’ve been blessed with the delightful news that the White House gender wage gap has tripled since Donald Trump became president, and it came to everyone’s attention that the House of Representatives has an “appropriate attire” dress code, which for women means nothing sleeveless or open-toed. Yes, your shoulders had best be covered. Because even though Washington D.C. is a hell-swamp in the summertime, bare arms are bad and probably distract Paul Ryan from his lifelong dream of taking healthcare away from the less fortunate. Of course, the code is cruel to men, too—nobody wants to wear a suit and tie in this weather—so maybe let’s get rid of outdated dress restrictions entirely. For everyone.

Last Friday, Michigan Gov. Rick Snyder announced that he would veto a bill that would require Michigan to produce and sell anti-abortion license plates as a part of fundraising efforts by anti-abortion organizations. The license plates would bear the slogan, “Choose Life,” and include a link to ChooseLifeMI.org. Snyder has said the plates bear a “political message” that would “divide millions” of Michigan residents. No kidding.

Similar attempts to establish publicly funded anti-abortion propaganda in public places have been seen in states like Oklahoma, which, in 2016, attempted to require all public women’s restrooms to bear posters discouraging women with unwanted pregnancies from having abortions, telling them they had plenty of other options. This is, of course, something of an empty promise since Oklahoma is one of the worst places to access health care as a woman.

As of January this year, physicians and nurses in the state of Illinois have been required to inform pregnant patients of all options available to them—this, naturally, includes their right to an abortion. This law might make sense to the ordinary person; it’s sort of a doctor’s job, regardless of his or her personal views, to ensure their patients are making informed choices. And your right to an abortion isn’t exactly a right if you aren’t even aware of it.

But the people behind Christian crisis pregnancy centers, which are in the business of deceiving women into forfeiting their reproductive rights, incensed by what they perceive as a gross violation of physicians’ right to religious freedom, aren’t exactly “ordinary people.” The anti-abortion Thomas More Society claims this law forces doctors to become involved “in something that’s inherently evil.” Of course, this ignores the reality that just as no one was forcing Kim Davis to be a county clerk and sign off on gay people’s marriage licenses, no one is forcing doctors repulsed by the idea of women having autonomy over their bodies to work as physicians and *gasp* tell their female patients about their rights before the law.

These crisis pregnancy centers are now suing the state of Illinois, and we’ll just have to wait and see how this one plays out.

Teen Birth Rates Reach All-Time Low, But Republicans are Determined to Change This

According to a Friday report by the Center for Disease Control, teen birth rates in the United States have reached an all-time low, falling 9 percent from 2015 to 2016 with a record low for women from the ages of 15 to 19. Vox notes that “the sharp decline in teen births is great news because teen mothers are statistically more likely to drop out of school, fall below the poverty line, and miss opportunities to advance in the workplace,” so that’s cool.

But the decline in teen births is largely due to wider access to birth control and sexual health education, compared with states that mandate abstinence-only education and have some of the highest rates of teen births in the country. Another study from earlier this year revealed the vast economic benefits for all that wider access to birth control would yield. Women’s health organizations like Planned Parenthood have been providing minors, LGBTQ youth, and other marginalized, vulnerable groups with access to these resources for years, and women’s health organizations like Planned Parenthood are slated to be defunded under Republicans’ proposed “health care” bills.

It’s anyone’s guess what will happen to the national teen birth rate if Planned Parenthood is successfully defunded, but something tells me it won’t be good.

On Tuesday, the Democratic-controlled Oregon House passed a bill, introduced by state Rep. Julie Farley, that will appropriate $10 million toward ensuring all women in the state have access to cost-free post-natal care and abortion, which will also be available to the state’s undocumented women.

This bill, which will also protect Oregon women’s right to an abortion should Roe v. Wade be overturned by the Supreme Court, marks a victory for advocates for public funding of abortion, which has always been severely limited due to the Hyde amendment. Hyde prohibits federal funding from subsidizing abortion services for women on Medicaid except in cases of incest and rape, and, of course, disproportionately harms lower-income people.

In the past four decades since the Hyde amendment became law, it’s impossible to guess how many low-income women have been injured or killed in attempted self-terminations; public funding for abortion saves lives, and if more states follow Oregon’s example, we’ll all be healthier and safer for it.