Why I’ve Been Replaying Undertale After the Election

Not the coping method I expected to use. 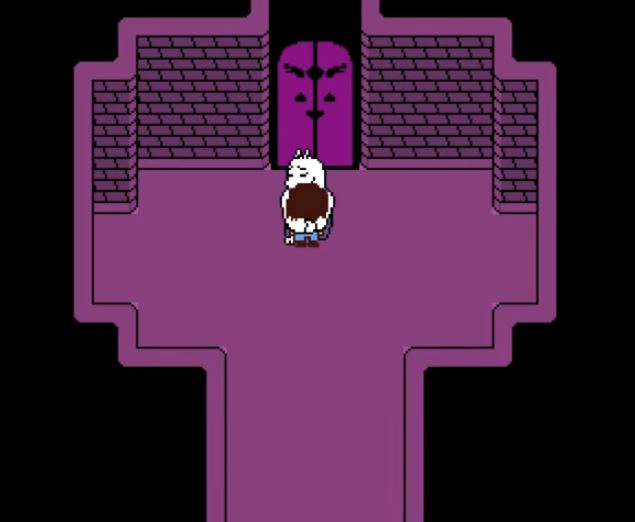 I think election night was a bad time for most of us. At least that’s what I’m assuming, since you’re reading an article about coping in the aftermath. I started out checking the incoming results excitedly, then compulsively, the same way you scratch as a bug bite even when it’s already bleeding. My partner was with me over video chat, and when I needed to either distract myself or escalate from rocking quietly in my chair to a fullblown panic attack, I suggested we finish playing Undertale.

It wasn’t something I picked out for some thematic reason. She’d wanted to see it but didn’t want to deal with the Bullet Hell gameplay, and I still had it in my Steam library even if I hadn’t played for a year. Simple as that. And while it might not have seemed like it, as my partner and I were quietly crying on both sides of the connection–hearing the final tallies, feeling scared and sick–it turned out to be the best decision I made that night.

Back in September, Toby Fox wrote a retrospective on Undertale’s popularity for the game’s one-year anniversary. He talked about how stressful the game’s sudden boom in popularity was, which gels with his famous reticence in interviews since the game’s release, but ends by saying he’s glad it’s become such an icon. That it’s touched so many people who’ve said that it made them want to be better people, and that those people will go out and make art of their own with this game as their inspiration.

I mean, it’s hard to top a game getting sent to the Pope, y’know?

It’s easy to see why Undertale spoke to so many people. It’s rare to find a game that so thoroughly embraces nonviolence not just in mechanics but integral themes (though of course there are plenty of games with pacifist routes, from indie offerings like Iji to big fish like Metal Gear Solid). It’s a truly special game. And yes, I know the wave of praise for this game and the ensuing backlash have already both come and gone. Most people have not only heard of it but either played it or seen all the salient spoilers. As much as I liked it, I’d stopped thinking much about it months ago.

Ever since November 8th, I’ve been thinking about Undertale a lot. Because yes, it was a comfort in that broad sense. It made me want to be kinder. To help people where I could. To remember that there are good things in this world. It’s all pretty theoretical, but then…this whole thing has been thus far, at least for me. I’m white. I can pass as cis if I need to. My work as a freelancer leaves me safer than many from things like the proposed First Amendment Defense Act. When I say all this, I know I’m far more privileged than those currently fearing physical violence and other immediate threats. And I know this too: saying Undertale made me want to be better doesn’t mean I wanted to go out and hug a Trump supporter.

Here’s the thing: “pacifism” in Undertale doesn’t mean standing around and letting things happen to you. The Fallen Human (I know, everyone knows their name by now, but the official Undertale merch leaves it vague so I will too) doesn’t sagely nod and say “yes, I think I should let you rip out my heart and then wipe out humanity. I was selfish not to see how that would solve things.” They didn’t allow monsters who were frightened of them to wipe them out. And yes: after the fact, it often turns out that those monsters were frightened and uncertain too, and that in talking to them there’s a way forward. But even when that dialogue opens up in the middle of a fight, it isn’t possible or resolvable until the fight is over–until the opponent is no longer trying to kill the protagonist.

I absolutely believe that when it is safe, when the lives and rights of marginalized groups are no longer under terrifying threat, that conversation is vital. That there are moderates and people who come from communities where there is little to no diversity who are ignorant rather than malignant. I believe that that’s noble work. But to use the metaphor that I’m sure is tortured by this point, the battle isn’t over. I and so many others can’t talk right now, nod and be expected to say “ah yes, I understand how you weren’t thinking of disenfranchisement when you voted for this man. Please understand that those are nonetheless the consequences of your actions.”

Education is one of the most important tools we have. But it’s also exhausting, time consuming, and just about impossible when you’re already working on keeping yourself, your dependents, your community out of danger. I imagine that the experience of wanting to keep a loved one in your life while also knowing that they have helped contribute to a system that has deemed you some degree of “lesser,” is something I’m not alone in.

I don’t want to end this by being prescriptive. Media touches us all so differently, after all, based on time and space and experience. Maybe Undertale is too saccharine, too abstract, for what you’re feeling right now. I can only tell you some small thing that’s given me strength, and hope it helps you too: you are not alone; there are still good things and good people in this world, and they are worth fighting for; wanting peace doesn’t mean you have to allow others to hurt you.

And hey–I can’t hug the person I love right now, but a metaphorical hug is far from nothing. So here’s one for all of you too, alright? Stay determined.

Vrai is a queer author and pop culture blogger; they’re feeling a bit more Napstablook than Mettaton right now. You can read more essays and find out about their fiction at Fashionable Tinfoil Accessories, listen to them podcasting on Soundcloud, support their work via Patreon or PayPal, or remind them of the existence of Tweets.