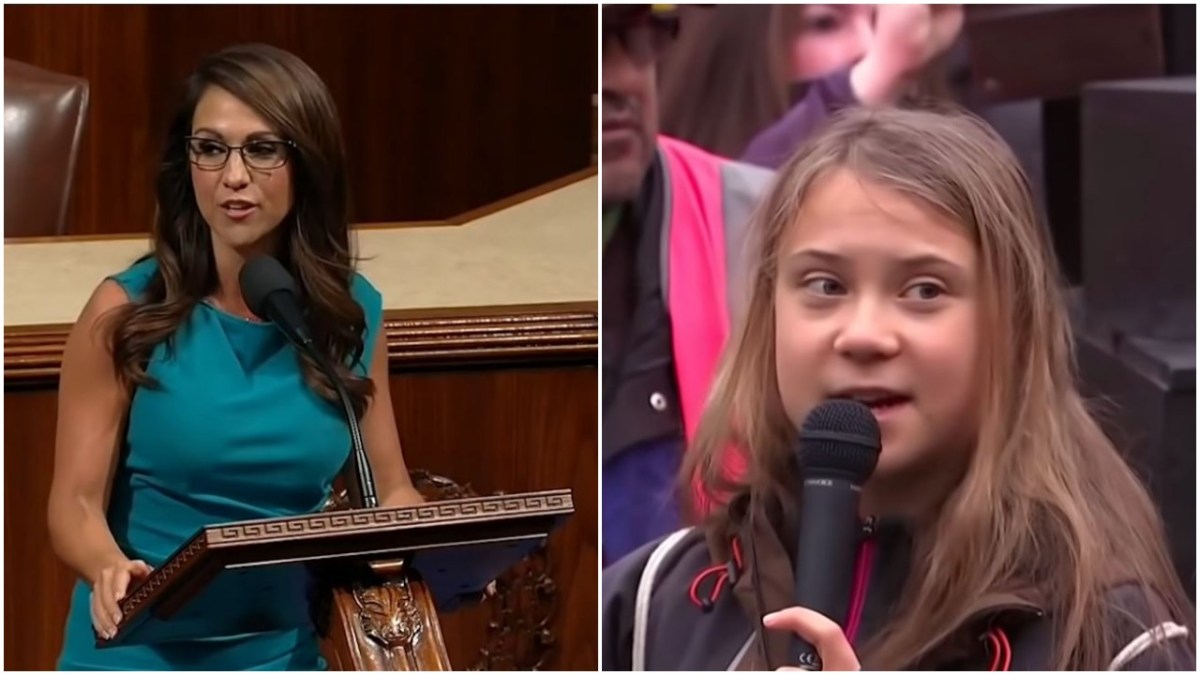 Thunberg was protesting outside the United Nations COP26 climate change conference in Glasgow, Scotland, where she led a crowd of supporters in demanding real change instead of vague talking points. Thunberg called out the political lip service, saying “No more blah blah blah … No more whatever the fuck they’re doing inside there.”

Of course, we all know exactly why Thunberg is protesting. Climate change is an existential and indisputable threat to our future, but right-wing horrors like Boebert are allergic to science and facts. Of course, in retweeting Thunberg’s video, she unknowingly amplified the teen’s message.

It’s a banner week for Boebert, who threatened to blow up the metal detectors at the Capitol and trolled Pete Buttigieg for taking paternity leave. She also mistakenly filed as a candidate in Utah, which is not the state she represents.

Twitter was quick to dunk on Boebert and her mealy-mouthed complaints against environmental activism. I’m sure if Greta was some woman screaming about vaccine mandates or LGBTQ books, she would have been fine.

Thank you for helping broadcast her message.

While it’s clearly lost on you, maybe it will resonate with people who would like to save the planet.

Why would you criticize a young girl who is articulate and passionate in her beliefs? It’s her world that is at stake. Try listening. Try learning.

Greta will be remembered for a good long while.

You will be forgotten shortly, @laurenboebert

Maybe she’s jealous that a teenager has over 4 million more Twitter followers than she does. Or maybe she’s just a craven ghoul who gets her rocks off trolling kids. Either way, Boebert is a disgusting human being and a dangerous presence in Congress.

Maybe she should focus more on allegations that she helped plan and perpetrate the January 6 Capitol riots instead of playing games on Twitter. But that would require A) intelligence and B) a soul, and she has neither.