Rep. Jim Jordan Continues to Get the Ridicule He So Richly Deserves 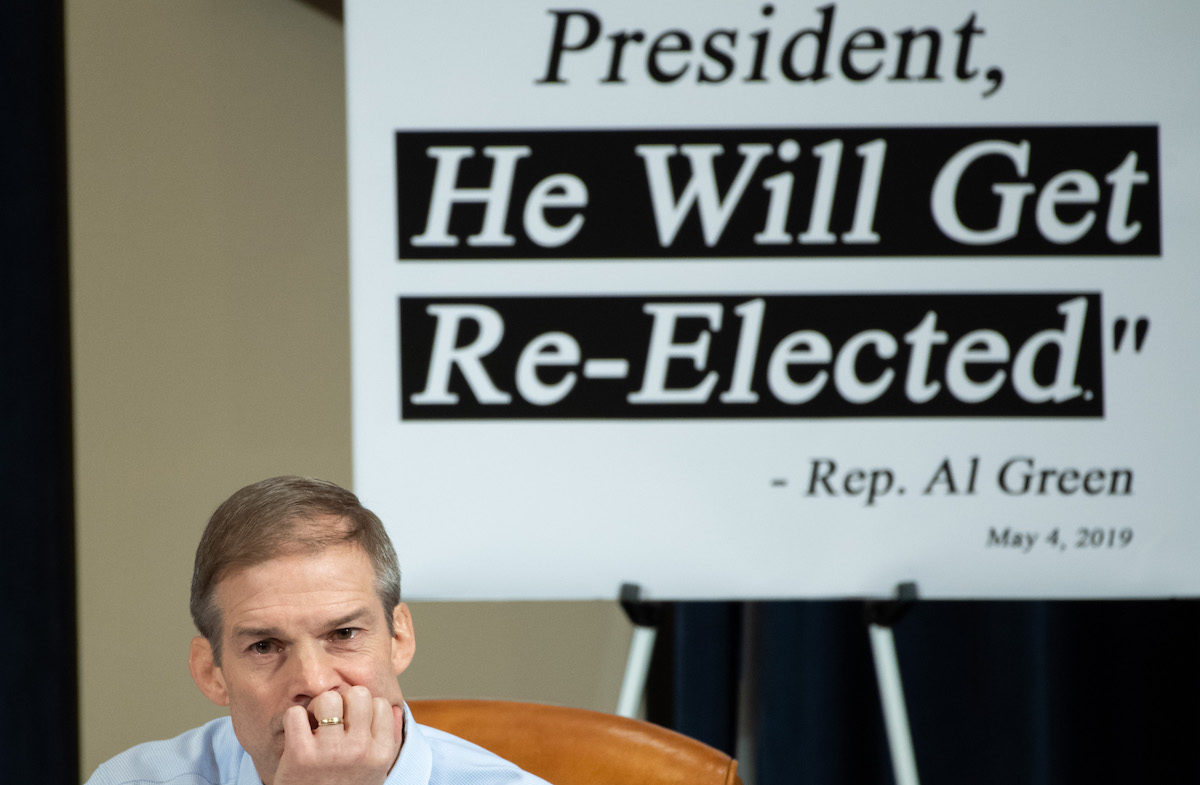 U.S. Representative Jim Jordan is often the talk of the internet because he speaks and we can physically feel our brain cells die, but today, he went on a long-winded tangent during the impeachment hearings for Donald Trump, saying that Democrats don’t care about the American people because they just want Trump impeached.

His logic was that the American people put Trump in the office, which … isn’t true. To quote our tried and true statement that everyone has been chanting for the last 3 years, Trump lost the Popular Vote. We have, in fact, talked to death the fact that the Electoral College put Trump in office. This only came after Jordan tried to smear the reputation of Lt. Col. Alexander S. Vindman, who testified publicly today, and it majorly backfired in Jordan’s face. Still, we delight in watching Jim Jordan crash and burn.

Beyond his mindless shilling for Trump, Jordan continues to be called out for his allegedly reprehensible behavior when he served for years as assistant wrestling coach at Ohio State University. Jordan is accused of knowing about rampant sexual abuse committed by an OSU team doctor and and not taking any action against it.

So, now that we’re all on the same page that he is literally the worst, we can at least sit back and laugh at all these tweets mocking him.

Wow watch Jim Jordan pole axe himself. Does he know these hearings are being filmed? It’s like he’s making free campaign ads for his opponent. https://t.co/XFJ0p14Nv0

Pervert Jim Jordan is accused of allowing and enabling the mass sexual abuse of male student athletes. A referee warned him about it and he ignored it.

Before he speaks to try ruining the reputations of more people, this is what should always be remembered about him.

Jim Jordan said that the American people put Trump into office and should we tell him about the popular vote?

Jim Jordan just spent so much time ignoring the witnesses right in front of him, you’d think they were Ohio State wrestlers.#ImpeachmentHearing

Jim Jordan was elevated to this committee. He is their star player. Their MVP. Just goes to show you the Republican have nothing. Nada. Not a single defense for Trump’s corruption.

listening to that 5-minute Jim Jordan harangue that did not contain a question like pic.twitter.com/G4wJBh7kBy

So, everything sucks and this is terrible, but at least we get to laugh.