How can you connect in an age / Where strangers, landlords, lovers / Your own blood cells betray... 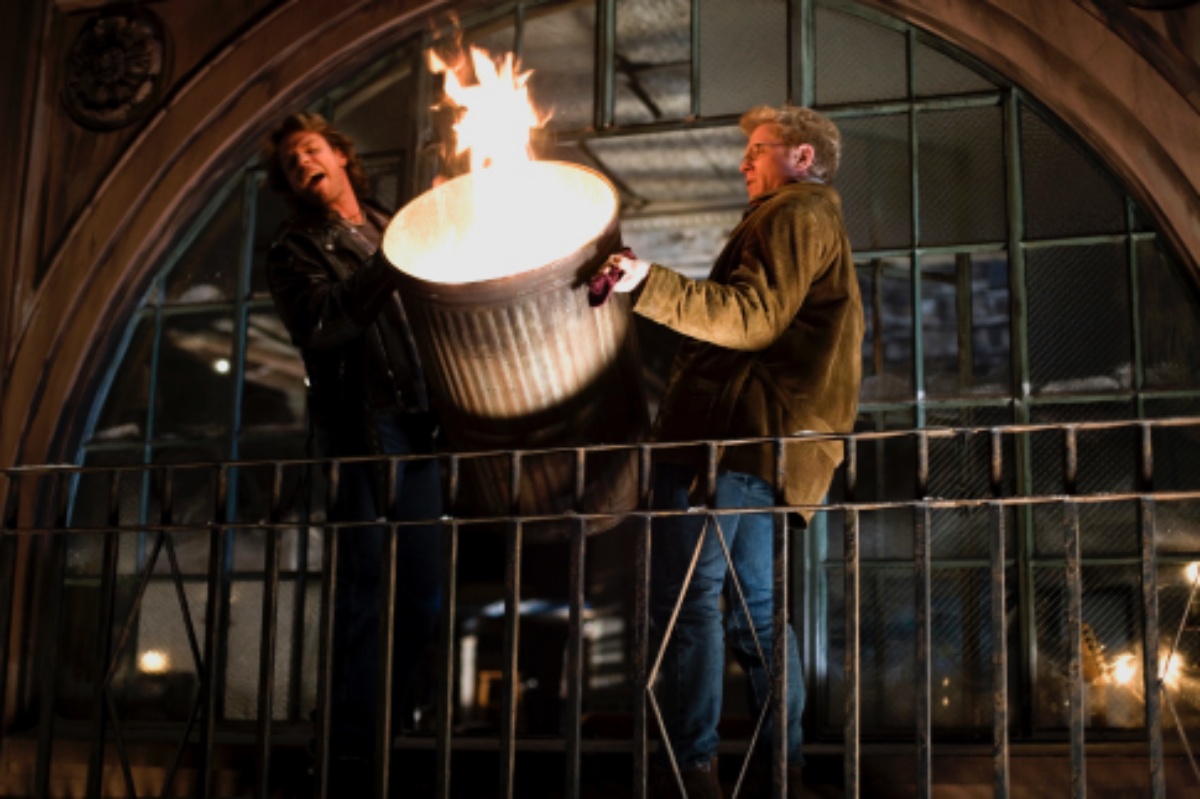 The hit Broadway musical RENT is polarizing and imperfect for quite a number of legitimate reasons, yet during the time of coronavirus, a lot of the songs have been resonating with me. As we are stuck in a moment in time when conversations about rent, debt, and disease have intersected in a way that does make me ask: “How do you document real life / When real life’s getting more / Like fiction each day … ”

RENT, for those who may not know, was a 1996 musical about a group of impoverished artists struggling to make it in Lower Manhattan’s East Village during the peak of the HIV/AIDS crisis. It was written by Jonathan Larson, who tragically passed away from an aortic dissection on the morning of the show’s first preview performance.

The show tackles issues of homophobia, gentrification, selling out, love, sexuality, and death. While, as I said before, it has been criticized thoughtfully, it also holds a powerful place in a lot of people’s hearts. For me, it was one of the first shows I ever watched on Broadway with my mother, which would, a few years later, make me comfortable to come out to her.

Where RENT intersects with the anxiety of the Coronavirus/COVID-19 is the issue of vulnerable populations and the responses from the government. While the comparisons between the AIDS epidemic and what we are going through now have more differences than similarities they do have three things in common: the labeling of the pandemic being used to target marginalized people, the disproportionate way it will affect people of color, and the heightened focus on celebrities.

Before it was called AIDS/HIV, the media and others were referring to it as GRID (Gay-related immune deficiency). AIDS/HIV has also been used to spread anti-Black propaganda about Africa. I heard people saying AIDS happened because someone had intercourse with a monkey and even now it is used to form a narrative about poor Black people.

The coronavirus has been called  “The Chinese Virus” by the Trump administration and right-wing pundits who want to place all the blame on China and deflect from the US government’s own failure to handle the issue. When one Republican made comments about Chinese people eating bats and how that fits in with the “civilized” world, it was a dog whistle many heard loud and clear. Still, that hasn’t stopped the hate crimes and harassment committed against Asian people in this country.

When non-gay people were diagnosed with HIV/AIDS, like tennis player Arthur Ashe, and famous gay celebrities like Rock Hudson and Freddie Mercury, it created more collective empathy for the average person. It was also the picture of David Kirby, an American HIV/AIDS activist, for Life that ended up allowing people to see that it wasn’t just a “gay” disease. Mostly because they were able to see the pain Kirby was going through and the pain of his father, sister, and niece who were seated around him.

Economically, the HIV/AIDs pandemic had a huge economic impact on the countries in Africa where it hit the hardest. For those in the United States, the medical system made expensive drugs that the average person could not afford and with treatments that were sometimes painful.

Back to RENT, I’ve heard many people say “why do they think they can just not pay rent” and yes, that is true. The sentiment just plays into this idea that this system is fair and that rent is fair. Ask any New Yorker who used to live in an “undesirable area” that now has several new buildings and commercial spaces how fair the rent prices are. I’ve seen areas of Brooklyn that used to be considered “too ghetto” or “unsafe” to live in flooded with young white transplants who have completely changed the economical landscape to the point where it is unlivable for most people who have grown up here.

Right now, with so many people out of work, activists are fighting to protect the average person from not just not having to pay rent, but not having to pay back rent, when people go back to work. Should you have to pay rent in a pandemic where you have to watch the people around you get sick and die? Should you be punished for choosing a creative career that doesn’t have the same financial safety net as some other jobs? If there are freezes and exceptions made on mortgages, are we not obligated to find a way to help tenants who do not own their own property.

It is sort of funny that if you follow the “Benny was right” adage from people who say that now, it means that we have to agree that it is better for these characters to sell out an entire neighborhood so they can live rent-free. Funny how we can be convinced that some annoying poor artists are less “right” than a benevolent capitalist.

For a while, there’s been a building “Benny was right” movement from people who defend the actions of the show’s quasi-villain, former friend Benny who becomes well-to-do and buys the building where his friends are squatting. He offers them the opportunity to live rent-free if they help shut down the community protests against his building plans. The people who now defend Benny as a well-meaning landlord are suggesting we have to agree that it is better for these characters to sell out an entire neighborhood so they, personally, can live rent-free. Funny how we can be convinced that some annoying poor artists are less “right” than a benevolent capitalist. These issues remain as important and prevalent as ever in our current-day situation.

We’re not gonna pay rent
‘Cause everything is rent