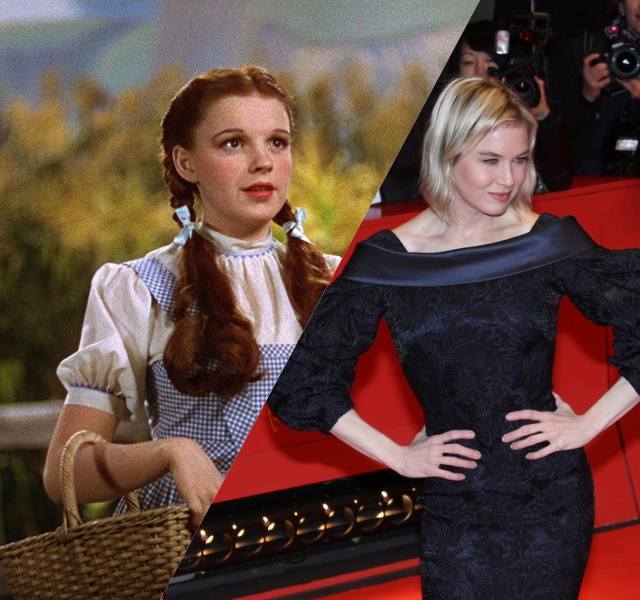 Renée Zellweger showed her immense musical talent in Chicago almost ten years ago and has continued to be an acting icon since. So when news broke that she would be playing the iconic Judy Garland, I was excited because that is an amazing choice, but I also feel like Zellweger will be able to masterfully handle the complexity of the role.

For those of you who haven’t been obsessed with Garland for years or listen to You Must Remember This, the iconic Wizard of Oz actress had a very emotionally difficult life due to childhood abuse, coupled with body issues brought on by the cruelty of the studio industry that led her down a lifelong addiction to pills.

History has maintained Garland’s grand legacy with the help of her amazingly talented daughters, Liza Minnelli and Lorna Luft, and the great love that LGBT community has for her, not to mention The Wizard of Oz is one of the most iconic films of all time. But what must never be forgotten is how Garland’s life was tormented by facing great pressure to fit a physical ideal of a Hollywood leading lady, which took a toll on her emotional health that was never recovered. Her death at 47 was the result of the sexist and male-driven infrastructure of Hollywood that we are finally at least starting to openly deal with.

According to Women and Hollywood, the film will focus on the latter part of Garland’s life and deal with the complexity of being an aging female Hollywood star.

“30 years since ‘the world’s greatest entertainer’ shot to global fame in ‘The Wizard of Oz’ and as she prepares for the concerts, she battles with management, charms musicians, and reminisces with friends and adoring fans, while also embarking on a courtship with Mickey Dean, her soon-to-be fifth husband… Yet Garland is also fragile, and having spent 45 of her 47 years working, is haunted by memories of a childhood lost to Hollywood and a desire to be back home with her kids.”

It’s exciting to see a movie like this in the works, and I think it’s important that we recognize that a lot of damage has already been done to a lot of actresses, who because of the times, had even less of a voice than women now. Judy Garland’s story is the story of all the darkness Hollywood can put upon a young woman reared in the system to believe her only value is her looks. I have no doubt that Zellweger will bring her own experiences with Hollywood’s insane beauty expectations to the role.