Remus Lupin Was an Amazing Figure of Non-Toxic Masculinity, Don’t @ Me 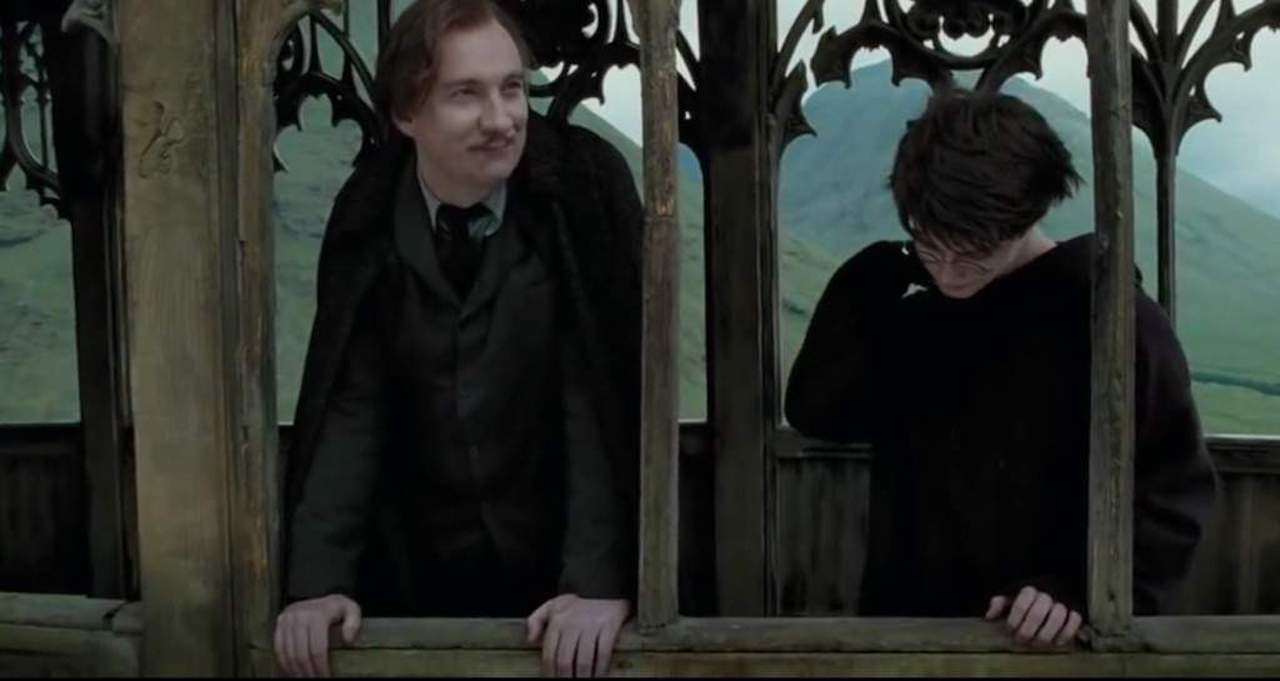 There has been a lot of Fantastic Beasts discussion about Newt Scamander and whether he, as a hero, is a good example of non-toxic masculinity. As someone who loves a good hero who shirks the idea of toxic masculinity (Steve Rogers, Thor, Steve Trevor, and Finn are all my favorite examples), I will say that my favorite part of the eternally frustrating Newt is that he tends towards the kind, the compassionate, and the non-violent.

However, I think the first introduction I ever had to a character who displayed non-toxic masculinity remains the superior compassionate character in the Harry Potter franchise. I am talking, of course, about Remus Lupin.

Even when I first read Prisoner of Azkaban when I was a tiny, not-jaded Potter fan, Lupin was my absolute favorite. I own two copies of the third Harry Potter book because my original has fallen apart to such a degree that it now deserves to rest in a glass case somewhere. There is much to love about the wonderful third book, from Hogsmeade to hippogriffs, but Lupin is one of the best additions to the series.

We’re first introduced to Lupin on the Hogwarts Express, where Harry and his friends wonder about how “shabby” he looks as he dozes in the corner, and why a professor is on the train with them. Lupin wakes up when dementors converge on the car, drawn to Harry’s trauma, and he immediately dispatches them. He makes sure Harry gets some chocolate in him and makes sure his soon-to-be students are safe.

This might seem like a low bar, but between Dumbledore’s “I’m like a cool grandpa who wants you to die” schtick and Snape abusing students left and right, this kindness sticks out.

It’s a kindness that he doesn’t only extend to the son of his former best friend. He’s genuinely kind to all of his students, especially to poor, frightened Neville during the boggart sequence. He even behaves courteously towards Snape, who treats him like utter garbage the entire time.

Let me just say this about Lupin’s boyhood misadventures and why Snape might still dislike him: He didn’t know that Sirius sent Snape to the Whomping Willow, and also anything Snape endured did not mean that Snape should out him to the entire school and get him fired from what was probably his only stable job in his adult life.

Lupin’s wolfy secret could have made him a complete and utter asshole. Look at Snape, whose big hangup is that he got rejected for being a racist supporter of a fascist organization and held that against everyone until he died. Lupin, who was cursed as a child and as a result was ostracized his entire adult life, shows nothing but kindness towards others, despite the Wizarding World trying to break him at every turn.

He’s an empathetic individual who is, without a doubt, the best Defense Against the Dark Arts teacher in the entire series, and who bravely stands up for what’s right when Voldemort rises again, even at the cost of his own life.

When Harry turns to him for private help fighting off the dementors, Lupin does so and never once belittles or becomes angry when Harry can’t produce a patronus or gets frustrated. He’s supportive and encouraging, and it’s his teaching that allows Harry to actually access his most cherished memory and conjure a full patronus. Again, being a decent teacher is a low bar, but this is Hogwarts we’re talking about.

Lupin consistently reacts with kindness and empathy, which is why his characterization in Deathly Hallows is, as the kids say, bullshit. Flaws are great; abandoning your pregnant wife is another thing, not to mention Rowling used Lupin’s moment of weakness to half-heartedly justify offing him by saying that Arthur Weasley had to live instead, since he was one of the few good fathers in the Wizarding World.

Arthur’s great, but Lupin is still a better father figure than literally every other character. Am I still bitter? Probably.

J.K. Rowling, in her infinite capacity for heteronormativity, intended Lupin’s struggle with lycanthropy to be a metaphor for the AIDS crisis, but that reading falls very flat after she has aggressively denied that he might be queer at any turn. Interestingly enough, both Prisoner of Azkaban director Alfonso Cuaron and actor David Thewlis, who now plays the anti-Lupin in Big Mouth, read the character as gay.

To try to apply the idea of non-toxic masculinity to a character written by an author whose flaws become more apparent with each reread will never quite work, but in his first outing, Lupin is every inch the non-toxic male hero. His compassion and empathy drives him to care for his students, and I only wish he’d have had the chance to actually grow, rather than play pair the spares and die for shock value.

If Newt is now leading the way for a new kind of wizarding hero, then Lupin paved that way.

Harry Potter and the Prisoner of Azkabanmasculinity