We Sure Did Love Resurrection Movies in the ’80s and ’90s 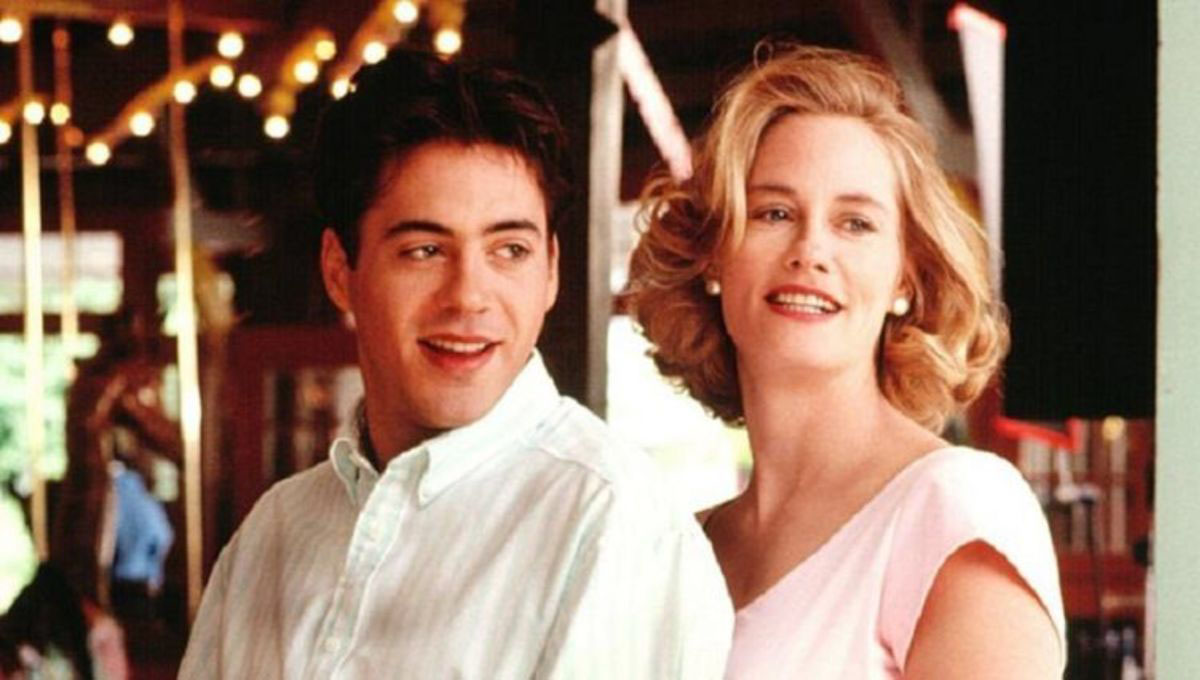 Recently, I decided to watch the movie Chances Are and realized, quite suddenly, that there was a span of roughly 9 years where we loved movies about reincarnation. At first, I thought maybe it was just a coincidence, but then I started to look into it, and from the late ’80s to the new millennium, there are roughly 5, if not more, movies all around the idea of coming back to life and finding your love.

It isn’t a rare idea; there are plenty of films across the board with this idea, but focusing, especially, on Chances Are, Switch, and Jack Frost, there was a very distinct feel to the idea of reincarnation in that time period that feels both extremely weird and also horribly terrifying? What’s even worse is that I maybe think it’s charming?

Going in order of release, let’s first focus on Chances Are, a movie where Louie Jeffries (Christopher McDonald) dies and wants to get back to Corinne Jeffries (Cybil Shepherd) and their unborn child. He decides to just jump into the closest baby that’s about to be born, named Alex Finch, and gives his soul to a new life. The problem is that he doesn’t have the necessary shot to make him forget his old life, so when he ends up in his old house, all his memories flood to him, and he and Corinne fall back in love.

The problem is that he also kisses his daughter, Miranda (Mary Stuart Masterson), while being Alex Finch (Robert Downey Jr.) before getting his memories back, and so the whole movie is a back and forth between his old life with Corinne as Louie and Alex falling in love with Miranda. The greater point of most of these films is about growth and moving on, but what is specifically interesting about Chances Are is that Corinne realizes she’s been in love with their friend Philip Train (Ryan O’Neal) all this time, and she marries him, but even after Alex gets his “shot” from the angel and forgets his life as Louie, both Philip and Corinne are okay with him being in love with Miranda, even though they remember? Anyway, I really liked this movie so what does that say about me?

Another movie I loved as a kid and didn’t realize was problematic until I got older was the 1991 movie Switch. Starring Ellen Barkin and Jimmy Smits, the movie focuses on Steve Brooks (Perry King), who dies and is going to go to Hell but gets a second chance at life. The goal is to go back to Earth and find one woman who loves him and doesn’t hate him and his misogynistic ways, but what he doesn’t know is that he’s being sent back as a woman. Amanda Brooks (Ellen Barkin) has all the same memories as Steve and the same tendencies, but has to find a woman to love her as a woman.

Finding Steve’s friend Walter Stone (Jimmy Smits), she tells him of her task, and throughout the movie, the two end up falling in love and having a baby together. Luckily, the baby is a daughter, and so, in the end, the woman who loved Steve Brooks unconditionally was his own daughter with his best friend. So, to be fair, when you write the movie out like this, it just sounds like the kind of movie your parents would watch whenever it was on TV and not realize how messed up it really was.

And finally, the movie that warped so many of my generation’s minds and how we view death: Jack Frost. Remember when Michael Keaton wanted to be back with his son Charlie, and so he came back as a snowman for one Christmas? Because I sure do! A movie that forever made “Landslide” by Fleetwood Mac the saddest song in the world, Jack Frost is basically one father’s hope to spend one last moment with his kid.

If you want to terrify your children, just put this movie on! It shows a talking snowman that is in no way as comforting as Frosty.

To be fair, I remember loving Jack Frost as a kid, even though it was 1998 and I was barely 7 and barely had a concept of death to begin with. But I do remember crying over “Landslide.” That I’ll never forget. Basically, the story is this: Jack (Michael Keaton) dies in a car accident on his way back from a show that his son, Charlie, didn’t want him to go on.

To help both Charlie and his mother (Kelly Preston) cope, Jack comes back in the form of a snowman, and they spend the holidays together in a way that Charlie never really got to with his father. A sad lesson about living life to the fullest while we can, the movie, yet again, is about coping with death and how we all struggle to move on. I’m just baffled parents let us watch this, because truly, I think I might have nightmares of Michael Keaton as a snowman.

Look, I think the fact of the matter is that we like thinking that when we die, we can come back, but right before Y2K, we really wanted to believe in reincarnation, and I have to respect that.